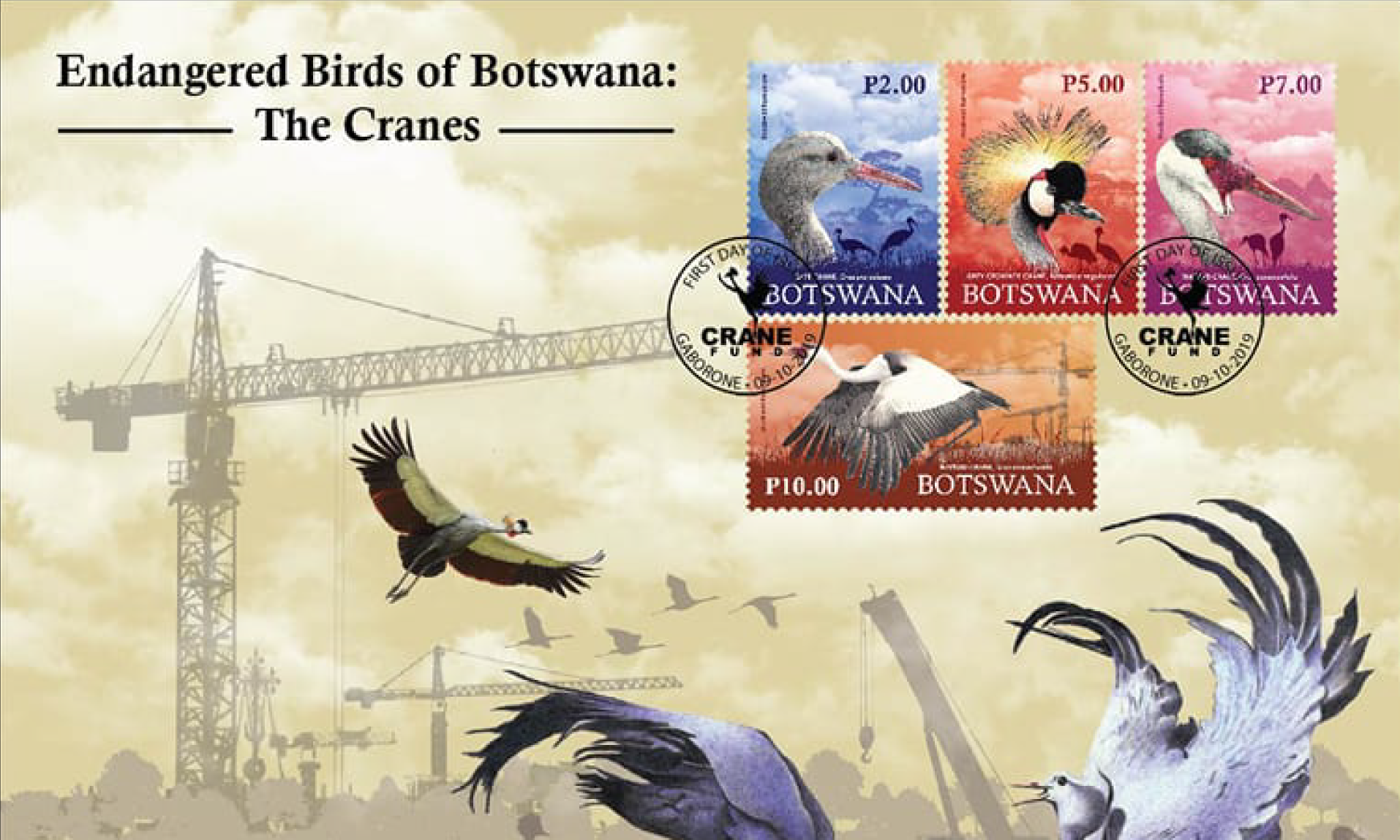 BotswanaPost has in partnership with Hoisting Solutions have launched the fourth stamp issue for the year 2019 – “Endangered Birds of Botswana: The Cranes”. This stamp issue seeks to capture a dimension of Botswana’s spectacular birdlife and promote the need to conserve these endangered species.

This unique series not only creates awareness on the diversity of Botswana’s tourism offerings but also plays a vital role in raising awareness about the need to preserve these endangered birds.

It is important to note that Hoisting Solutions are the “Crane Species Champion” in Botswana, as they remain committed to pursuing their mission, which is to create awareness on these unique birds and to source funding towards ‘The Crane Fund’. The Crane Fund is aimed at facilitating further research on the challenges that the birds face.

The artist behind the stamp issue is Modiredi Ramokate, while Irfan Kokabi was responsible for the graphic works.