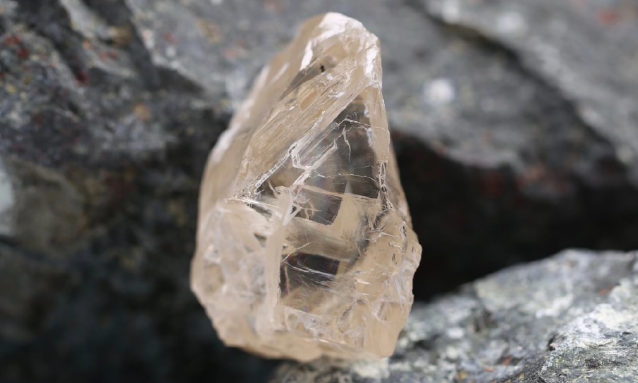 Lucara Diamond Corp. has recovered yet another massive diamond in Botswana, at a site previously owned by giant De Beers. The 472 carat light brown stone is the third largest found by Vancouver based Lucara at the Karowe mine. The site has proven a windfall for the Canadian miner, which now produces some of the biggest and best diamonds in the world. 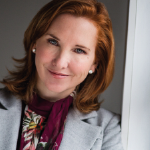 “The early sampling work that was done on Karowe was done with equipment that really was not optimal and they ended up breaking a lot of diamonds,” Chief Executive Officer, Eira Thomas (pictured right) said in a telephone interview Thursday.

“When we went into commercial production we expected to do better but we had no idea that the diamonds that were being broken were so much larger. ” 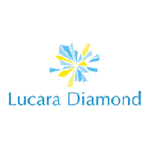 The largest stone uncovered at the site, the 1,109-carat Lesedi La Rona, was sold by Lucara last year for $53 million, or $47,777 a carat. A 373-carat chunk that broke off the Lesedi sold for $17.5 million. In 2016, Lucara sold the most expensive rough gem on record, the 813-carat Constellation, for $63 million. Although smaller than the near tennis-ball sized Lesedi, The Constellation earned a higher price per carat because of its superior quality.

Brown-coloured diamonds command significantly lower prices in world markets — typically $4,000 to $7,000 per carat — but the unusual size of this one means it will need to be valued differently, Thomas said. Some manufacturers may actually choose to accentuate the colour through polishing, while others may look to change it through heat treatment, she said.

“They tend to command a lot of interest because there are a variety of views on what can be done with stones of that colour.”

So far this year, Lucara has found 218 diamonds of more than 10.8 carats at the mine, including four stones of more than 100 carats each, the company said in a statement Thursday. While the very largest stones add volatility to Lucara’s quarterly revenue numbers, the company is consistently reaching an annualized average value of $600 to $650 per carat, and expects that to continue over the life of the open pit, Thomas said.

The biggest diamond ever discovered is the 3,106 carat Cullinan, found near Pretoria in South Africa in 1905. It was cut into several polished gems, the two largest of which – the Great Star of Africa and the Lesser Star of Africa – are set in the Crown Jewels of Britain.