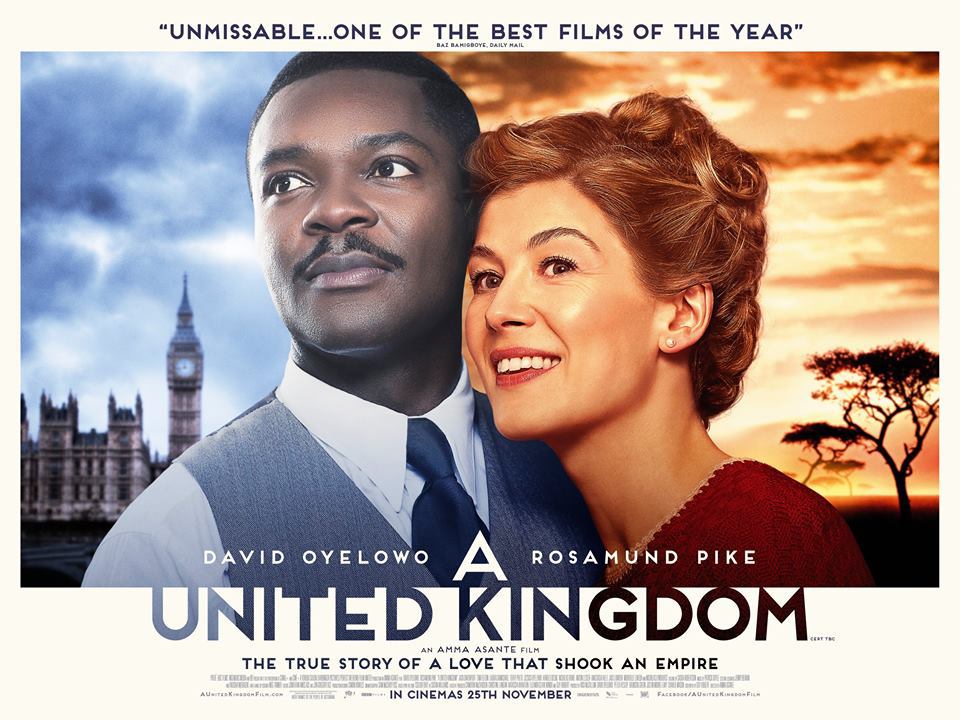 A United Kingdom is a British biographical romantic drama film directed by Amma Asante and starring David Oyelowo and Rosamund Pike. The screenplay is based on the book “Colour Bar” by Susan Williams and the film is based on the true-life romance between Sir Seretse Khama and his wife, Lady Ruth Williams Khama.

Filming started in October 2015 in both Botswana and London in preparation for its release in the UK (including Botswana) and USA (25 November 2016 and 17 February 2017 respectively) to coincide with the recent 50th anniversary of independence in Botswana.

The film has received positive reviews. On review aggregator website Rotten Tomatoes, the film has an approval rating of 91%, based on 22 reviews, with an average rating of 6.8/10. The website’s critical consensus reads, “Well-acted, solidly crafted, and all-around worthy, A United Kingdom presents an absorbing look at a singular true-life love story.” On Metacritic the film has a score of 67 out of 100 score, based on 10 critics, indicating “generally favorable reviews”.

This is a movie with well-known actors and will no doubt put Botswana on the map, so to speak. I’m sure everyone in Botswana and the southern hemisphere of Africa is eagerly anticipating its arrival in cinemas across the country.

Have you watched this movie? Tell us what you think.