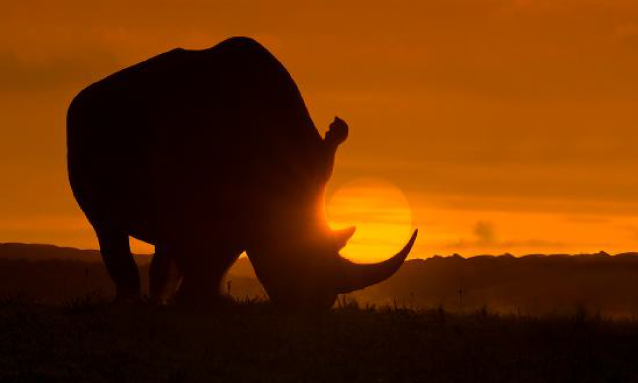 A dark cloud hovers over the small nation of Botswana. It is neither one likely to cheer up farmers nor one seemingly pregnant with the promise of sunshine after rain. As the storm brews, BOPA’s Ndingililo Gaoswediwe (NG) interviews the man at the helm of the

anti-poaching unit in the Department of Wildlife and National Parks, Jack Sewagodimo (JS) – tracing it right back to when it began to the present.

NG: Kindly give us a brief history of anti-poaching in Botswana.

JS: The fight against the illegal hunting of game dates back to 1988 when the anti-poaching unit was born. Back then, the government was under pressure due to escalating incidents of cross-border poaching and the dangers officers patrolling borders were exposed to.

The government then picked a handful of officers and I from the Wildlife Department to undergo intense para-military training under the tutelage of former Botswana Defence Force (BDF) commander, Lieutenant General Gaolatlhe Galebotswe.

During those years, few army officers covered the area, which stretches from Kwando to Linyanti, thus the need to beef up manpower. Upon completion, we were armed with Smirnoff guns for self-defence because we were operating in a dicey environment.

NG: What prompted the Department of Wildlife to collaborate with other law enforcement agencies, particularly the BDF?

JS: BDF officers are armed and it is within their mandate to patrol borders to guard against any cross-border criminal activities. The BDF was a partner of the then Elephant Control Department since its inception because the department did not have enough personnel.

Even after transforming from the elephant control to game department to the current Department of Wildlife and National Parks, there is still the need to work with the BDF because the department operates country-wide with a staff complement of 234 warders.

NG: Which other law enforcement organs are involved?

JS: Apart from the BDF, there is the Botswana Police Service. Police officers are closely monitoring the situation at Khutse Game Reserve and once wildlife officers arrest poachers or people in possession of government trophies, the police officers then chip in to take over investigations and handle the cases.

The Director of Intelligence Security Services has been tasked with the responsibility of Nxai Pan, while the Wildlife Department is the overall overseer in the Kgalagadi area.

NG: Give us an overview of elephant poaching in Botswana.

JS: Poaching does exist but is not a threat to our elephants because the Department of Wildlife and National Parks is closely monitoring the situation and arming other stakeholders with expertise. There is no doubt that the BDF is doing well at borders and the DWNP is always in contact with its partners.

Currently, the department and its cohorts are not in panic mode, operations such as stop and search are ongoing and officers are armed with counter attack poaching techniques. Poaching is under control through collaborations and guidance from the SADC national anti-poaching strategy.

NG: Since the anti-poaching unit was set up, on average how many elephants are killed by poachers per annum?

JS: We cannot completely root out poaching to register zero levels. On average, 60 elephants are killed per annum and for decades, we have contained poaching.

The only time poaching soars would be when there is a shortage of resources but the government is doing all it can to keep poaching minimal. Through joints efforts by law enforcement agencies that are monitoring the situation 24/7 there is no chance for the numbers to escalate.

Because of the recent natural aridity, elephants have migrated across the country’s 581,726 km² area and their movement patterns are closely being monitored.

We have managed to protect our elephants thus far but the problem is that they are giving Batswana sleepless nights.

NG: During which season do you register the most incidents of poaching?

JS: Elephants are killed for their ivory and this is known as commercial poaching. This type of poaching occurs all year round.

Although subsistence poaching is not common in elephants, it occurs in winter where hunters kill animals for meat consumption. It is common in winter because the meat dries faster.

NG: Which areas are most affected?

JS: The most affected are the Chobe and Okavango regions. With a herd estimated at 170 000, the elephants have now migrated to areas such as the Central Kalahari Game Reserve in search of water, browsing and grazing land.

However, elephants are not supposed to have migrated to such an area with a fragile ecosystem but in the interest of conserving them, anti-poaching agents are guarding against any illegal activities.

NG: How often are policies and legal frameworks revised?

JS: Policies are reviewed and revised as and when the need arises. Because poachers invariably want to be a step ahead with their techniques, there is also the need for the government to adopt advanced anti-poaching techniques.

NG: During the revision of these policies, who gets involved and what are the processes for review?

JS: Different stakeholders are brought on board and processes include meetings held to educate the public.

All law enforcement agencies gather every week to give updates and attend to any arising matters.

NG: Kenya recently announced the death penalty for poachers, are we likely to see Botswana considering such a stringent penalty as well?

JS: That cannot happen. Through efforts already in place, fighting poachers is under control and with officers dispersed across the country, there is no need to introduce such a stern sentence.

NG: How often do you make arrests of poachers and what punishment do they face?

JS: Wildlife warders arrest suspects during roadblocks, intelligence-led stop and search operations. They later hand them over to organs that are responsible for handling criminal cases.

NG: When did warders start using weapons such as guns?

JS: From 1988 until 2018 warders were armed with assault rifles commonly referred to as weapons of war.

Because the officers were operating under extremely dangerous territories, the rifles were issued for self-defence purposes. Presently, warders are using hunting rifles that are more dangerous than weapons of war.

Assault rifles were intended to destabilise a poacher before arrest, not to shoot to kill. Section 73(3) of the Wildlife Conservation and National Parks Act empowers warders to be armed and it reads,

“Where it is necessary for the discharge of his duties or the exercise of his powers under this act, and notwithstanding the provisions of the Arms and Ammunition Act, a wildlife officer may carry a firearm with him, even on land of which he is not the owner, for the protection of himself or any other person, the prevention or investigation suspected of committing an offence under this Act, and where the director so directs, such firearm may be of a type not otherwise permitted under the Arms and Ammunition Act.”

NG: What then led to the disarming of wildlife warders last year?

JS: The reason for disarming officers was to rectify the act and equip officers with proper knowledge on how to handle such weapons. The handling of guns needs proper training that includes discipline.

Disarming officers has not affected our operations in any way and there is the need for an act than handling rifles through the guidance of Standard Operating Procedures that has been in place since 1988.

NG: Was there any need for warders to be given such weapons?

JS: There was the need to safeguard officers. An officer was once shot in the abdominal area in the early 90s and fortunately, he survived. And many countries in the region are using the same type of weapons.

NG: When will the weapons be given back to the officers?

JS: Once the act has been amended, there is the need to return the weapons and people should embrace change when it is meant for the betterment of the operating procedures.

NG: Were officers trained to handle such weapons?

JS: Officers were trained when the unit was set up and once the act effects, training and refresher courses will be required because you need discipline to handle rifles.

NG: And your last words?

JS: As a Wildlife Manager, Botswana is over-populated with elephants and there is the need to cull them. Culling is meant to manage elephant population.

Today we see elephants roaming near settlements, thus causing deaths and ravaging farms. Culling would also curb the migration of elephants to dry, fragile areas which leads to a major imbalance in the ecosystem, which in turn results in the extinction of some species.