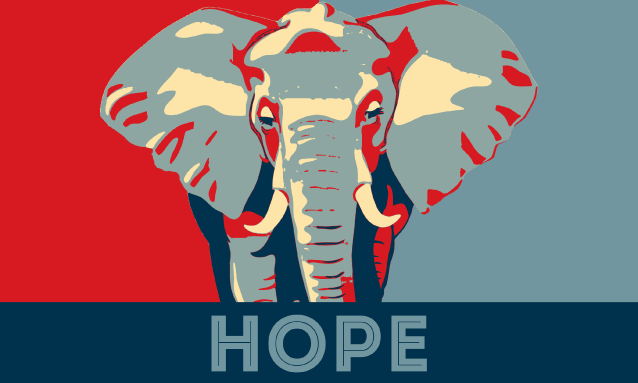 Addressing the Botswana Democratic Party (BDP) North West regional congress in Shakawe last Saturday, he said the government would explore all possible means to ensure the reduction of or an end to the conflict. To that end,  the government is reportedly developing a strategy aimed at supporting a harmonious human-wildlife co-existence. The strategy will help address the escalating human-wildlife conflict.

In an interview with BOPA, the Deputy Director for Research and Strategy in the Department of Wildlife and National Parks, Dr Cyril Taolo said guided by the 2013 Wildlife Policy, they had decided to focus attention on trying to reduce the human-wildlife conflict and also improve the co-existence between people and wildlife.

“It is a work in progress. You might be aware of the recent consultations which have been conducted in terms of the National Elephant Action Plan as well as those by the Ministerial Sub-committee on the Hunting Ban Social Dialogue.

A lot of issues came out from the communities and the farmers, who indicated that they wanted us to come up with strategies to assist them to reduce this conflict,” he said.

The elephant action plan was formulated last year and the department is currently reviewing the draft document, which Dr Taolo anticipates will be ready to be submitted for approval in the next month or two. Dr Taolo explained that the co-existence strategy would address all concerns raised, highlighting that the government had to involve stakeholders, particularly communities hardest hit by the human-wildlife conflict.

“It is for us to help them to come up with strategies that they can use to curb the conflict. The strategy talks about how we can engage communities through use of various mitigating methods; chilli pepper, guard dogs, improved livestock husbandry, early maturing seeds, the use of bees to chase elephants from certain areas,” he added.

Dr Taolo admitted that Botswana has the biggest population of elephants in the continent estimated to range between 130,000 – 200,000.

“These elephants are constantly moving, particularly in the northern elephants range between Zimbabwe, Zambia and Namibia, so it is a shared population. Their numbers will fluctuate depending on the climatic conditions, drought or management issues,” he said.

Dr Taolo said Botswana’s first Elephant Management Plan, which was developed in the early 90s, aimed to maintain Botswana’s elephant population at around 50,000.

“But such a large number comes with challenges. We have to be responsible in the way we manage our population because it is big and the world is looking to Botswana as one of the few countries that has such numbers.

We work to reduce the impact of elephants on people rather than reducing numbers because for us to get back to that 50 000 we will require the removal of 100 000 elephants, which is not practical,” he added.

He said they would be guided by recommendations from the recent consultations.

Dr Taolo noted that the current Wildlife Policy, which followed a review of the 1986 policy, focused more on how Batswana could benefit from wildlife resources. He said the government also made a commitment to work with the relevant stakeholders to address poaching. He said the nature of poaching has changed from being just subsistence to a more commercial venture driven by international criminal syndicates.

“It has become more sophisticated and we have to become sophisticated in the way we address wildlife crime. We are no longer just combating poaching in our parks and reserves, but trying to stop the wildlife products from getting out of the country.

We are trying to recover proceeds of wildlife crime. Most of these products are not even used here in Botswana or regionally but end up  in the Far East. Now we have to engage at an international level,” he said.