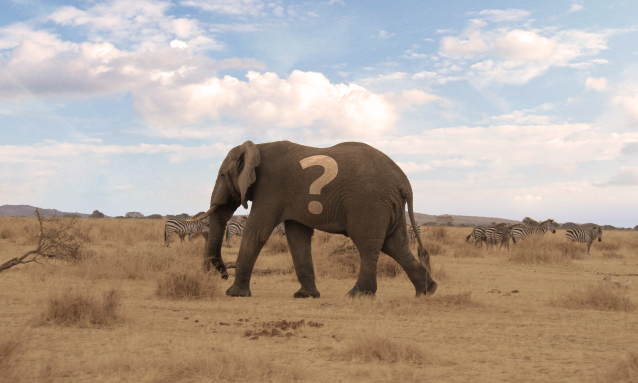 It was a shocking story that attracted global attention this month: A “poaching frenzy”in northern Botswana left 87 elephants dead, slaughtered for their tusks to feed Africa’s growing illicit ivory trade.

But scientists and Botswana’s government now say that the number of deaths attributed to poachers, while unknown, has been vastly overstated and have accused the wildlife charity that made the claim, Elephants Without Borders, of peddling false information.

The government has not determined the cause of death in all 87 cases but a recent visit by the authorities to a national park surveyed by the charity found 19 dead elephants, with fewer than a third killed by poachers. Scientists also faulted the charity for ascribing a cause of death after surveying the scene from the air.

Critics say that Elephants Without Borders exaggerated the poaching problem to try to influence Botswana’s new leaders, who are considering rolling back contentious hunting bans and moderating the country’s militarized approach to conservation.

They also accuse the group of using the report to solicit funds, underscoring what they see as a pervasive conflict of interest for donation-based animal rights groups. The charity declined to respond to questions posed by email and telephone.

“There’s no question that poaching is going on in Botswana,” said Kathleen Alexander, a wildlife conservation professor at Virginia Tech University, who has been working in the country for more than 30 years.

“But it’s clear that the allegations of scale are imagined.”

The dispute has also revealed a deeper tension in conservation management concerning how Western advocacy groups can steer debates in developing countries, even without credible evidence.

“There are some campaigns that are driven by emotions, hearsay and unsubstantiated allegations,” said Annette Hübschle, a researcher at the University of Cape Town’s Center of Criminology. Those focused on “charismatic megafauna,” such as elephants and rhinoceroses, were “often totally misguided,” Dr. Hübschle added, even while other groups did important work in the sector. 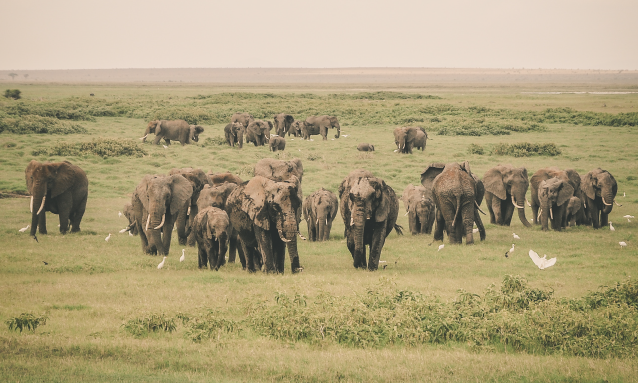 Botswana is home to the world’s largest population of elephants, with some estimatesputting the numbers at more than a third of Africa’s total. The country has long been considered a safe haven for wildlife, in part because of a “shoot to kill” policy toward poachers by rangers and by Botswana’s military, which patrols protected areas.

But while conducting aerial surveys for the government this year, Elephants Without Borders said it had come across dozens of elephant carcasses, many with their tusks missing. In a report in August, thecharity’s director, Mike Chase, wrote that he had never seen so many dead elephants at once, though they had apparently died over a period of about three months. Chase attributed the deaths to a poaching surge and the charity said in an email at the time that it had reached out to the government but had been ignored. But the government immediately disputed both the group’s numbers and the assumption that all the dead elephants had been hunted for their ivory, calling the reports “false and misleading.”

Survival International, which advocates for the rights of indigenous peoples, agreed.In a visit to Chobe National Park last week, officials counted 19 dead elephants, only six of them killed by poachers, the government said. The rest had died of natural causes or in conflicts with villagers, the government said. Addressing reporters on the trip, Churchill Collyer, the Deputy Director of the Wildlife Department, said,

“We haven’t recorded any mass killing.”

In a statement last week, Elephants Without Borders insisted that it was “completely apolitical in its work,” but said that it had felt “a moral and patriotic duty” to report the high number of elephant carcasses observed during its survey, which began on July 3 and will finish in October. The statement did not mention the original claim of 87 carcasses or address the resulting criticism, noting that the group was unable to release any further information until completing its final survey report. 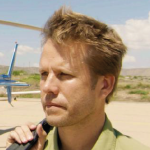 Even if Chase (pictured right) had counted 87 elephants, it was “simply not possible to attribute cause of death from fixed-wing aircraft,” Professor Alexander of Virginia Tech said in a telephone interview, except in the instances where poachers had tried to cover the carcasses with brush.

In addition, claims by Chase that this represented “by far the largest” scale of elephant poaching he had “seen or read about anywhere in Africa” have been called into question.

Annual totals gathered bythe Convention on International Trade in Endangered Species record numerous cases of poaching on a larger scale, including 225 elephants illegally killed in 2012 in a single game preserve in Kenya.

Keith Somerville, a fellow of the Zoological Society of London and author of the book “Ivory: Power and Poaching in Africa,”said that it seemed Elephants Without Borders had used its report to try to influence national debates over trophy hunting of wildlife, which Botswana’s government banned in 2013. 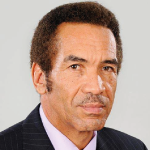 Gaseitsiwe Masunga, a biologist at the University of Botswana’s Okavango Research Institute, said that “at a time when local communities were angered by the hunting ban,”people had been further incensed by M. Chase’s attempt to sway the debate.

Dr. Masunga, who formerly worked for Botswana’s National Parks Department, stressed that poaching levels “could be very high” in the north of the country, and that Chase’s figures may have been credible. “We have to wait until the final report to decide,” he said.

Since Khama’s term expired in April, his successor, Mokgweetsi Masisi, has opened a debate on the ban, seeking to win back alienated rural voters ahead of next year’s national elections, Somerville said.

“In common with many conservation and animal rights groups, Elephants Without Borders is opposed to hunting,” he added.

“They were advancing their well-known advocacy position and decided to go public with it, because clearly they do not agree with government.”

In May, Masisi’s government also decided to withdraw military weapons from its Department of Wildlife and National Parks rangers, which Elephants Without Borders later blamed for a rise in poaching. But Professor Alexander said Botswana’s military played a far greater role in anti-poaching operations, and had not been affected by the decision.

“If any ranger killed someone with those weapons, they could be held liable as well as the government.”

Khama had been a close ally of Elephants Without Borders. Together with Chase, he serves on the board of the Tlhokomela Trust,an anti-hunting conservation nonprofit. Also on the board is Khama’s brother, Tshekedi, who is Botswana’s environment minister. 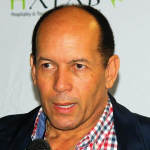 At a strainednews conference recently, Tshekedi Khama (pictured right) appeared to criticise his own government for its handling of the poaching dispute, saying,

“There is no doubt the disarming of anti-poaching units could have contributed to the high rates of poaching in the Chobe area.” 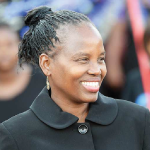 Speaking at the same briefing, Unity Dow (pictured left), Botswana’s International Affairs Minister said that there had been a “fuzzing of roles” between government officials and the nonprofit sector, specifically referring to the Tlhokomela Trust.

“Elephants Without Borders clearly is not used to competition of views,” Ms. Dow said, adding, “We have governance issues here.”

Since Elephants Without Borders released its figures, online petitions have proliferated, calling on Botswana’s government to maintain its hunting banand to rearm rangers.

“Botswana has a growing, healthy elephant population precisely because the government has done such an amazing job,” Professor Alexander said.

“For them to be accused of not protecting elephants is ludicrous.” 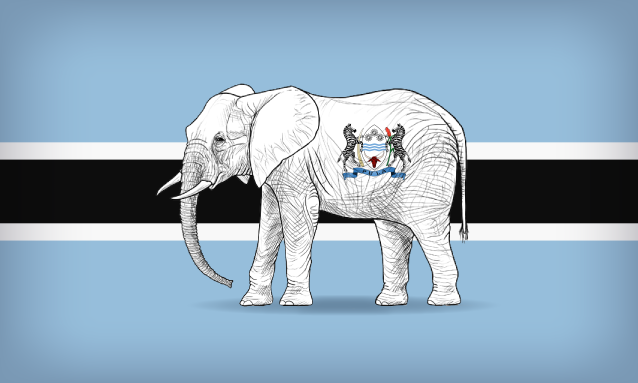 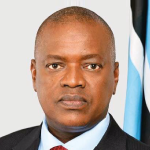 President Mokgweetsi Masisi (pictured right) says Botswana’s foreign policy is premised on democratic principles, the rule of law and non-violence. President Masisi was speaking with US senior fellows for Africa Studies at the Council on Foreign Relations as well as former American ambassador to Botswana, Michelle Gavin on the sidelines of the UN general assembly on September 24.

He said although Botswana has a small population, he is convinced it still has great global influence in areas of the rule of law and zero tolerance for corruption. Botswana’s global influence, he said, had a traceable track record.

On the issue of the alleged slaughter of over 87 elephants, he refuted the reports and assured the global community that Botswana would continue to be a leader in the protection of wild animals. 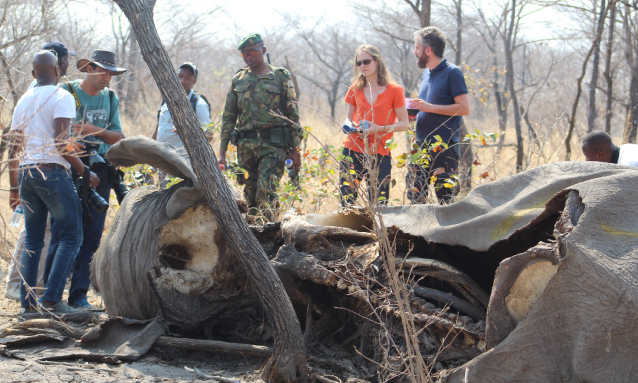 President Masisi said that is evidenced by the fact that Botswana has efficient conservation measures in place and has the highest elephant population in the Kavango-Zambezi Transfrontier Conservation Area with others having migrated from neighbouring countries.

To demonstrate further the country’s commitment, President Masisi said legitimately armed security forces are deployed towards the protection of wild animals. He explained that following his inauguration in April, it came to his attention that the Department of Wildlife and National Parks anti-poaching unit had automatic weapons in contravention of existing laws. The relevant minister was then instructed to disarm the unit to correct the anomaly.

“In the event that they need weapons, they should acquire such lawfully and through the amendment of the law,” he said.

He said news of the alleged killing of over 87 elephants came as a shock since the mortality of the species is documented daily, while weekly reports are made to his office.

“No search, both aerial and on land found any significant number of killed elephants near a sanctuary in Botswana, as we are committed to averting poaching by arresting and prosecuting poachers,” he said.