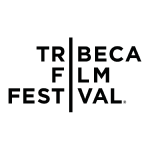 The 17th Tribeca Film Festival began in New York on Wednesday, and Okaya Africa shone the light on films that show Africa and the diaspora like you’ve never seen them before. One such film is Into the Okavango. From the Okavango Delta in Angola to the ballot boxes of Minnesota, these films aim to transport viewers through the continent and beyond, showcasing the diversity that exists in each person’s story.

The Tribeca Film Festival was started 18 years ago, in the wake of 9/11. This year, the organisers are commemorating the spirit in which the Festival began and celebrating the potential of the arts to make real change in societies across the world. 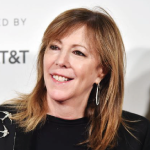 “This year’s Festival proclaims that the arts have the unique ability to heal and reach across diverse groups with the universal truth that society can be enriched and strengthened through storytelling,” writes Tribeca Enterprises CEO, Jane Rosenthal.

Into the Okavango – the film

Of particular interest to YourBotswana and no doubt, Batswana and friends of Botswana, in general, will no doubt be the film Into the Okavango. The film’s central focus is the current challenges and threats to the Delta and how the river basin can be protected.

The Delta consists of a unique and vast ecosystem supporting a magnificent coexistence of human beings, various species of fauna and flora, especially elephants which at over 200,000, are the largest herd in the world. It is the centre of Botswana’s tourism Industry, and unsurprisingly, UNESCO has inscribed it as the 1000th World Heritage Site.

Into the Okavango depicts the stunning beauty of the paradise that the Okavango is and the current threats it faces. It also showcases the efforts that can be undertaken to protect the ecosystem and its Flora and Fauna.

As the Earth’s truly pristine expanses disappear more and more each day, the Okavango Delta remains an Edenic oasis with an abundance of animal species roaming its air, water, and land. But despite the spectacular sights of African elephants splashing in the river, rarely seen birds soaring above and wildebeest migrating across its grassy expanses, the Okavango river basin—which provides water to more than one million people—is under dire threat.

Led by a biodiversity scientist Dr Steve Boyes, who has extensive experience working in the Okavango Delta, a team of world-renowned researchers, photographers, filmmakers and a group of Bayei rivermen from the heart of the Delta – share their home-grown knowledge of this unique river system. They have made it their mission to track the cause—or causes—of the threats to the Okavango Delta’s source waters and to determine how they can protect the river basin before it gets any worse. They did this tirelessly in an epic four-month journey down the Okavango Delta’s source rivers—beginning in Angola, venturing into Namibia, and, finally, emptying into the Delta in Botswana.