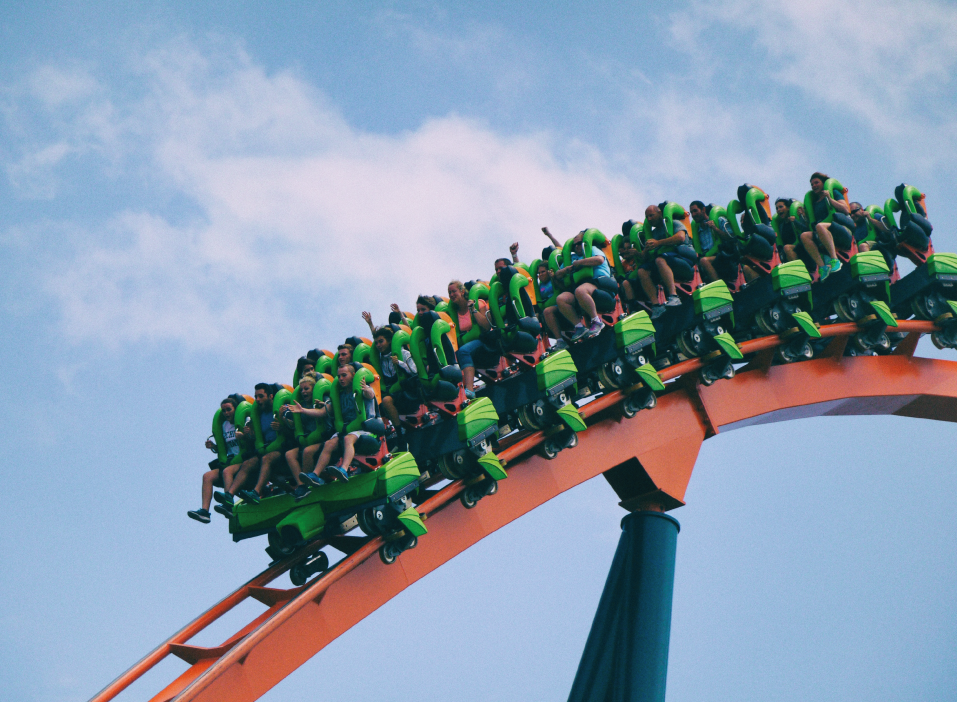 There are a few modes of public transport in Botswana; buses or planes will help with long distance journeys, but for inner city transport there are taxis or the combi. The combi is a fascinating experience, it’s unlike any mode of public transport I’ve experienced before. I can only liken the combi to a roller coaster ride that stops every few minutes to collect more passengers.

The combi is essentially a small van that comfortably seats around 13-14 people (excluding the driver), but typically and uncomfortably seats anywhere between 18-20 passengers. Think of it as a sauna on wheels. Combis predominantly cover all routes around the city and are widely use by the unfortunate… those unfortunate not to own a car.

How do you know which combi to use?

In the initial phase of your introduction to Botswana, you don’t know which combi to use. There is no tangible way to independently determine which combi goes along which route and what that specific route is. They indicate a route number and an area, for example I live in an area called Tlokweng (just outside of Gaborone city centre) and there are six combis that go along this route. So on the front of the combi it will state “Route 2 Tlokweng”. However, it is not clear the exact route through Tlokweng that particular combi will take. It doesn’t really help that some combi drivers can often deviate away from the scheduled route and take “scenic” routes. I’m told someone created an unofficial route map for combis, but I am yet to find this mysterious artefact. I have no doubt it exists, but it’s a bit like searching for the Holy Grail. Ultimately, asking fellow passengers which combi is the combi you need, is the best and only solution for beginners.

Is the combi safe?

This depends on your definition of the word safe, technically the Titanic was deemed safe… until it hit an iceberg. As with most modes of public transport around the world, you are always susceptible to being a victim of theft. One must exercise caution and awareness and keep all valuable items out of sight or somewhere difficult for someone to grab.

In terms of health and safety, combis are a mixed bag. A combi ride can leave you feeling quite a number of mixed emotions and one of those is relief. There are some combi drivers who are really considerate and want to get passengers to their destinations as quickly as possible. It’s quite effective; it’s like a scene from The Fast & The Furious with a kamakazi pilot behind the wheel. I’m surprised Batswana don’t adopt the same relief Americans express when a plane lands safely and the whole plane cheers and applaud the captain.

Is the combi reliable?

If you have nothing urgent to attend to and you have the ability to imagine the combi as an urban safari game drive, then yes, the combi is extremely reliable. If you’re time sensitive and trying to get to work or have a meeting to attend, then maybe opt for a taxi. Durations can vary, what can be 30mins in one combi, can be 1hr 30mins in another.

The general motivation for a combi driver is get as many people in the van as possible. If the combi is empty when you board it, that’s a sign your journey could take a while. Quite a lot of drivers will park up at malls for what feels like forever waiting for a full compliment of passengers. This is quite frustrating and pointless. There’s never really going to be a wave of customers during working hours (because every one is in work), but they will stay put just in case a coach arrives with more passengers! Bear in mind that your driver is also competing with several other drivers.

One of the worst parts of these journeys is when the driver starts reversing. Trains, planes, coaches all go forward, no mode of public transport should ever go backwards. Imagine how you’d feel if your plane were on the runway and suddenly started to go backwards because the captain saw a potential passenger in the distance.

There are some pleasant and competent combi drivers, who do their job exceptionally well. For example, when the rain is really bad and the combi is going towards a mall, some drivers will drop passengers off as near to the entrance as possible. Whereas the normal combi stop is along the main road, so they are sympathetic and ensure people don’t get soaking wet.

Sadly these drivers are in the minority. The combi is an extremely affordable mode of transport; a journey costs P3.50 (£0.25, $0.32, €0.30). It’s just unfortunate that there is no way you talk about the combi experience in a positive light. There are a lot of bad combi drivers who are inconsiderate and reckless, risking passengers’ lives every day. Although, these bad ones are a blessing for car salesmen, as it’s the perfect motivation for passengers to make sacrifices and buy a car… even if that means selling family members or internal organs.

It is difficult to control how someone drives, but the user experience could be better. There really should be a map of some description to show users what combi goes along what route and each route should be explained. Something similar to the London Underground map and it wouldn’t be a huge undertaking if done properly by a professional. I also feel the combis’ route and number could be much more clearer, as shown in the pictures below. What do you think about public transport in Botswana? Do you have an opinion about the combi or taxis?