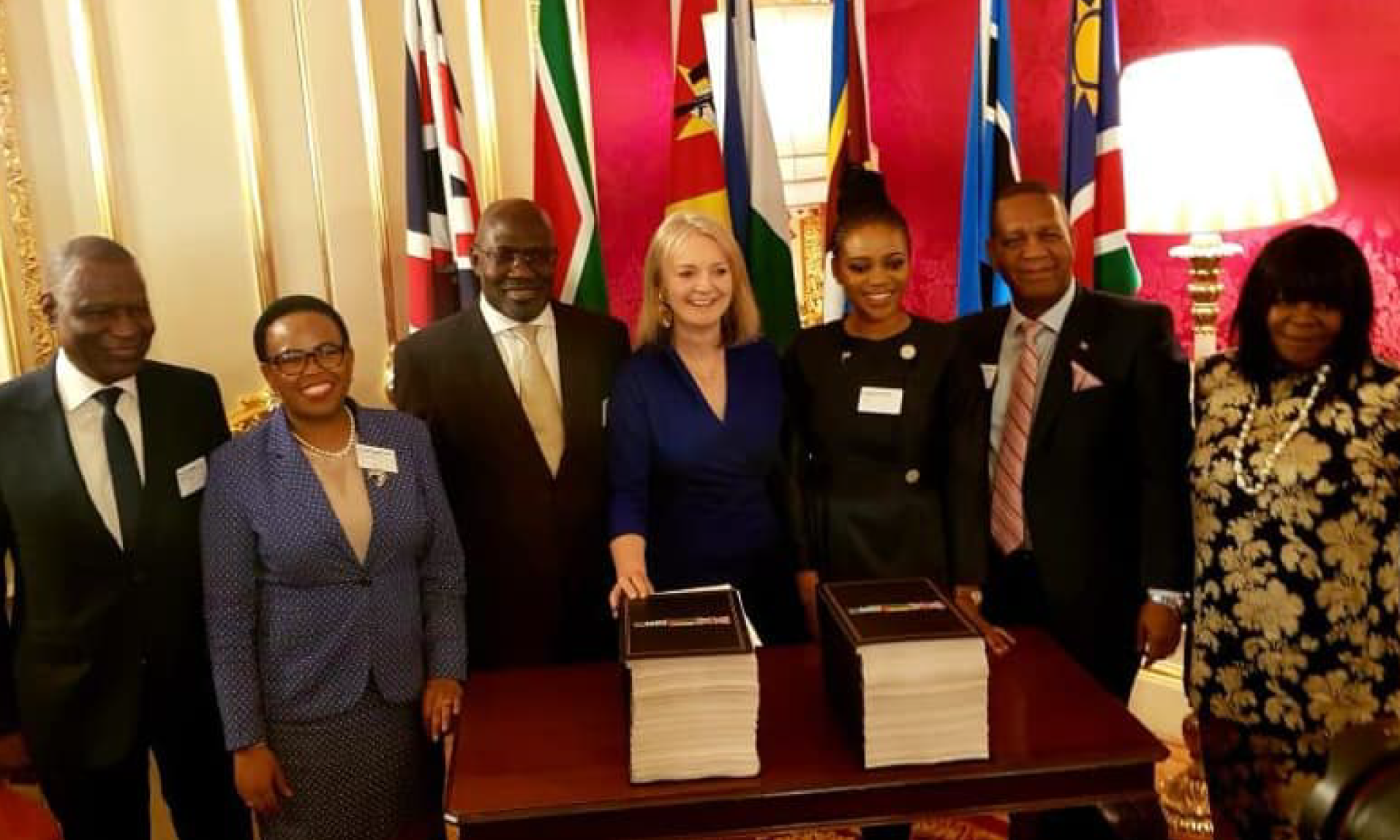 Botswana, the world’s second-biggest diamond producer, expects its trade with the U.K. to continue unhindered after Brexit. The Southern African Customs Union, which comprises Botswana, South Africa, Lesotho, Namibia and Eswatini, along with Mozambique last month agreed on a deal with the U.K. to govern trade should it leave the European Union at the end of the month. The deal mirrors the terms SACU currently has with the EU.

“We have worked quite hard on ensuring there is no trade disruption,” Botswana’s Investment, Trade and Industry Minister Joy Kenewendo, who travelled to London last week to chair talks on concluding the accord, said in a phone interview from Gaborone, the capital.

“We have really tried to cover all the possible bases.”

British and European Union officials are trying to thrash out a Brexit deal as the U.K. prepares to withdraw from the economic bloc on Oct. 31, more than three years after Britons voted on the pull-out in a referendum.

Besides the trade accord, a memorandum of understanding guarantees the SACU members and Mozambique access to the U.K. market, while the protracted process of certifying their goods is underway, according to Kenewendo.

“We are seeing opportunities that will come from having two markets now — in the U.K. and with the EU,” she said.

The minister also used her London visit to drum up foreign investment in Botswana. That’s been a key focus of President Mokgweetsi Masisi, who is standing for election this month and has been trying to reduce the nation’s reliance on diamonds and create jobs for almost one in five unemployed workers.

The government wants more of its minerals to be processed locally, and is encouraging investment in the manufacturing, agro-processing and services industries by offering tax breaks. Its cause has been aided by the fact that Botswana consistently ranks as one of Africa’s best-governed nations and has the continent’s highest credit rating at Moody’s Investors Service.

“One of the challenges we have had is really low brand recognition and we are working on that,” Kenewendo said.

Other highlights from the interview:

The government is accelerating the process of identifying state companies that can be privatised. Plans to sell part of the national airline have attracted a lot of interest. Qatar Airways QCSC intends to start flights to Botswana; Kenya Airways Plc may do likewise. The African Continental Free Trade Agreement that came into effect in May should work to Botswana’s advantage, giving it broader access to markets and enabling it to attract companies that want to expand across the continent.