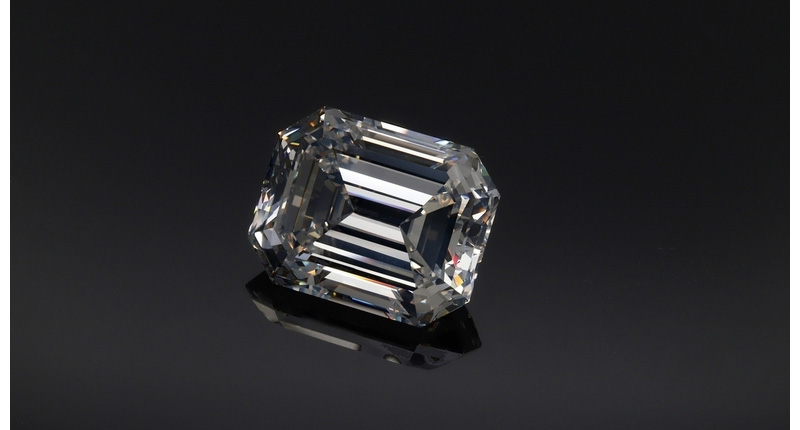 The 812.77-carat “Constellation” in rough form. Found in Botswana in November 2015, the Type IIa stone yielded eight polished diamonds, the largest of which is 313 carats.

Dubai-based diamond company Nemesis International recently unveiled what it says is the largest D-color diamond ever graded by the Gemological Institute of America.

It is 313 carat and Nemesis took 18 months to cut it from an enormous chunk of rough unearthed in Botswana four years ago, the 812.77-carat diamond dubbed “The Constellation.”

In a news release, the company said the 313-carat diamond, called “The Constellation I,” was evaluated, mapped and polished using the most technologically advanced equipment available and was “mainly” processed and completed in the United Arab Emirates by Almas Diamond Services, a sister company to Nemesis that does diamond polishing.

Nemesis noted in the release that the Constellation I is the “first UAE-crafted stone of its importance.” Like Alrosa in Russia, Dubai is seeking to carve out a name for itself as a centre for cutting and polishing high-value stones.

At the press conference, CEO Konema Mwenenge told Rapaport News the company has no immediate plans to sell the diamond and is considering a worldwide “roadshow,” displaying the stone alongside the seven other diamonds cut from The Constellation.

Mining company Lucara Diamond Corp. recovered The Constellation from the Karowe mine in Botswana in November 2015. (Karowe is the same mine that yielded the second-largest rough diamond on record,which Graff Diamonds eventually purchased.)

Nemesis bought the diamond in partnership with de Grisogono in May 2016, paying $63.1 million, or almost $78,000 per carat, setting a new record for a rough diamond.