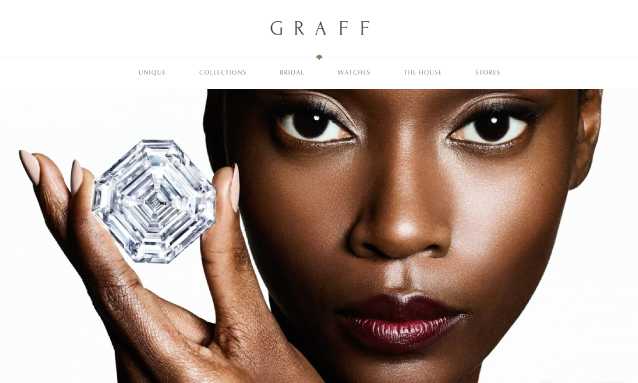 The Graff Lesedi La Rona weighs 302.37 carats. It is the largest, highest clarity, highest colour diamond ever graded, and the largest emerald cut diamond in the world.

The raw diamond, unearthed in Botswana, was roughly the size of a tennis ball and weighed 1 100 carats, making it the second largest in the world.

It was mined at the Lucara mine in Botswana by the Lucara Diamond Corp, and it took approximately 18 months to polish and turn it into the gem it is today. The name – Lesedi La Rona – means ‘our light’ in Tswana.

It is outshined only by the Cullinan Diamond, a 3 106 beast of a rock unearthed in South Africa more than a century ago and currently in possession of Queen Elizabeth II. The Graff Lesedi La Rona was unveiled in Cape Town on 10 April, but it’s so expensive, Graff Jewellers didn’t reveal the price. However, Laurence Graff did say it was “beyond words.”

“My love affair with diamonds is life-long and crafting the Graff Lesedi La Rona has been an honour. This diamond is beyond words.”

Graff and his team of gemologists used sophisticated technology to “explore deep within the diamond, mapping the maze of imperfections.” They used that information to determine which cut “would yield the largest and highest clarity” possible.

Graff initially thought it wouldn’t be possible to polish a diamond weighing more than 300 carats. However, with detailed planning, laser cutting, shaping and faceting, the end result exceeded his expectations.

“All our expertise, skill and accomplishment went into crafting this incredible diamond masterpiece, which is extraordinary in every way.”

The rough rock was large enough to produce an additional 66 satellite gems, all ranging between 1 and 26 carats. In addition, fragments will be donated to the Smithsonian Institute for research purposes.