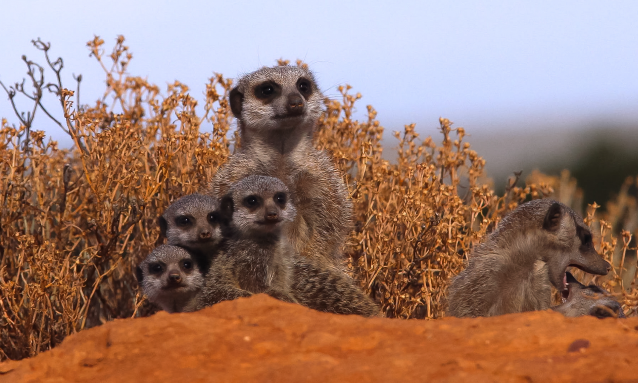 The landlocked country is a mix of sweeping views and amazing wildlife.

“Just remember, there are no fences” was the brief one-line warning given to us by Johnny Ramsden, our companion, proprietor of Royale Wilderness Safaris and our guide for 13 days during our Botswana trip. This was our first camping experience in the wild. Unlike safari lodges, which have fences at the perimeter to keep animals out, there aren’t any if one is camping.

As a country, Botswana is young. Before independence in 1966, it was the Bechuanaland Protectorate, a buffer state set up by the British against Afrikaner expansionism. When the British left, it was run by president Seretse Khama. Khama died in 1980, but his persona still looms large on the nation. The story of Khama’s marriage to his British wife is one of the great love stories of our times — a marriage that led to exile and ostracism (the colonial authorities, bowing to South African pressure which disapproved of his marriage to a white woman), but that triumphed in the end. 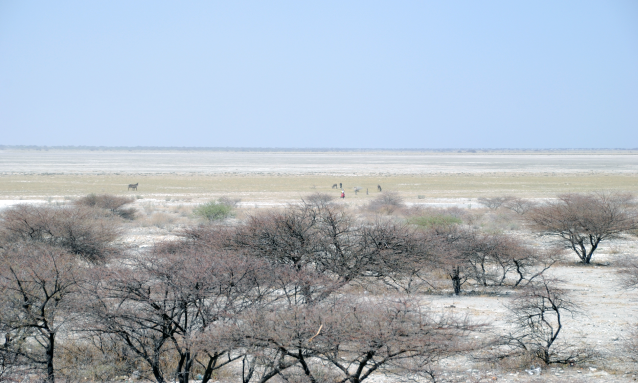 For tourists, the most practical airport to start the trip from is Maun. We flew Ethiopian Airlines from Mumbai to Addis Ababa and then onwards to Gaborone, the capital of Botswana. There are frequent Air Botswana flights from Gaborone to Maun, which is the hub from where most safari operators begin their tours. Another option is to fly to Livingstone in Zambia, if one wants to combine the trip with a visit to Victoria Falls and then fly to Maun.

The best months to go are from May – October, as the weather is stable and there will be plenty of animals to see on your safaris. It is dry and winter in Botswana then. January to March are best avoided because of the rains. November is also very good to travel, as the peak tourist season rates no longer hold.

While travelling, we learnt that Botswana takes conservation very seriously and they’ve made poaching punishable by death, and is the only country in Africa to deploy the national military to make sure poachers stay out of the reserves. South Africa and Zambia still rely on private donation. A few years back, Prince Harry lent the cause some dazzle when he became patron of Rhino Conservation Botswana, and now more than 200 rhinoceros have been repopulated to the Okavango Delta due to private-public partnership. 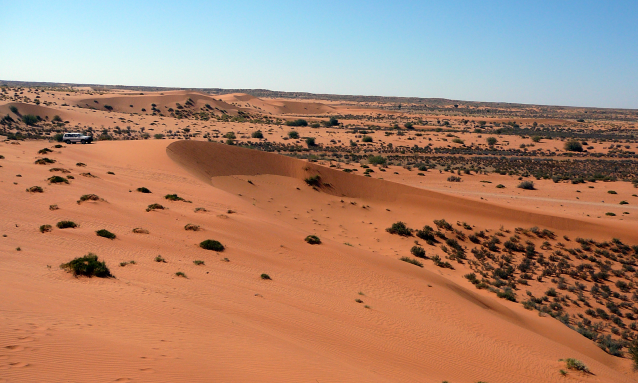 The silence of the Kalahari

After arrival in Maun, we were picked up from the airport in a modified Land Rover, which was our vehicle for the next 13 days. Our first stop was Camp Kalahari in the heart of the Kalahari and at the edge of Makgadikgadi National Park. Once you travel through Kalahari, what strikes you first is the sky and its emptiness. There is nothing there, just air of a blue that is so attenuated that it is almost white. You stand there, you breathe in the dry air, feel the sun upon your neck and wonder whether you have reached the edge of civilisation. There is an emptiness and a nothingness which is probably hard to feel in most places on the planet.

Transporting oneself from the chaotic metropolis of Calcutta to Kalahari, within a span of less than 24 hours, was surreal. There are two game drives daily from the camp. Seeing a meerkat was one of our many highlights of the trip. Meerkats are very curious-looking creatures, found easily in Kalahari. They often adopt a vertical posture, like standing, with their tail acting like the third leg of a tripod and they look like little people. It offers one of the most photogenic moments on a Botswana trip. Viewing the famed black-maned lions and walking with the Bushmen in Kalahari, are memories which last a lifetime.

The other exciting feature for us in Kalahari was the quad-bike rides into the salt pans. The salt pans in Botswana are the largest in the world, covering 16,000sq km, and are the relic of a vast ancient lake. In the rainy season the area becomes a breeding ground for endangered birds, including two species of flamingo. It is rightfully considered to be one of the world’s most untouched wilderness. The salt pans are lifeless and inhospitable, except during the rains, which was not the time when we visited.

There is an absolute stillness and silence with no sign of any living creature in sight, anywhere around you. During our trip to Botswana, on many occasions I realised the importance of silence on our minds. The calming effect of silence, enforced by nature and the wilderness has a rejuvenating and therapeutic effect on our minds, which otherwise gets battered with cacophony day in, day out.

We spent two nights in Kalahari and then travelled to Moremi Game Reserve via Maun. Adding Kalahari to the itinerary is optional. For those who are only interested in visiting the Okavango Delta, the Kalahari can be skipped, as it hikes up the cost of the trip significantly. On our trip, and for all mobile camping trips, the logistics team travelled before us to the designated campsites, where we would be staying. They set up tented camps with toilets and shower and the dining area. Once we completed our stay, they dismantled the camps and moved on to the next spot where we would be camping. This form of travelling, known as mobile camping, is one of the most affordable ways to travel in Botswana. The safari lodges where most tourists stay in Kenya, Tanzania or South Africa are much more expensive in Botswana.

While most river deltas usually lead to an ocean, the Okavango River empties onto open land, flooding the savanna and creating a unique and ever-changing inland delta.

The delta adds to the uniqueness of Botswana as a wildlife safari destination. In other African safaris, you get to see the wildlife inhabiting the savanna. In Botswana, you get that plus the wildlife and the landscape that is shaped by the Okavango River, which is also one of the best vantage points for spotting wildlife. A ride on a mokoro (a type of canoe) while the world populated by pristine and lush green forests inhabited by herds of elephants, ogling hippos and hundreds of varieties of birds float by, was the most tranquil experience I have had in recent times. It was also one of our scariest moments.

We were confronted by a herd of hippopotamuses who were sunbathing in the river. We had unknowingly encroached upon their territory while travelling on the mokoro and had to leave our mokoro and walk through the dense forest on the banks of the river and again get back to the river after we were at a safe distance. However, we had to walk dangerously close to a herd of elephants, which royally (and fortunately) ignored us!

The beauty of Botswana unfolds in the delta. Animals in their natural habitat offer stunning game viewing. The contrast of game viewing in dry savanna-like condition and lush green forests is unique and unmatched. Lions, leopards, elephants, wild buffaloes, hyenas and wild dogs roam in abundance, apart from a huge variety of birds, which makes the country a birdwatcher’s paradise. One of our most memorable game viewing involved tracking a pack of wild dogs. 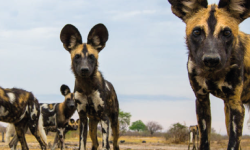 There are approximately 6,600 adult African wild dogs remaining in the wild, with populations continuing to decline due to conflict with humans. We followed a group of 30 wild dogs on one day and saw some amazing animal-animal conflict. A leopard had moved up on a tree with his kill — an antelope — to avoid being chased by the wild dogs.

This group of wild dogs climbed up the tree, chased the leopard away and moved the antelope carcass from the branch of the tree to the ground, where all members of the pack had a satisfying meal. When they finished, a surreptitious and sly hyena came unobtrusively and quietly ran off with some of the carcass.

We have always been seduced by the idea of travelling to Botswana, primarily because of the way it is described by veteran safari enthusiasts and travel websites. Botswana’s plentiful wildlife is one of the success stories in African conservation. The densities are so convincing, it can feel as if you have stepped into the field where Noah’s cargo dispersed and multiplied after the rains.

However, it is not an easy destination to travel to for Indians. The tourism website of the Botswana government describes the country as ‘best kept African secret’. I guess the secrecy, at least for Indian travellers, is maintained by the difficulty one has to face in order to get a tourist visa to enter their country. The other difficulty is that Botswana as a travel destination is not advertised at all in India. So, one has to do a lot of planning and independent research before travelling.

In a way, both these attributes can be a blessing because you are not engulfed by hordes of tourists, pointing their bazooka-shaped lenses on a pride of lions. You get to see nature in an intimate and personal manner, as it is intended to be seen. And also, planning for a trip is half the fun. 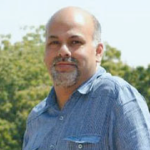 Dr Jai Ranjan Ram is a senior consultant psychiatrist and co-founder of Mental Health Foundation (www.mhfkolkata.com). He is also a wildlife enthusiast.