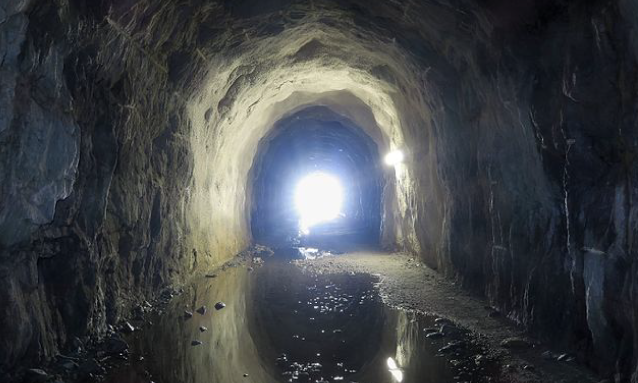 No country in Africa is rated before Botswana when it comes to encouraging investment in exploration and its jurisdiction is seen to provide attractive mining policies, according to Fraser Institute’s 2018 annual survey of mining and exploration companies.

The study was done by carrying out a survey on approximately 2,600 individuals in exploration, development, and other mining-related companies around the world. The survey has the Investment Attractiveness Index which measures the attractiveness of a jurisdiction based on policy factors such as onerous regulations, taxation levels, the quality of infrastructure. The other main index is the Policy Perception Index which looks at the attractiveness of mining policies in a jurisdiction and can serve as a report card to governments on how attractive their policies are from the point of view of an exploration manager.

Through the survey, Fraser Institute assesses how mineral endowments and public policy factors such as taxation and regulatory uncertainty affect exploration investment. Carried out across the world’s leading mining jurisdiction zooming into prospecting, exploring and mineral extracting companies, the study also takes into account issues of safety, occupational health and environment as far as mining operations are concerned.

Since dominating for the last couple of years, Botswana is again the highest ranked jurisdiction in Africa on policy, ranking 12th (of 83) in 2018, after ranking 21st (of 91) in 2017. According to the survey, Botswana’s high scores this year and an improvement in past few years’ means mining and exploration investors can come home for mining projects since there is less or no concern over uncertainty concerning protected areas like (-24 points), trade barriers (-20 points), and political stability (-18 points).

“The tax regime in Botswana continues to be exemplary when compared to other African jurisdictions and encourages investment in exploration,” says an exploration company Vice-President interviewed for the survey, according to the latest report by the Fraser Institute.

The survey, which was circulated electronically to approximately 2,600 individuals between 21 August and 9 November 2018 helps investors to assess how mineral endowments and public policy factors such as taxation and regulatory uncertainty affect exploration investment. The “Best Practices Mineral Potential” index ranks the jurisdictions based on which region’s geology “encourages exploration investment” or is “not a deterrent to investment” and Botswana is still among the top performers in this index.

Recently, there has been fresh news of the re-opening of the mine formerly called Boseto by Khoemacau with a P5.6 billion investment. This news, together with Botswana’s healthy diamond relationship with De Beer or/and Anglo America, may have contributed to Botswana’s high rankings in the mining survey.

Talks between De Beers and Botswana are expected to conclude this June, with both parties promising an amicable deal.

Botswana Diamonds – a company with foreign investors – continues to hold exploration rights in Botswana, while Canadian diamond giant, Lucara boasts of its production of the biggest rough diamonds of any mine across the globe.  Both of these and many others besides must provide a positive outlook for the Fraser Institution survey. Botswana – home to the richest diamond mine by value – is noted as one the leading mining countries in the world with investment friendly policies and factors. One the most celebrated public –private partnerships in the world between Botswana Government and global diamond giant De Beers Group can be attributed to the country’s mining policies.

Botswana accounts for over 70 % of the De Beers diamond rough diamond produce. The 53-year-old Southern African Republic is the leading diamond-producing country in terms of value and the second largest in terms of volume. This is the home base of De Beers and the source of most of its production today. In 2013, Botswana produced 23.2 million carats with a stated value of $3.63 billion. The country is also home to one of the most abundant coal deposits in the world sitting at over 200 billion tonnes. Other minerals being explored are copper, zinc, silver and nickel.

But there are lowlights

The country has seen the unfortunate and abrupt closure of the BCL mine, a move regarded as being borne out of political expediency by close observers. The mine, said to be one of the biggest copper mines, is failing to attract investors since its closure and subsequent liquidation of 2016. Some believe the mine will likely become a white elephant because it risks falling into a state of disrepair.

Another failed copper project suffering the same fate is the Mowana mine, which was closed last year December after its operation costs far outstripped its profit. Lerala mine is faring far worse as it’s not only failing to attract investors but has also dropped about 50 percent in value. Pula Steel Mine collapsed and was also liquidated.

The Fraser Institute received a total of 291 responses to the survey, providing sufficient data to evaluate 83 jurisdictions. By way of comparison, 91 jurisdictions were evaluated in 2017, 104 in 2016, 109 in 2015 and 122 in 2014. This year’s survey includes an analysis of permit times, which was previously evaluated in a separate publication.