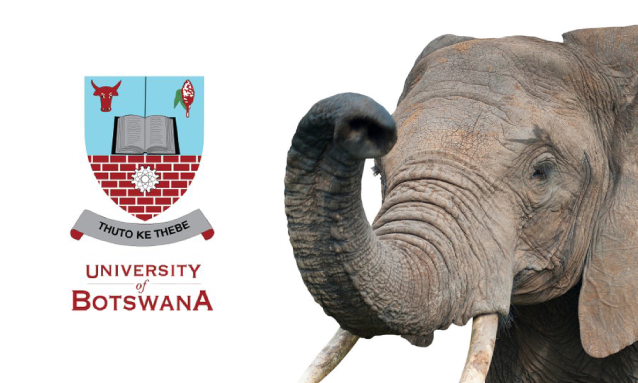 The University of Botswana has backed recent recommendations made by the cabinet sub-committee regarding the lifting of the Hunting Ban.

In a statement released by the university regarding its academic position on the ongoing global debate on the possible lifting of the ban, researchers at the University of Botswana (UB) are of the view that hunting could be used as a conservation tool if carried out selectively on certain wildlife species and in collaboration with registered community trusts.

The university recommends the selective hunting of specific wildlife species such as elephants and buffaloes, both of which deprive farmers of their harvests owing to crops being damaged by elephants and valueless pastoral farming caused by Foot and Mouth Disease prone buffaloes. Hunting the two species, the institution argues, would do well in compensating for the loss of arable and pastoral farming. The university said focus should be placed in hunting old males.

“Hunting is a conservation tool when applied appropriately with the knowledge of wildlife populations, and can be used to manage the distribution of the elephant population in Botswana which impacts negatively on the vegetation,” the UB’s recommends.

The university also calls for the employment of the Management Oriented Monitoring System (MOMS), a monitoring approach that involves communities in monitoring the natural resources in their local environment, including wildlife numbers. Over and above hunting, the university calls for a human-centred approach towards the formulation of a conservation policy.

“Conservation cannot succeed in the long term if local communities are alienated from wildlife and excluded from all decision-making processes over wildlife and no consideration given to their concerns,” the institution states.

The UB posits that ignoring the people’s well-being to achieve conservation goals is not only morally wrong but often defeats the sustainable development aspirations. The sustainable conservation of wildlife, they argue, must consider a socio-ecological framework which includes human well-being and welfare. The Hunting Ban, which was introduced in 2014, was motivated in part by a study conducted by Elephants Without Borders (EWB) in 2012. The study concluded that some wildlife species had been decimated by hunting and poaching amongst many factors.

There were no community consultations carried out to factor in the views and opinions of the communities directly affected. Following EWB’s findings that certain species were in decline, a blanket hunting ban on all wildlife species was instituted in January 2014 in spite of evidence pointing to the increasing elephant populations across Botswana.

The University of Botswana thus argues that the same findings pointed to a steady increase in elephant populations dating back to 1992. The institution notes that the elephant population was on the rise even prior to the implementation of the hunting ban in 2014. This is backed by findings from aerial surveys conducted by both the Department of Wildlife and National Parks (DWNP) as well as Elephants Without Borders (EWB).

“The DWNP study observed that the elephant population has significantly increased to a total of 207 545 with a 297 per cent growth between 1992 and 2012,” the statement says.

Although EWB’s findings differ from DWNP’s – putting the population at 122 831 – the NGO does acknowledge that Botswana’s elephant population is relatively large and shows either increasing trends or mild and non-significant declines. Both the two aerial surveys by DWNP and EWB, however, concurred on the decline of other wildlife species such as duiker, gemsbok, hippo, ostrich and springbok. It has been established however that the fertility or calving rate of elephants exceeds the mortality rate.

UB estimates that the calving rate for elephants stands at 7.2 per cent per annum with a low mortality rate, which is too insignificant to affect the annual increase in the elephant population. Hosting such a huge elephant population has seen Botswana pay a heavy price with the escalating human-wildlife conflicts, loss of human lives and loss of vegetation and biodiversity. Researchers at the University of Botswana estimate that about 40 000 elephants descend upon Chobe National Park daily for water, destroying vegetation in the process.

“We should also note that the 1991 Draft Elephant Management Plan recommended 54 000 elephants for Botswana’s rangelands, therefore, the current numbers are way beyond the carrying capacity and this is not sustainable management of natural resources,” reads the statement.

UB also notes that the hunting ban has resulted in the decline of tourism benefits previously enjoyed by local communities through Community Based Natural Resources Management (CBRNM) programme in the form of loss of jobs, income, scholarships and social services such as funeral insurance. Photographic tourism, which was meant to replace hunting, has also proven unfeasible in most concession areas.

As Botswana mulls over the possible lifting of the ban, proponents of the re-introduction of hunting argue that there is the need to promote hunting as a conservation tool and ensure increased citizen benefits and participation from the tourism industry which has proven to be minimal.

With a porous tourism sector resulting in revenue leakages estimated to be over 70% according to researchers at UB, there is little direct benefit and value derived by citizens of from the tourism sector.

Moreover, bookings are made with companies headquartered outside Botswana, making it impossible for Botswana Unified Revenue Services (BURS) to tax the companies. The university, therefore, calls for the government to facilitate policies and strategies that benefit the citizens of Botswana.