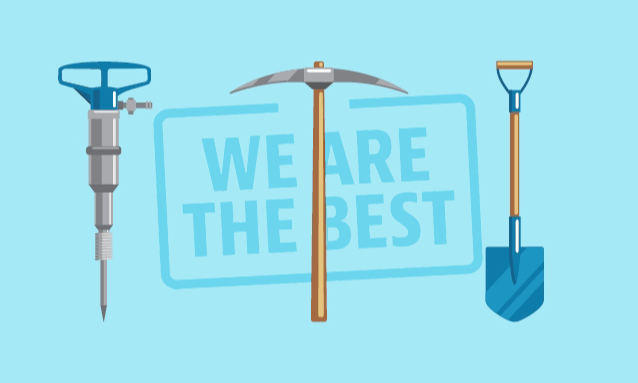 The annual Fraser Institute – Survey of Mining Companies 2018 states: “Botswana is again the highest ranked jurisdiction in Africa on policy, ranking 12th (of 83) in 2018”.

This report presents the results of the Fraser Institute’s 2018 annual survey of mining and exploration companies. The survey is an attempt to assess how mineral endowments and public policy factors such as taxation and regulatory uncertainty affect exploration investment.

The survey was circulated electronically to approximately 2,600 individuals between August 21st and November 9th, 2018. Survey responses have been tallied to rank provinces, states, and countries according to the extent that public policy factors encourage or discourage mining investment.

The Fraser Institute received a total of 291 responses for the survey, providing sufficient data to evaluate 83 jurisdictions.

The number of jurisdictions that can be included in the study tends to wax and wane as the mining sector grows or shrinks due to commodity prices and sectoral factors.

This year’s survey includes an analysis of permit times, which was previously evaluated in a separate publication.

An overall Investment Attractiveness Index is constructed by combining the Best Practices Mineral Potential index, which rates regions based on their geologic attractiveness, and the Policy Perception Index, a composite index that measures the effects of government policy on attitudes toward exploration investment.

While it is useful to measure the attractiveness of a jurisdiction based on policy factors such as onerous regulations, taxation levels, the quality of infrastructure, and the other policy related questions that respondents answered, the Policy Perception Index alone does not recognise the fact that investment decisions are often sizeably based on the pure mineral potential of a jurisdiction.

Indeed, as discussed below, respondents consistently indicate that approximately 40 percent of their investment decision is determined by policy factors.

The top jurisdiction in the world for investment based on the Investment Attractiveness Index is Nevada, which moved up from 3rd place in 2017. Western Australia moved into 2nd place after ranking 5th in the previous year.

When considering both policy and mineral potential in the Investment Attractiveness Index, Venezuela ranks as the least attractive jurisdiction in the world for investment.

This year, Venezuela replaced Guatemala as the least attractive jurisdiction in the world. Also in the bottom 10 (beginning with the worst) are Neuquen, Nicaragua, Guatemala, Panama, China, Ethiopia, Dominican Republic, La Rioja, and Bolivia.

Policy Perception Index: A “report card” to governments on the attractiveness of their mining policies

While geologic and economic considerations are important factors in mineral exploration, a region’s policy climate is also an important investment consideration.

The Policy Perception Index (PPI), is a composite index that measures the overall policy attractiveness of the 83 jurisdictions in the survey. The index is composed of survey responses to policy factors that affect investment decisions.

Saskatchewan displaced Ireland from the top spot this year, and had the highest PPI score of 100. Saskatchewan was followed by Nevada in second, which moved up from 5th in the previous year.

The 10 least attractive jurisdictions for investment based on the PPI rankings are (starting with the worst) Venezuela, Democratic Republic of Congo (DRC), Neuquen, Chubut, Philippines, Guatemala, La Rioja, Zimbabwe, Bolivia, and China.

Venezuela, Democratic Republic of Congo, Chubut, Philippines, Guatemala, Zimbabwe, Bolivia, and China were all in the bottom 10 jurisdictions last year.