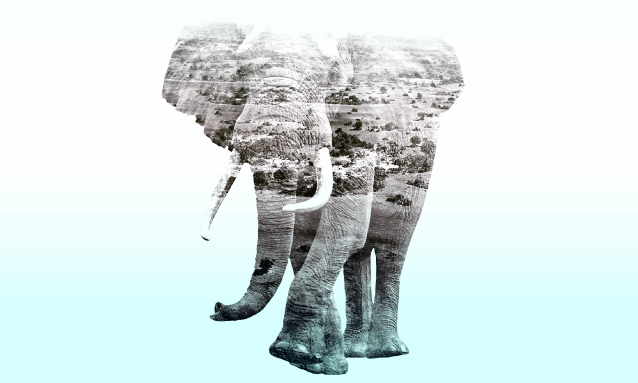 Botswana elephants – to trophy hunt and cull, or not?

The current international furore over a Botswana government White Paper (discussion document) regarding elephant management necessitates an understanding of the entire picture. This post is one of five posts from various sources looking at this issue from different angles.

The other four posts you should read to get the full picture:

A sub committee appointed by President Masisi of Botswana recently made its recommendations in a White Paper regarding the hunting ban and human-elephant conflict. Among their recommendations, they suggest that the hunting ban be lifted, efforts are taken to confine elephants to the protected areas and/or reduce the population through culling, and that the government should focus on reducing human-elephant conflict. These statements are highly controversial among urbanised people in Western societies who are concerned about the rights of animals they don’t live with, whereas many Batswana welcome the statements – as is evidenced by the many comments on Facebook threads from people with Setswana-sounding surnames.

My purpose here is not to defend the list of recommendations, because a White Paper is in effect not final – it is merely a list of issues for further discussion. The social media furore of outraged people that predictably followed the White Paper announcement is largely driven by those with little understanding of the context in which these recommendations have been made. And so, I would like to provide that necessary context. Hopefully this context will give you a deeper understanding of what is going on in Botswana since former President Khama handed over the reins to President Masisi.

Democratic vs. authoritarian styles of governance

As a result of this White Paper announcement, Western news media seems to mourn the change of presidency in Botswana, and yet in Botswana itself this is not the case. To find out why, perhaps it is necessary to look at the apparent difference in governance style of these two presidents.

Masisi consulted with his people by setting up this task team specifically for “Social Dialogue”. The broad community consultation process was actioned at the request of parliament, in recognition of calls by citizens and local scientists to re-think the hunting ban. This may not seem revolutionary to outsiders, as this is surely what presidents of democratic governments should do. But for the citizens of Botswana, this simple act of consultation was seemingly both a breath of fresh air and a blast from the past. The spirit of democracy and consultation is what made Botswana a successful nation; and some say that this was sorely missed during Khama’s rein.

The slow machinations of government and consultative politics were not the chosen route by former President Khama, and some of his decisions and rulings were made without the necessary consultation. One little-known fact about the hunting ban is that it was never ratified by parliament, and is therefore not actually an official policy of the government of Botswana. Changing the policy or legislation would have required a more thorough, democratic process, which would conceivably have failed. Instead, the then President Khama gave his brother, the Minister of Environment, Natural Resources Conservation and Tourism (MENT), the power to suspend hunting permits, with supposed annual review. The Khama government thus closed down the industry without bothering to ask the people if they thought it was a good idea, and entirely ignored recommendations from a respected local conservation organisation.

Finding solutions requires research – or not

In the current furore, I hear many people calling for different solutions to the elephant issue, rather than trophy hunting or culling.

“There must surely be some ways to live together,” we hear.

Although no one has found the ultimate solution, the Department of Wildlife and National Parks used to have sound policies and management strategies for reducing problems with elephants, yet these were overturned by the Khama administration. Research-focused non-governmental organisations in Botswana are still working on finding innovative ways to reduce human-elephant conflict – Ecoexist, Elephants for Africa andElephants Without Borders. If you want to help Botswana find better ways to coexist with their elephants based on sound scientific research, I suggest supporting these good organisations.

A major issue is that, for nearly two years, neither these nor any other research organisation (e.g. those working on human-lion conflict) have been able to obtain permits for new research projects. The opportunities to develop innovative new ideas were thus effectively blocked by the Khama government. Many people know about the hunting ban, but few have heard about the research ban – which was implemented in much the same way. It seems that researchers from non-profit organisations were not contributing enough money to the country’s economy – which surely speaks volumes for what the previous administration thought about the role of research. This year, President Masisi lifted the research permit ban – so there is now some hope of finding new solutions to these problems.

Even with new solutions, elephant management is expensive – both financially and in terms of human resources. As more and more government resources are channelled towards the elephants, other wildlife is being ignored. Conservation should be about much more than a single species, however charismatic it may be.

Involving communities in conservation has proven to be successful in Namibia and Zimbabwe, and Botswana was moving in this direction, until this strategy was blocked by the former administration. Communities that live in the heart of the Okavango Delta (including the villages of Khwai, Mababe, and Sankoyo) lost P7 million and 200 jobs after the hunting ban, and when they tried to make up for it by switching to ecotourism, their income was threatened. The supply of meat from the hunting industry was also the only reliable source of protein these people had, as livestock farming is all but impossible in areas teeming with predators, and these villages are hours from the nearest towns where meat is sold.

Khama’s government took away the rights of local communities over their land by dictating that land authorities could no longer sign leases with communities. This took away the communities’ right to negotiate with an investor of their choice, forcing them to accept whichever investor the Botswana Tourism Organisation chose for them. The resultant restriction of income, jobs, and protein in these areas has further impoverished people who were reliant on these things to feed their families, send their children to school, and generally help themselves out of poverty. Former President Khama’s decisions made the rural poverty trap even more difficult to escape, and forced once-proud, employed community members to rely on government hand-outs to survive. President Masisi has since changed the Khama policy to ensure that the communities’ rights over their land and natural resources are once again respected

It does not help that some of the communities in question are San people (known as Basarwa in Botswana), who have a long history of displacement and oppressionin Botswana and neighbouring countries. Whilst the communities in the Delta retained some income through ecotourism, the impacts of the hunting ban were even more severe among San communities that most tourists have never heard of – like XaiXai, Hukuntsi, and Zutshwa. These communities are located in the dry parts of the country, far from the main tourism hubs. The ban on hunting covered both trophy hunting and subsistence hunting, so these communities were not allowed to make an income, or even feed themselves in their traditional way.

Is Africa only allowed to govern democratically when it suits the West?

One of the fascinating things about this recent furore, and others like it, is seeing how differently environmental issues are handled between Western countries and those in Africa. When wolves expanded their range in Europe, livestock farmers were up in arms, wolves were shot – which some local governments allowed, in the interests of keeping the peace (and their votes). Similarly, although there is no scientific evidence that badgers spread Bovine Tuberculosis in the UK, they are still culled due to popular perceptions. Preventing the badger cull would be good for the environment, but political suicide.

These issues are debated among Europeans, some of whom are for wolves and badgers, and some against. The same can be said for wildlife-related debates in the USA, Australia, and elsewhere. Oddly enough, none of these issues hit the African press. I have never picked up an African newspaper to find people writing letters to the editor about the “unjust culling of badgers in the UK” or pleading to “let the wolves live!”

Nonetheless, if one were to ask any rural African farmer if he or she would prefer living with rather harmless badgers instead of elephants, I’m sure we know the answer!

In case the answer isn’t obvious to you, consider this: elephants have killed 36 people in Botswana in the last few years, with 14 deaths and many more serious injuries recorded since February 2018. Many crop farmers have lost their entire annual yield in just a few nights, which severely compromises their food security. Elephants effectively impose a curfew on any human movement after dark. Women who have spent the day working their fields, collecting water, and feeding their families can no longer walk over to their friends’ houses at the end of the day for a relaxing chat. To do so when elephants are around is life threatening. Yet when they ask their democratically elected government to “do something” about the elephants in their backyards, and their government finally starts listening to them, those living in the comfort of their urban homes in Western societies are outraged!After years of being bound and gagged by international interests and by her own former president, Botswana has finally stood up and started to speak. I suggest we sit down, stop judging, and start listening.

I would like to acknowledge three Batswana colleagues who are working or have worked in the conservation sector (both government and non-government) in Botswana. They checked the article for accuracy and provided valuable input. 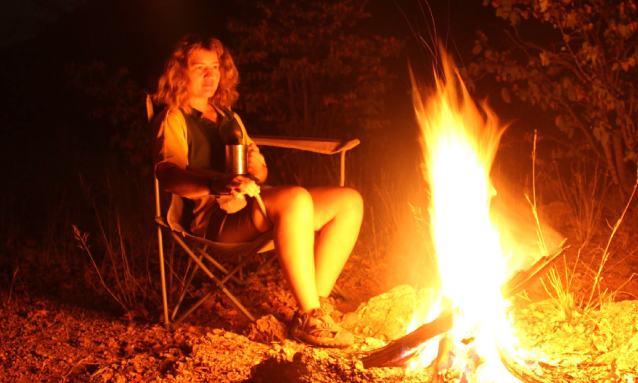 Gail Potgieter is a carnivore conservationist who specialises in addressing human-predator conflict. After spending a year volunteering for the Cape Leopard Trust in Namaqualand to find out more about carnivore conservation on farmlands, she headed to Namibia to work for the Cheetah Conservation Fund whilst completing her M.Sc. on the use of livestock guarding dogs to conserve carnivores. As a human-predator conflict consultant for the Namibia Nature Foundation, she currently works closely with communal conservancies in the southern Kunene region. Her dream is to find practical, sustainable solutions to human-predator conflict in areas that are not officially protected by national parks. The views expressed in her blog posts and other social media are not necessarily those of the NGO’s mentioned above.