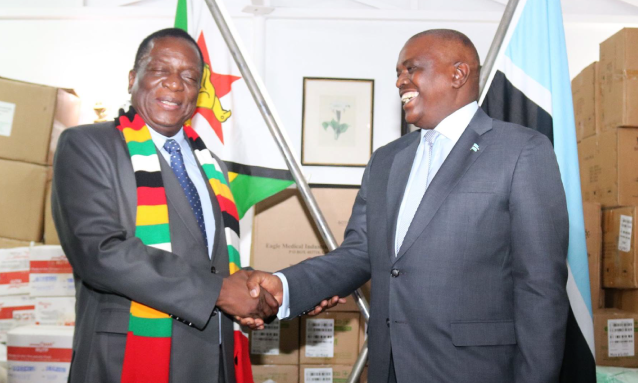 Botswana and Zimbabwe are working on finalising a 1-billion Pula credit facility offered by the former to support the private sector in Zimbabwe.

Speaking to BOPA on the sidelines of the inaugural session of the ministerial meeting of the Botswana-Zimbabwe Bi-National Commission in Harare recently, the Minister of Investment, Trade and Industry, Bogolo Kenewendo said the money would not be coming from the government coffers but from local banks.

The minister said if the modalities were agreed upon and implemented, the Botswana government would act as a guarantor for the local private sector to participate in the Zimbabwean market.

The guarantee, she said, would be through Botswana Export Credit Insurance. Furthermore, she said Botswana was asking for a counter guarantee from Zimbabwe to ensure that whoever comes in was covered for commercial and political risk.

She said Botswana’s local banks are prepared to assist Batswana willing to invest in Zimbabwe and should, therefore, be protected against political risk. For example, if there was political turmoil in Zimbabwe, the government would bear the risk in order to protect Batswana investors. 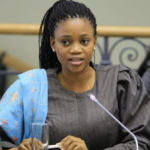 “We want Batswana to pursue businesses in Zimbabwe, hence this is one such major way to relieve them of the risks,” she said.

“The credit line is supposed to position Botswana as an export-led economy, not only for manufacturing but services as well,” she said.

Meanwhile, Zimbabwe’s Minister of Foreign Affairs and International Trade, Lt Gen. (Rtd) Dr Sibusiso Moyo said at the official opening of the ministerial session on Wednesday that the credit facility was a shot in the arm to Zimbabwe’s economy and realisation of the Transitional Stabilisation Programme.

“We are on the right path to revive private sector participation in our economy,” he said.

The move would also facilitate tourism and business between the two nations, he said. Dr Moyo said eight agreements envisaged to be signed between the heads of state were evidence of firm political commitment and long-standing ties between Botswana and Zimbabwe.

For her part, Botswana’s Minister of International Affairs and Cooperation, Dr Unity Dow said the commission offered the two governments a platform to discuss issues of mutual interest and to elevate cordial relations to higher levels. Dr Dow said the agreements signed in Namibia last year paved way for the convening of the historic meeting of the commission. Furthermore, she said the meeting was a milestone in the history of two nations and long-standing bilateral relations, a testament to the governments’ desire to further strengthen the bond of friendship and cordial relationship.

Dr Dow called for commitment in the implementation of agreements, saying the commission should discuss innovative ways of advancing a mutual agenda with a view to strengthening and broadening bilateral cooperation between Zimbabwe and Botswana.