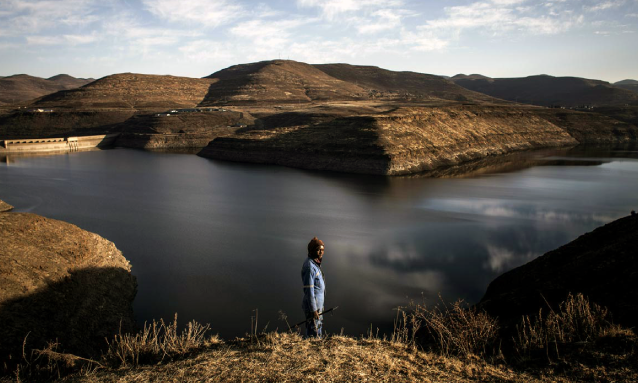 Botswana, Lesotho and South Africa will share the cost of the construction of a 600-km water pipeline that will run from Lesotho through South Africa to Botswana, it emerged this week. This was revealed in an interview on Tuesday with Rapule Pule, a water resource specialist from the Orange-Senqu River Commission (ORASECOM), in Francistown. ORASECOM is the institution responsible for managing the resources of the Orange-Senqu River Basin, a transboundary resource shared by Botswana, Namibia, Lesotho and South Africa.

Botswana will import water from Lesotho through the 600-km pipeline that will run from Lesotho across South Africa to its capital Gaborone. Lesotho has a water surplus as the mountains there could easily trap water from the Senqu River, Vaal River and Orange River, among other water streams.

Two proposed dam construction sites have been identified by consultants along the Makhaleng River and a pre-feasibility study is being conducted to find possible sites for water dams to be built. The size and cost of the dams will be determined by the feasibility study, which is funded to the tune of 2.3 million U.S. dollars by the African Development Bank. Namibia will not share the costs as it is an observer to the program, Pule said. The project is likely to be funded through donors.

Villages along the proposed pipeline are also expected to benefit from the project. Water supply in Gaborone has been sustained by imported water from North West Province of South Africa after Botswana was hit by successive drought periods. Ministers responsible for water from the respective countries signed a Memorandum of Agreement recently, aiming to provide policy and political guidance for the project and review progress on the implementation of the 10-year integrated water resource management plan adopted in 2015. That plan attempts to guide management, development and conservation of water resources of the Orange-Senqu River Basin.