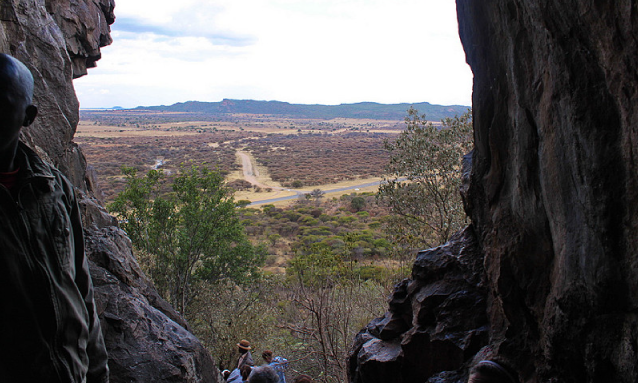 Caves have always been fascinating to people and often been regarded with awe and superstition. Many a tale has been told about Kobokwe’s Cave in Botswana, a place traditionally associated with witches, black magic and evil spirits. Today the cave is an important tourist site and a place of pilgrimage for Christians. It is located in a Botswana Heritage Park and is protected by the local government.

The caves are in a rocky and hilly part of Botswana, which is not typical of the country’s landscape; one that is mainly flat, semi-desert and known as the Bush. The area where the cave is located has traditionally been inhabited by the Bakwena tribe (also known as the Bakoena).

The cavern is very important in the myths and lore of this group. It is believed that the Bakwena originated in what is now Southern Africa and have lived in this locality for approximately 500 years. Before the coming of the Europeans, the tribe, who were primarily hunter-gatherers, were known for their worship of the crocodile. The traditional culture of the Bakwena tribe is in decline as Botswana transitions to a modern society. 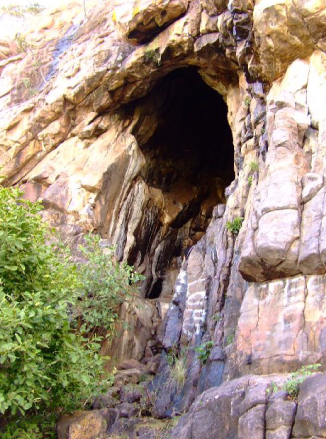 The caves are impressive in themselves and they are set in some beautiful and rugged scenery. This cavern is very spacious and has some impressive stalactites and rock formations. However, it is most famous for the part it played in Botswana life and especially in the history of the Bakwena people. According to local folklore, the cave was a place that was long associated with black magic and sorcery. Legend has it the witches and sorcerers were executed near the mouth of the cave. There is a rock called ‘execution rock’ where it is believed they were killed on the orders of the local Chief or Kgosi of the Bakwena.

From execution rock, the witch or wizard was flung to their deaths. One story recounted is that one condemned witch called Kobokwe was thrown from execution rock but was able to use a spell to cushion her fall and survived.

The cave is named after this fortunate witch. The local people also believe that dark spirits, which have taken the form of monstrous serpents, live in the depths of the cavern. Traditionally, many Bakwena people have been wary of visiting the caves and the surrounding hills because of these serpents.

David Livingston, the great Scottish explorer, doctor, and missionary visited the area in the mid-nineteenth century. He was on a mission to convert the local people and had implored the Kgosi or Chief of the Bakwena to convert to Christianity and to be baptized. The king at this time was Sechele I, a very important monarch in Botswana history. He refused to convert and ignored all of Livingstone’s blandishments and pleas to convert.

The great Scot was at a loss, but he had heard about the local cave which was reputed to be haunted by the monstrous snakes. He approached the Kgosi and stated that he would stay a night in the cave and would prove that the Christian God was more powerful than any evil spirits. Livingstone went into the hills and entered the cave where he spent a restful night without incident. The monarch was amazed that the doctor and explorer had survived and he agreed to be baptized and this was important in the conversion of Batswana to Christianity.

Kobokwe’s cave is now regarded by many believers as a sacred spot and is a major Christian pilgrimage site. Many refer to the cavern as Livingstone’s cave after the missionary and explorer. There are regular midnight prayer meetings held at the cavern.

How to get to Kobokwe’s Cave

Kobokwe’s Cave located near the South African border and not far from the town of Molepolole, where there is a museum dedicated to Bakwena history and culture. The cave,  some fifteen minutes out of the town, is not well-signposted. It is off a major highway and there’s some climbing required of the rather steep hill, but luckily, the many pilgrims have worn a path to the mouth of Kobokwe’s Cave. The execution rocks can also be visited and offer a great view of the surrounding Bush. There is a game reserve not far from the site. There are no organised tours so getting to the location can be tough.