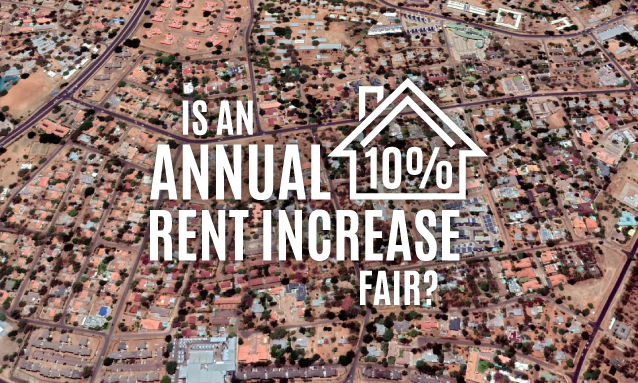 As a returning Motswana who lived in the UK for over a decade, it came as a shock to learn that tenancy agreements in Botswana can include a bizarre clause in which rent is increased by 10% every year! None of the agreements I’ve seen explain why. In England, I lived in a modern apartment within a town centre for just over seven years, and in all that time my rent increased just once… by a “whopping” £10.

Generally speaking, residential rents in the UK don’t increase by much (if at all, depending on the landlord) and certainly not by 10%. Admittedly, there are landlords in Botswana who don’t apply the 10% annual increase, and some only apply it once after the first year. But why does this ridiculous clause exist in the first place?

The topic of housing was discussed in The Sunday Standard back in May 2015 with property industry expert, Mpho Moremong-Gobe and back then the available housing did not sufficiently meet the demand. 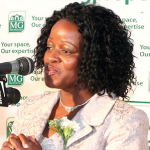 “The scant availability of housing provokes a sense of hurry over houses that the market puts up for rental, a scramble that makes people believe that every offer that comes along is a golden opportunity worth grabbing immediately.

Economists posit that a price is a reflection of both the supply and demand forces, which in the case of Botswana the limping supply of residential property against the heightened willingness to find accommodation has caused prices to shoot up.

Knight Frank reports that the asking rental price for a 4 bedroom executive house in a prime location is US$2,180 (equivalent to P21,145) but however, highlights that there are a small number of people with both the willingness and ability to access that top end of the market in Botswana.”

The last line is key and it’s the same story almost 4 years later; there is a willingness, but a sincere lack of ability. Circumstances are changing with more and more residential complexes being built. But newly built housing developments come at a premium. The problem of housing availability is being solved, but now there’s a new problem in that the cost of living has risen and people’s incomes haven’t improved.

Very few (if any) salaries in Botswana increase by 10% or more every year, wages are generally stagnant in both the private and public sector. Batswana already have to contend with the alarming rise of prices for basic commodities and goods. Botswana has issues with wide unemployment and living in the capital city is a considerable strain on your finances. If you are fortunate to be earning between P8,000 – P15,000 per month then you’ve done very well, but the chances of that improving within 3-5 years are slim.

Landlords have clearly forgotten what life was like before they owned properties. You would assume the rental price has already been calculated and variables factored into the equation, so where does the need to raise the rent by 10% come from? In the same article mentioned above, Moremong-Gobe provides an explanation.

“An issue that is central to the dynamics of a lease rental agreement, which as it appears has gone unchallenged for far too long is that of the 10% rental increase, a percentage increase that has solidly set itself as the standard rate in lease agreements. 10% is a historical amount which was based on (and justified) by the inflation rate prior to the millennium era, which at the time averaged 10%. Moremong-Gobe highlighted that the inflation rate has since dramatically sank but it appears however that many people have not yet embraced the change.

According to Bank of Botswana, the plunging oil prices dragged inflation down to an all-time low of 2.8% in a period of 15 years in February this year. It is assumed that people have religiously kept to the 10% rental increase either out of ignorance of its past, or that many people are typically oblivious to economic activities such as inflation movements that affect the price of basic needs such as accommodation.”

I’ve asked numerous people and it appears many are constantly moving house almost every year. For some, it’s because their circumstances have changed and they are searching for cheaper rentals. But for others, they are avoiding having to pay 10% extra in rent because they simply cannot afford it. This is just not fair or practical. It seems nonsensical for landlords, who are basically having to go through the hassle and expense of advertising their properties every 12 months. Is this sustainable? If you have a good tenant that pays rent on time, doesn’t it make better sense to keep them for as long as possible?

I recently saw a small housing complex in an area called ‘Village’, which is a prime location in Gaborone. I know full well I cannot afford to live there, but I do like to dream. I contacted the owners of the complex to enquire and was informed the rent for a single 3 bedroom house was P10,750 per month and yes, they apply the 10% increase every year. When I questioned the increase, the representative quickly lost patience and slammed his phone down on me. So it seems some landlords are rigid and unwilling to negotiate. I think people have every right to question it; P10,750 is the equivalent of just over US$1,000 or just under £800… it’s a lot of money, especially if you are earning Pula.

To understand the kind of figures we are dealing with, see the table below.

The website, ‘Numbeo’ states the average salary in Botswana is P8,722, but I find these types of statistics are not entirely accurate. Employee benefits can differ from one job to another and the gap between the lowest and the highest earners is wider than the Grand Canyon. Low incomes can be as low as P800 per month, whereas high incomes can be as high as P70k and exceed P100k. The same website states the average rent in Gaborone for a 3 bedroom property is P7,400. Although, the average rent for a 3-4 bedroom property in a prime location can be anywhere between P20-P30k and above.

According to the World Population Review, the population of Botswana is approximately 2.35 million and a little over 230,000 live in Gaborone. That would include the elderly and retired, high earners, low earners and youth/students. You could argue the majority of higher earners have mortgages and already own at least one property. A worrying statistic is the youth account for approximately 60% of the population and many of them are unemployed. There’s also the notion that landlords with properties in secure complexes and prime locations prefer expatriates and businesses as tenants.

I conducted a bit of research, and it was interesting to observe that although people are not pleased with this situation, they do not feel it necessary to query it. People are resigned to the status quo; either pay the extortionate fees or move. This clause appears to have been around for quite some time, so for many, it’s the norm and they have no reason to question it. 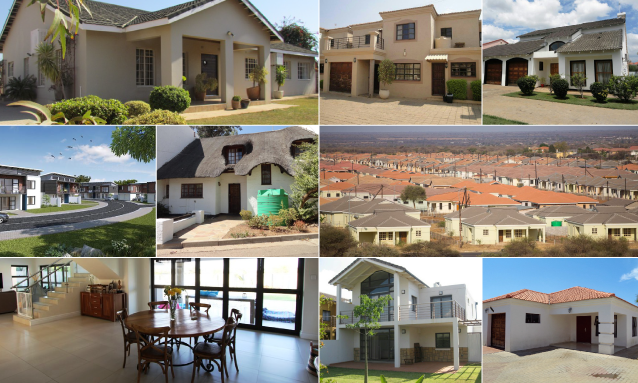 Curious to find out what the government’s stance on this is, I started digging around for more information. The findings are horrifying, as it appears the rental market is a “free market”. In short; the government does not have a set of laws by which both parties have to abide. Agreements are made strictly between the landlord and the tenant; there are no binding guidelines and laws for tenants to fall back on. The law seems to be heavily biased towards the landlord, but the tenant is not really protected.

There is no regulation that governs residential property rental, so it’s no surprise landlords feel justified in charging eye-watering annual increments. It’s no surprise there is no consideration of feasibility, the cost of living, salaries in Botswana and the rate of inflation. Such factors that should all contribute towards determining whether increasing rents by 10% is fair or justified. This all suggests that the sole motivation behind the annual increase is money over and above all else.

As far as I’m concerned, the 10% annual rental increase is unfair and the rate is unjustifiable. It’s a bizarre clause that appears to allow some landlords to extort money from tenants who can ill afford to be extorted. The majority of people who rent do so because they do not have a sufficient income to get a mortgage and buy their own property. It feels as though the 10% increase is a penalty for being broke. The relevant regulations need to be put in place and the law needs to be changed and fast.

What are your views on the annual 10% increment that Botswana landlords slap on tenants? What has been your experience so far? Do you know of any landlords who don’t charge it? Please share your views with YourBotswana.