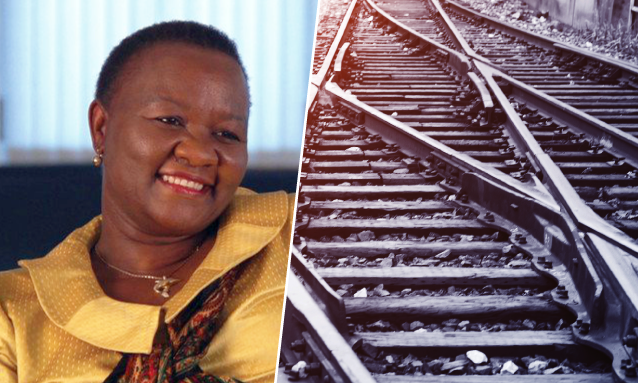 The Botswana government is set to construct a new heavy haul railway line that will link the country’s Mmamabula area with South Africa’s Lephalale coalfields.

The Minister of Transport and Communications, Dorcas Makgato confirmed the reports and said the project is aimed at linking coal deposits in both areas with South African heavy haul lines. The railway is also aimed at becoming the gateway to South African ports for the coal market as well as to link Botswana’s mines to the Transnet Freight Rail network.

“In order to unlock regional growth, a corridor approach is a must. The proposed link between Mmamabula in Botswana and Lephalale in South Africa would stimulate the economies of Botswana and South Africa,” said Dorcas Makgato.

The Minister termed the general development of this transport infrastructure as the key to the development of regional integration and trade and that the Mmamabula–Lephalale corridor would create an alternative route for the exportation of commodities in and outside the two states.

“Our Economy cannot exist on its own. A link will boost the economies of both two nations as well as the region,” said Makgato.

Makgato added that Botswana’s coal resources were extensive,  estimated to stand at 213-billion tonnes, making up two-thirds of the coal on the African continent.

She said the Karoo Super Group covered about 70% of the landlocked country. Recently, the Botswana government has been at the forefront appealing to prospective investors in the broad coal sector, with a set of attractive incentives.

The minister reiterated that there was a need for the country to focus on and invest in infrastructure and equipment that could move its coal resource to the market. Botswana, which has a population of just over two million people, has a strong government-led focus to diversify the economy, which is predominantly mining-driven.

Botswana has a government-owned rail network of more than 800 km of rails, making it the second in sub-Saharan Africa in terms of per capita density (behind Gabon and before South Africa).