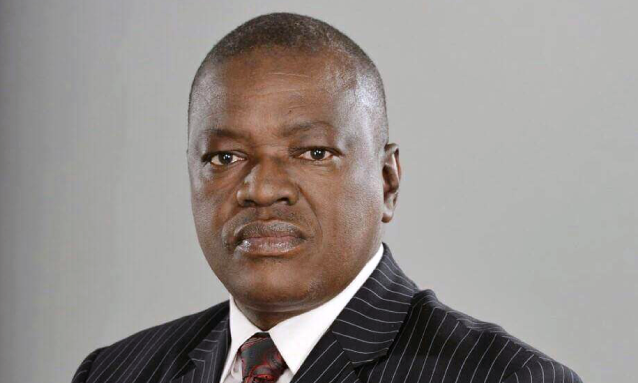 He begged for reconciliation amid the warring factions ahead of the national congress and general elections later this year. 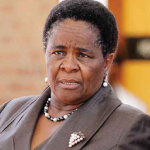 Masisi assured the arty members that he was not afraid of dying. There had been talks of security threats made against him by the warring factions. Tension among the factions had escalated following veteran politician, Pelonomi Venson-Moitoi’s announcement that she intended to challenge Masisi for the presidential position.

Venson-Moitoi’s decision to throw her name in the hat for the presidential race had angered party members who were sympathetic to the president. They regarded her as former president Ian Khama’s proxy. 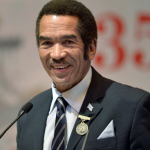 A feud has been raging between Masisi and Khama after the former used his first state of the nation speech last year to openly attack Khama in an unprecedented clash. Khama’s “no show” at the impromptu meeting set tongues wagging among party members, who are aware of the feud. Khama later made a grand entrance, much to the amazement of party followers attending the meeting in Palapye, about 300 km from Gaborone.

Masisi had already delivered his opening speech when Khama arrived. The meeting was seen as one of the platforms where the two could reconcile. Masisi had appointed a team of elders, comprising, among others, former President Festus Mogae to spearhead mediation that had hit a snag. Ahead of the meeting, the party emphasised to invited members that only those who had been accredited would be allowed to attend – a move that was meant to deter chaos within the party and at the meeting.

Masisi was quick to point out in his opening speech that there was a need for peace and unity in the party. He emphasised the need for members to continue working together peacefully.

He indicated that the feud between him and the former president had attracted wide condemnation from the international community, who were unhappy about Botswana’s political climate. The president noted that one of the prime ministers – whom he did not name – had shed tears about the political climate in Botswana.

“What are you doing in Botswana? Why are your damaging our reputation?” the Prime Minister had asked Masisi.

He noted that Uganda’s President Yoweri Museveni had warned that there was a need for the country to continue peacefully, as it had in previous years. Masisi shared Museveni’s message with those at the meeting.

“You are the salvation of Africa. If you don’t hold hands together, every criticism of our instability as a continent cannot be defended because Botswana would have sunk. You are the last hope,” Museveni had told Masisi.

Masisi noted the allegations that he had not acknowledged Venson-Moitoi, the challenger for the presidential position.

“Venson-Moitoi has every right to want to be the president of the party – unusual as it might be. You get to be used to unusual things [as president]. Your responsibility is to decide what you want. You think I have a problem, but I do not,” said Masisi.

A number of party elders such as Mogae had endorsed him and castigated Venson-Moitoi for challenging the president. Masisi asked members of the party not to fight over the candidates and said the best candidate would win.

“I don’t want members to fight,” he said, adding that the party would be the winner.

“I have never been afraid of a challenge,” he said.

He assured members of the ruling party that he was not out to fight with anyone. He emphasised that his detractors within the party were happy that he had brought back dialogue in the country and that the Batswana people were known for consultation.

The president told members that he was not afraid to die. Some people had told him, he said, that developments in the country were a threat to his security.

“I met the businesspeople who were afraid for my safety. I told them that I don’t waste my time thinking I am going to die. It is certain that I am going to die. All of us, we are going die. We don’t know when and how,” said Masisi.