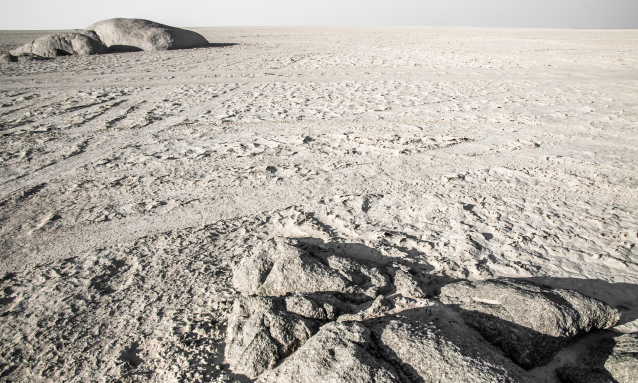 Two Oxford University experts have described Makgadikgadi Pans situated in the Kalahari basin as an amazing area with unique features that tell a remarkable story of the place and its inhabitants.

Prof. David Thomas and Dr Sallie Barrough, who were undertaking research in the area recently, made their declaration during the presentation of their findings at Nhabe Museum in Maun. Their project, titled Makgadikgadi Pans: The People of The Lake, the remarkable story of the pans and its stone age inhabitants, aimed to provide the first systematic landscape analysis of Kalahari stone age archaeology, raw material services in relation to quaternary hydrological history.

Prof. Thomas explained that they were mostly interested in finding out what happened in the area and to find out more about the people residing around the lake. He said the project focused on four areas; archaeology, chronology, environment and geochemistry. He described the area as the largest salt pans in the world which display a unique expanse of landscape with fascinating natural scenic beauty. Additionally, he said the area is the gem of Kalahari basin; noting that it was so fascinating, dynamic and one of its kind with unique features. Prof. Thomas also observed that the place was unique in the sense that it was not monotonous but had a diverse landscape preserving evidence of major climate changes in relict landforms and sediments.

“That was really fascinating to find something with evidence of the environment,” he added.

The Makgadikgadi Pans landscape is located in the north-east of the Central Kalahari Game Reserve and south-east of the Okavango Delta. It is linked to the Okavango Delta by the Boteti River and supplied with water from Zimbabwe by the ephemeral Nata River. There is evidence of traditional human habitation and land use dating as far back as the Early Stone Age to the historic times.

With regard to the environment, Prof. Thomas noted that only one of the six sites excavated had shown significant disturbance. The lake, he said, was one of the most diverse in terms of ecological habitats. In addition, he indicated that the residents used the basin when it was at least ephemerally dry.

For her part, Dr Burrough said the artefacts found in the area told a rich story of the place, adding that record of human pre-history in the region was well documented but largely uninvestigated. She further revealed that the area was characterised by early Stone Age to historic sites, middle Stone Age and late Stone Age tools.

Interestingly, she said they found some lake phases dating back 62 000 years and some preserved tools that appeared to  have come from under islands. She said the geological evolution of the Makgadikgadi basin was dynamic and remarkable and that the current climate and environment departed from the norm. She said increasing evidence had indicated that the lake had also unsurprisingly undergone major changes in the period and held water across the entire basin.