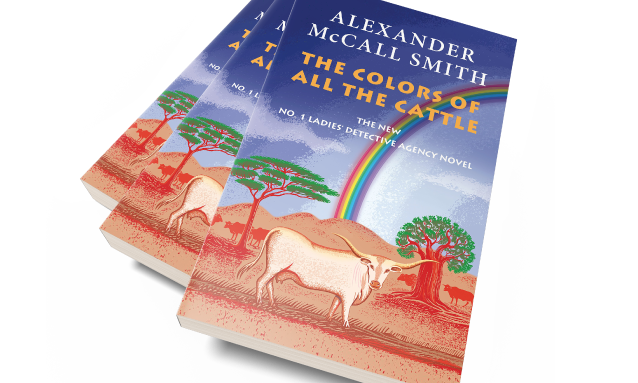 The Colors of All the Cattle is the latest in the series of Alexander McCall Smith’s No. 1 Ladies’ Detective Agency. This series, started  with the publication of the No. 1 Ladies’ Detective Agency in the early 2000s, has become a runaway hit, selling over 20 million copies worldwide. It is the only detective series set in Botswana, a landlocked country just north of South Africa. 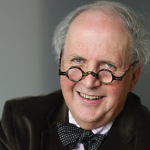 It was there that Alexander McCall Smith, a professor of medical law and an expert on medical ethics at the University of Edinburgh, spent several years setting up the law faculty with the University of Botswana and where he authored the leading (and only) work on criminal law in Botswana. After the spectacular success of his first novel, he has devoted himself full time to his literary career.

The No. 1 Ladies’ Detective Agency series is less about crime than it is about the gentle lives and peccadilloes of the two ample and sturdy Botswana ladies who run it and their friends. This book, like his others in the series, moves gently along, focusing on the tiny events and emotional negotiations of daily life in the small business. The founder of the agency is Mma Ramotswe (Mma is a term  of respect like Madam), wife of Mr. J.L.B. Metekani who owns a respected car repair shop and her edgy and sensitive assistant (who promotes herself in conversation to joint managing director) Mma Makutsi, extravagantly proud graduate of the Botswana Secretarial College.

In this latest novel, two problems are posed. The detective aspect, the less important of the two, is the search for the driver of a car that bowled over a revered teacher and left him with injuries for which he needs compensation. The greater problem is that Mma Ramotswe is being badgered into running for a vacant seat on the municipal council to prevent an obviously unworthy woman from winning and in order to vote against the construction of the Big Fun Hotel next to a graveyard. Both cases are satisfactorily resolved but it is the process of getting to this resolution and the interplay of personalities that are the real subjects of the book. Tea breaks play a prominent role.

The story is sprinkled with the customs of Botswana: dead people are “late”, bush tea is consumed in quantity and people are addressed by their honorifics both by other characters and by the author. This lends the story a sense of authenticity and gives the impression of a proud little community where people are considerate of each other and carry themselves with a certain gentle distinction, all handled with a tender humour.  There is a particularly amusing scene in which Mma Makutsi is trying to tell the hotel developer how honest a candidate Mma Ramotswe is and the developer believes that she is a skilled negotiator requesting a  bribe.

The philosophy of the book is summed up in Mma Ramotswe’s reverie at dawn towards the end of the book:

And then the sky opened up, freed of its veils of darkness, a great pale blue bowl above… above me, thought Mma Ramotswe – and all the other people who were getting up now in Botswana, above people for whom this was their first day on this earth – the tiny, fragile babies – and above those for whom it was their last – the aged people who had seen so much and who knew that the world was slipping between their fingers… all-or most of us at least – trying our best, trying to make something of life, hoping to get through the day without feeling too unhappy, or uncomfortable, or hungry – which was what just about everybody hoped for, whether they were big and important, or small and insignificant.

She sighed. If only people could keep that in their minds – if they could remember that the people they met during the day had all the same hopes and fears that they had, then there would be so much less conflict and disagreement in this world. If only people remembered that, then they would be kinder to others – and kindness, Mma Ramotswe believed, was the most important thing there was.

And there you have it – a philosophy and a balm to the soul. The Big Sleep this is not. A little more like a modern Jane Austen in an African setting.