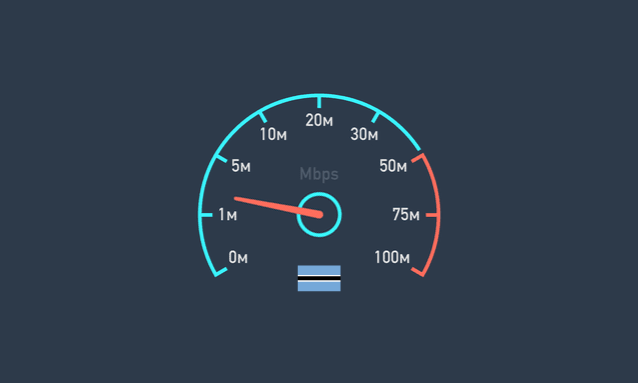 For example, a friend of mine in the UK pays approximately £40 per month (approx. P545) for speeds of up to 35Mbps, AND included in that price is satellite TV and a landline. In Botswana, there are currently no providers offering internet, satellite TV (or DStv as it is here) and landline packages. These are all paid for individually. DStv premium costs over P800 per month (approx. £60) and internet prices vary depending on the speed you select.

However frustrating the cost and quality can be, I have learned to be objective as there are legitimate reasons why the internet is so expensive and inconsistent. Judging by the various comments/complaints on social media forums, many consumers either don’t know or neglect some of these reasons. So here’s my breakdown.

Botswana is landlocked and surrounded by large areas of land. The internet is carried around the world via a network of fibre cables, so many of these cables are underground and even on the seabed. Since Botswana doesn’t have a coast, cables have to pass through those large areas of land surrounding the country. This adds to the cost of internet in Botswana. BoFiNet is the custodian of Botswana’s internet supply and effectively buys internet from other communications providers in whatever country and sells it onto Botswana ISPs. Botswana has quite a number of ISPs, too many in my opinion since the market is so small, but the traffic coming through the fibre cables can be congested.

Quite often, the internet disappears completely and there are many reasons for this. In severe cases, the reason could be totally beyond a local ISP’s control. Since the fibre network cables are underground in other countries and on the seabed, the cables can be damaged at any point. In these circumstances, ISPs and BoFiNet are at the mercy of foreign organisations, who are locating the damage and repairing it. So it’s difficult for ISPs in Botswana to provide an accurate timeframe as to when the line will be reconnected.

ISPs have packages for most peoples’ requirements and budgets. You can have internet speeds as low as 1Mbps or as high as 20Mbps+ and, of course, you get what you pay for. Consumers can now conduct their own speed tests online, but the speed test results will never indicate your speed is exactly what you’re paying for.

The internet is supplied through ‘shared lines’, particularly for residential customers because ‘dedicated lines’ come at a much greater cost. A number of customers access an internet connection and the cost of that connection is shared between them, customers can be sharing with 4-20+ other customers. Good ISPs will try to keep this number to a minimum. The results are customers will never or will rarely receive the full internet speed they are paying for. This is why most ISP’s marketing will use wording such as “speeds of up to 10Mbps”.

So basically up to several houses can be accessing their internet through the same connection. Factor in each customer’s usage and you can appreciate why the internet can be slow. This is why ISPs will use terms  such as ‘peak’ and ‘off peak’. A dedicated line means you are not sharing the connection with anyone, but dedicated lines cost considerably more. Some businesses can afford dedicated lines, and their need is greater since a business can have a large number of employees using the internet.

Many people have to budget and so the lower-priced packages are better suited to their finances. However, the lower-priced packages are not always the appropriate package. Many households have multiple users living there with multiple devices connected to their wifi – computers, laptops, smartphones, TVs, printers, etc. using Facebook, streaming movies and so on. This is the harsh reality of the package you choose.

If (for example) you are paying for 2Mbps and there are 4 people using the internet in your home, you will most likely struggle because 2Mbps might not be sufficient. Remember your connection is shared too, so it’s likely your average speed is 1.5Mbps – that 1.5Mbps is shared amongst the 4 users in your house.

This is not the ISP ripping off its customers by giving their customers less than what they are paying for. A house containing 4 or 5 internet users is more likely going to require an internet speed no less than 5Mbps. However, if you do have a 5Mbps package and an online speed test shows your speed is consistently below 3Mbps, then you should contact your ISP. Just remember that you shouldn’t be doing anything online during the speed test, as it could give you inaccurate results.

In some countries, you won’t even find low speed packages available (less than 10-20Mbps) because it’s an insufficient speed for modern day internet usage. However, in countries like Botswana, ISPs provide low speeds packages to suit people’s budgets.

Botswana has issues with power supply and at certain times of the year, residents can experience a high number of power cuts (load shedding). Sometimes the power outages can be caused by bad weather, rotten poles or equipment failure. I know it sounds odd and it should be obvious, but I’ve heard stories of people complaining they have no internet during power outages. I assume these people are expecting to still have access on devices with batteries (phones and laptops). Sadly not, as the dish attached to your property is connected to a receiver (or radio), which is connected to your modem. Both these devices are plugged in, as they require electricity in order for them to work.

Line of sight is another consideration and there’s a number of reasons why this can be problematic. In order for any property to receive the internet, ISPs install a dish on each house. The dish receives the signal transmitted from a nearby tower. The dish then feeds that signal via a wire connected to the receiver, which is then connected to the modem – the modem distributes the ‘wifi’ around your household.

The dish is positioned so it’s facing the nearest tower, the further away the tower the weaker the signal. There can also be obstacles that block the signal (the line of sight) or compromise the quality of the signal, such as trees, and this is not something ISPs can control or remedy. Trees grow and trees growing in peoples’ plots are the responsibility of the individual plot owners. Trees growing outside plots are the responsibility of the council. The technicians installing your dish are not tree surgeons or lumberjacks, so they cannot and will not cut down trees.

Extension poles are used to lift the dish as high as possible to avoid obstacles and improve the line of sight. But poles can only be raised to a certain point because of safety issues. You must also remember many houses in Botswana are single-story buildings, a house that has two levels can offer more height than a house with just one level. Poles are not really ideal as during windy weather the pole/dish is being blown around, which can compromise the line of sight. Strong winds could increase the strain on the bracket the pole is connected to, and in extreme cases, the bracket comes away from the wall. If it’s thundery with lightning, anything high up and made of metal is at risk of being struck by lightning.

But while internet costs and various problems are beyond an ISP’s control, there are a few issues that are within their control. General maintenance and the setting up of towers and installation of dishes are a few examples. What differentiates any given ISP from its competition is how it treats its customers. The frequency of issues means customers will contact their respective ISP to register complaints/problems. At this stage, you will be introduced to the ISP’s customer service personnel.

Customer service agents are on the front line and it’s a thankless job. Most calls received are from angry people, shouting down the phone and generally being rude, abusive and aggressive. But the character and professionalism of the agent is demonstrated in how they react and handle the call. I’ve used a total of four ISPs over the past five years and my current ISP (mentioning no names) is by far the best.

However, people still moan and complain about their internet. Some of these complaints are justified, but many don’t realise or consider the things I have mentioned in this article. Hopefully, this article enlightens people and saves them from making unpleasant and frustrating phone calls.