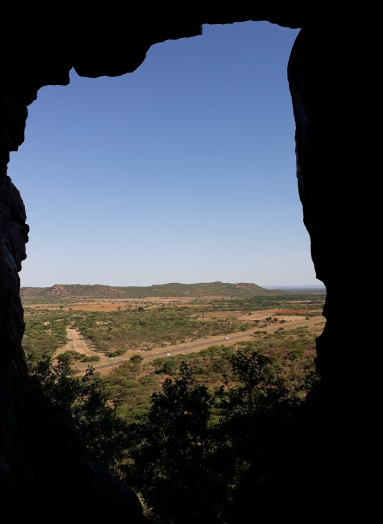 Legends say Kobokwe’s Cave got its name from a witch who practised black magic. When the sorceress was thrown from the hills near the cave, her magic is said to have allowed her to gently land on the ground. Stories soon told of evil spirits haunting the lands around Kobokwe’s Cave.

But things changed in the area when Scottish missionary and explorer David Livingstone arrived on the scene and converted the local chief, Sechele I.  Kobokwe’s Cave (also known as ‘Legaga la ga Kobokwe’ in Setswana, or Livingstone’s Cave) is situated in the hills overlooking the village of Molepolole on the Thamaga Road. It is not far from Gaborone, the capital of Botswana.

Local tradition holds that in ancient times, this was the place where practitioners of black magic were taken to be executed. Those convicted of practising black magic were thrown to their deaths from a rock near the cave. The aforementioned Kobokwe was one such soul. 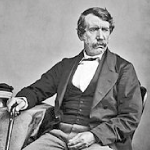 Fast forward to the 19th century, Christian missionaries begin to arrive in large numbers to southern Africa and sought to convert the local population. One of them was the Scottish explorer and missionary David Livingstone.

Livingstone had initially intended to serve as a missionary in China, following an appeal by British and American churches for qualified medical missionaries to the country in 1834. In 1838, Livingstone was accepted by the London Missionary Society. When the first Opium War broke out in 1839, however, it was no longer possible for Livingstone to go to China. Around that time, Livingstone met Robert Moffat, a Scottish missionary in southern Africa (and Livingstone’s future father-in-law), and became convinced that he should go to Africa instead.

In 1847, Livingstone arrived in Kolobeng, located in the modern country of Botswana. It was here that the missionary met Sechele I, the Kgosi (chief) of Bakwena. At that time, the people of the area still believed that Kobokwe’s Cave was a haunted place. In order to convince Sechele to convert to Christianity, Livingstone agreed to spend a night in the cave, to prove to him that the spirits there were unable to harm him. Livingstone succeeded in this, and Sechele became his first and only convert in Africa. 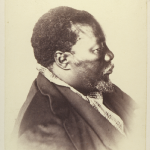 The story of Sechele’s conversion, however, is more complicated and interesting than the tale of Livingstone spending a night in Kobokwe’s Cave. The Kgosi, like many other African chiefs, was keen to have a Christian missionary living in his tribe. This was due to the fact that the missionaries brought medical knowledge and guns with them, something useful for defence. Sechele was a shrewd leader, and whilst he amused Livingstone by asking for medicine to make him a better hunter, the Kgosi was actually more interested in gaining literacy.

There were two major obstacles faced by Sechele when he decided to convert to Christianity. The first of these was his role as rainmaker. Each Tswana tribe had a rainmaker, whose job was to use magic to summon the rains. Christian missionaries like Livingstone were opposed to rainmaking for religious and scientific reasons.

Livingstone’s stay coincided with the worst drought ever known, and the disaster was blamed on Sechele’s refusal to make rain. The other problem was polygamy. As Sechele had five wives, four of them had to be divorced by him before he could be baptized by Livingstone in 1848.

A year later, one of Sechele’s exes became pregnant with Sechele’s child. Although Sechele repented, Livingstone gave up on his only convert. The missionary continued his journey northwards and made his name as a successful explorer and adventurer. Even though Livingstone gave up on Sechele, the Kgosi did not abandon the Christian faith. Instead, he read the Bible, adapted the teachings of Christianity to local customs and traditions, and became a missionary himself.

Sechele’s efforts turned the Bakwena Christian. Additionally, the Kgosi spread Christianity to other tribes as well. Moreover, as the Bakwena successfully withstood the Boers, they became a refuge. By absorbing the tribes that sought refuge with them, the Bakwena grew in size, and by the time of Sechele’s death in 1892, he ruled over 30,000 people, a hundred times the number of people he had when he first met Livingstone.