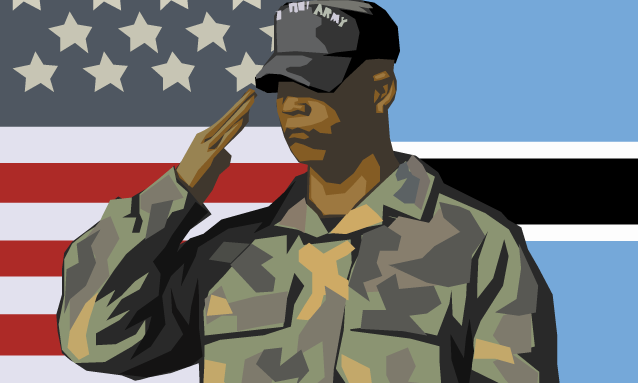 U.S. Army Africa’s premier event, a conference of Africa’s army chiefs, will be held next year in Botswana, one of the continent’s most stable democracies. Now in its seventh year, the African Land Forces Summit 2019 will be held in June in the southern African nation’s capital of Gaborone.

The conference is attended by land force chiefs from across Africa with the aim of discussing best practices for counterterrorism, humanitarian relief and other shared challenges.

Last year, some 40 African officials attended, as did representatives from allied nations in Europe and South America.

The conference comes at a time when U.S. Africa Command, USARAF’s higher command, is planning cuts in special operations troops and missions in Africa as the U.S. defense posture has shifted from fighting terrorism to threats posed by Russia and China. According to the plan, the roughly 1,200 special operations troops on missions in Africa would be cut by 25 percent over 18 months and 50 percent over three years, the New York Times reported in August.

The conference, which planners say brings more than $1 million to hosting countries, is seen as elevating their prestige. Countries are chosen based on several factors. 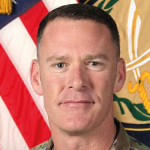 “Location is selected based on current and desired U.S. relations and interests in the region … to include future and ongoing security cooperation activities,” USARAF spokesman Col. Ryan Dillon said in an email.

This year, the conference was held in Abuja, Nigeria, the most populous and powerful country in West Africa, which has for years been engaged in a battle against Boko Haram, the Islamist insurgents that have terrorised the Lake Chad region.

The Botswana Defense Force is regarded as highly professional. Its missions include anti-poaching, disaster response and peacekeeping.

It is rated as the least corrupt country in Africa by Transparency International and the United Nations ranks it among the top countries in Africa in terms of human development measures.

However, it also has significant challenges. Botswana has the third-highest HIV/AIDS prevalence rate in the world at about 22 percent.

“The government of Botswana is wondering why President Trump must use this descriptor and derogatory word when talking about countries with whom the U.S. has had cordial and mutually beneficial bilateral relations for so many years,” Botswana said in a statement at the time. The statement added that “we view the utterances by the current American President as highly irresponsible, reprehensible and racist.”

Trump later denied using the phrase during a meeting with lawmakers on immigration, though Democrats and Republican Sen. Jeff Flake of Arizona insisted that he did.