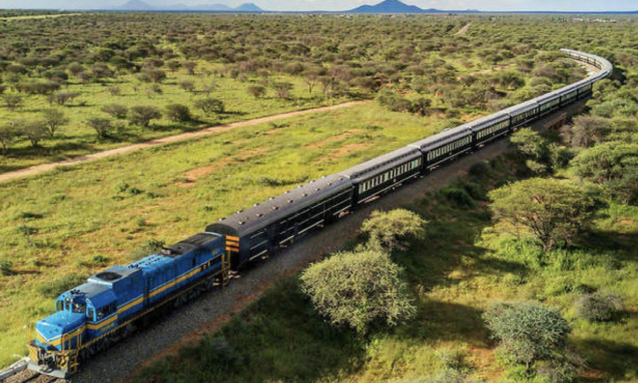 Johny Smith, the Chief Executive Officer of the Namibian railway’s entity, TransNamib has called on his Botswana counterpart to expedite the process of developing the Trans-Kalahari Railway (TKR).  The two southern African neighbours in mid-March 2014 signed a memorandum of understanding to develop the TKR project.

The agreement has been on the cards for several years now, but was repeatedly delayed largely over a decision on a suitable route — it is expected to broadly follow the Trans-Kalahari Highway — that balanced each country’s environmental concerns with technical and cost considerations. In fact, it was supposed to be ready for use in 2019 at the earliest, but there is nothing to show at the moment.

Smith expressed concern that the construction of the TKR project was long overdue as it has been on the table for many years. He revealed that both the feasibility study and the planning stages have long been conducted and what “is needed is for engineers to be on the site”. 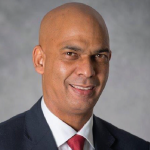 According to Smith (pictured right),

“Early next year, the two governments are expected to meet in Namibia to hold discussions on the project.”

Smith further revealed that his organisation has long set up a formidable team made of technicians in the capital city Windhoek and it has been assigned to ensure that the project gets started.  He said it was unfortunate that Botswana has not sent anybody to be part of the team and that also contributed to the delay. However, he was optimistic that the much-awaited railway line project would kick off. It is expected to take five years to be completed. 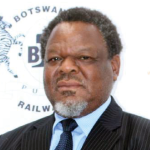 Botswana Railways Chief Executive Officer, Leonard Makwinja (pictured left) said there was no way the Botswana Government would abandon the project. According to Makwinja, the delay was caused by the fact that when the two governments signed the MoU, his organisation was not involved at the time. He was excited that Botswana Railways is involved as it is now part of the negotiation team involving the two countries. He hailed the initiative saying it would avail the rail transport opportunities for Botswana mining activities to export their copper and coal through the Namibian railway line to the sea. He said the Botswana-Namibia rail route would also come in handy for meat exporters.

Reports indicate that the planned 1,500kilometre railway line linking the Mmamabula coalfields in eastern Botswana with Namibia’s new port in at Walvis Bay, assuming it goes ahead, has the potential to accelerate the development of Botswana’s huge, yet largely untapped coal reserves — in excess of 200 billion tonnes.

It could also help develop other mineral-based exports such as iron ore. More broadly, such a development would help Botswana reduce its dependency on South Africa for international trade.

Meanwhile, TransNamib and Botswana Railways have signed a MoU to establish a working relationship between the two and introduce a container terminal for Botswana in Namibia.

Smith said the MoU is the beginning of a fruitful and beneficial relationship in developing trade between the two economies. Makwinja said the MoU provides an opportunity for Botswana to leverage on the railway infrastructure in Namibia as well as knowledge in the dry port business.

The agreement will be for nine years, during which time the parties will explore and agree on substantive terms for carrying out the container terminal business.