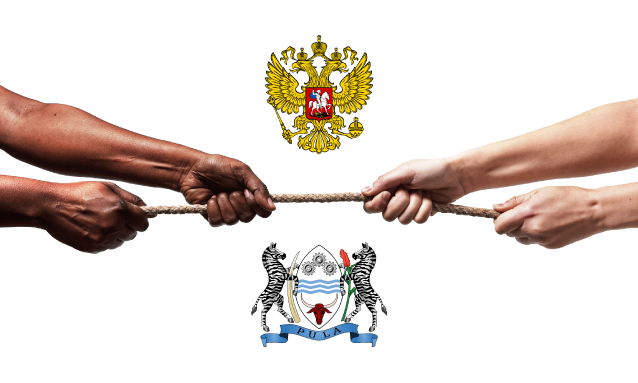 Russia has proposed that Botswana establish an embassy in Moscow in exchange for surrendering in the tug of war over the leadership of the Kimberley Process Certification Scheme (KPCS), BusinessWeek recently established.

Botswana’s accredited ambassador to Russia currently operates from a permanent base in Stockholm, Sweden, a situation Russia has over the years been gently urging Botswana to correct.

The two countries are in a two-horse race to chair the KPCS, the world’s premier watchdog against conflict diamonds and their trade. Ahead of the KPCS plenary held in Belgium between November 12 and 16, compromise talks between the two failed as neither country was willing to concede to the other.

Under KPCS rules, the annual battle to lead the organisation is focused on the Vice Chair, as the vice automatically becomes chair the following year. In Brussels recently, Botswana and Russia only succeeded in submitting a joint-candidacy for vice-chair as neither backed off the campaign. While the joint-candidacy meant both countries locked out other contenders for the chair, their failure to choose the sequence in which they will serve as vice chair, then chair, has brought matters to a head in the organisation. Ahead of the Brussels plenary, local Minerals ministry officials held several meetings with Moscow’s representatives being Russian Embassy authorities, with no breakthrough.

BusinessWeek is informed that the issue of establishing an embassy in Moscow came up at one of these meetings, indicating that the solution to the matter could lie outside the matters actually on the table.

“The discussions are to say, let me go first and you go after; one of us has to yield,” a source close to the developments told BusinessWeek.

“One of the meetings had that proposal about the opening of an embassy in Moscow, which showed that sometimes the solutions lie in matters outside the industry. These negotiations will continue until December 31, when the new chair comes in.”

Should no compromise be struck, India, the new chair, will redouble efforts to push both countries into a settlement. India takes over the chairmanship on January 1, 2019 and whichever country rises to the vice-chair will take over the chairmanship in 2020. Botswana is eager to take over the KPCS chairmanship as the global body intensifies talks over reforms which could extend the definition of ‘conflict diamonds’ to include those produced in politically unstable countries or diamonds used by political systems facing human rights abuses. The reforms, led by Western governments and entities within the KPCS, have been read by critics as an attempt to wield political control over certain countries by using the threat of blacklisting from global diamond trade as a weapon.

Most producer states are in Africa and nations such as Zimbabwe have expressed anger at the proposed reforms, which they say are part of a Western agenda to wield power through diamond trade. The permanent secretary in the Minerals ministry, Cornelius Dekop told BusinessWeek that Botswana wanted a seat at the table when the reforms are discussed.

“As a major producer, we are a very important player in the diamond industry and we are the voice of other producer countries,” he said.

“There are reforms taking place in the KPCS and we must be at the table leading those.

One of those is the attempt to extend the scope of the definition of conflict diamonds and that may affect other fellow African producer countries that may be kicked out of the KPCS. We are trying to secure a leadership role in that.”

Without providing details, Dekop said talks with the Russians were ongoing.

“Our argument is that we had a similar situation in 2005 where we yielded for Russia and we are trying to convince them to yield for us,” he said. 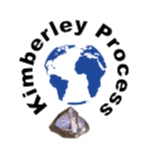 The KPCS, which has 81 countries and observers who include the World Diamond Council, is dedicated to cleaning up the diamond industry and preventing the production and trading of conflict diamonds.

All global rough diamond sales are required to be KPCS-cleared, failing which they are regarded as part of the illicit trade.