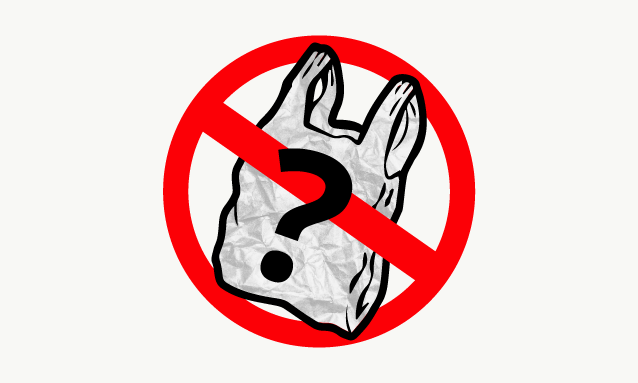 The Ministry of Environment, Natural Resources Conservation and Tourism has announced that the planned plastic ban has been postponed until further notice. The ministry said in a press release issued this week that the plastic bag ban will not effect on November 1, 2018, as was the plan, “to allow further engagement on the implementation of the prohibition.”

It further urged the public, business sector and stakeholders to “continue with the good work that they had started to reduce the negative impact of plastic bags on the environment, waterways and on livestock in Botswana.”

Naturally, following the announcement, Batswana took to Facebook to express their opinions on the matter. YourBotswana closely observed the comments to gauge the mood in order to report back to our valued readers.

What Batswana make of the postponement

While the creatures of habit among us prefer to continue using plastic carrier bags, many feel the government has been sloppy, as the announcement seems to have been rushed out just we approach November 1. This, people believe, comes down to the government’s inability to plan and implement its brilliant ideas. Based on this, they strongly feel while the government’s heart is in the right place; the plastic ban is nowhere near on the horizon and won’t be for a very, very long time.

Lest we forget, the plastic ban has been in the pipeline for a while now. In fact, this latest postponement is the second such delay. The first one heralded a few red faces in government when it came to light that while it was generally believed that the retail sector was being charged a plastic levy, nobody appeared to know where the money had gone.

What was crystal clear was that it wasn’t going in to the public coffers, as it should have. Instead, the retail sector had the last laugh; all the way to their respective banks, having earned a mint through an inadvertent passive income stream!

Sadly, some believe the whole thing smacks of the proverbial ‘brown envelope’ that appears to plague most of the country’s business dealings in spite of its glowing anti-corruption image. Those who hold this line of reason believe that someone somewhere had their palm greased by Botswana’s giant plastic manufacturer, Kgalagadi Plastic Industries.

YourBotswana chooses to give both the government and Kgalagadi Plastic Industries the benefit of the doubt. Also, given the size of the company, we would like to believe it would have the foresight to move with the times and evolve in line with current trends and needs. Surely, Kgalagadi Plastic Industries would rather grab this opportunity to grow and diversify its business rather than resort to such an unsavoury move?

What is especially sad is that most people commenting on the thread expressed they were not at all surprised by the government’s decision to indefinitely delay the ban. It would appear people believe the government talks the talk but almost always fails to walk it and on that basis, feel it was paying lip service to the promise of a ban all along! Some go one further and say they doubt it will ever happen because all too often, the government sees other countries doing something and hastily jumps on the bandwagon to make announcements without the proper planning, which of course leads to a waste of public money because the government fails to implement all these wonderful but half-baked ideas.

What’s also sad is that establishments such as Spar, Pep, Square Mart, Woolworths and Pick ‘n Pay had really made the impending plastic bag their new reality! These stores have gone ahead and started selling environmentally friendly ‘life bags’ to replace plastic carrier bags, with Square Mart even offering paper bags. Additionally, a lot of Batswana had started warming up to the idea as well!

YourBotswana’s plastic ban champion award goes to Sanitas Nursery and Garden Centre. Not only do they serve delicious food but they have also gone plastic free and don’t use polystyrene containers for takeout!

The ministry could do well to observe and learn.

The ministry’s post was shared over 300 times last I checked, so the country clearly has a lot to say on the matter. We couldn’t follow all the threads to include all the opinions here but what we’ll say is that for a country that’s so big on conservation, we’re starting to appear as if we don’t actually care for the environment after all. What I would personally urge the government to do is hold back announcing a definitive date for the ban until everything is in place.

I would encourage those within whose remit the plastic ban falls to line up their ducks by first putting together a focus group comprising people with expert knowledge of this area. This may mean going outside Botswana. But yes, get a focus group together and collect ideas and opinions from people in the know.

Off the back of that, lay out a strategy and map out a timeline for how the whole thing is going to pan out. The safari industry is huge on conservation and dedicates a hell of a lot of time to nurturing our environment and does a lot of recycling. Get them involved and find out what they do because a lot of the applause we receive for our conservation efforts can be attributed to them!

Also, our bosom buddy, China is a giant in the world of manufacturing and new/emerging technologies; any chance they could share with us some of their bright ideas?

Finally; I believe the plastic industry is a big employer, so the last thing we need is for it to crash and burn. But why would they, the only item out of their inventory that’s being banned is the flat plastic carrier bag. Many businesses are forced to evolve and change with the times. Surely Botswana’s plastic industry views this as an opportunity to do just that?

YourBotswana is by no means claiming to be an expert in the plastic industry or even the running of a business, so please note; we are merely voicing an opinion (probably a simplistic one!) on the matter as well as those of fellow Batswana.

What do YOU make of the postponement? We’d love to hear all your views, so please share them either on Facebook or directly on the website.