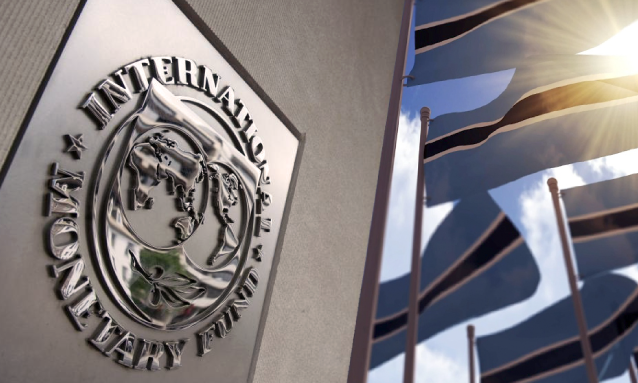 The International Monetary Fund (IMF) expects Botswana’s economy to grow by 3.6% next year, a significant reduction from its initial projection of 4.5%.

The latest revisions are contained in the IMF’s World Economic Outlook (WEO) released on Tuesday. Every year, the Bretton Woods institute releases the WEO in April before revising it in October. The WEO is the world’s most authoritative research analysis on global economic trends, threats and forecasts, covering the IMF’s 189 member states, including Botswana.

According to the WEO released on Tuesday, the IMF now expects growth in Botswana next year to come in at 3.6% from the original April forecast of 4.5%. IMF researchers, however, have maintained their forecast for 2018 growth at 4.6%.

While the WEO is silent on the reasons behind the downward revision, the IMF reaches its forecasts based primarily on information its staff throughout the world gathers through consultations with member countries. A report released in September, after an IMF team visit to Botswana, indicated that the global organisation was concerned about the country’s diamond-led development model and slow pace of reforms required to boost diversified growth.

Between May and June, a six-man IMF team visited Botswana, meeting with Finance Minister, Kenneth Matambo, senior ministry officials, Bank of Botswana governor, Moses Pelaelo and other representatives of development institutions, the private sector and civil society. Looking specifically at next year and beyond, the IMF team said a slowdown in both mining and non-mining would restrain growth.

“Looking ahead, growth is expected to slightly be moderate on the back of the slower rate of capital accumulation in both the mining and non-mining sectors,” the directors said in their report.

“That said, the successful execution of planned public investment projects, as well as reforms to improve the business climate and attract foreign capital are expected to support sustained growth in the near to medium-term.”

The reforms include reducing the cost of doing business, eliminating government-induced distortions such as monopolies, liberalising the granting of visas and work permits, improving information in the labour market, and realigning education, technical and vocational policies based on a close dialogue with the private sector on the needed skills.

“All of these will hinge on the successful implementation of critical structural reforms.

“Relying entirely on minerals and the state for development has downsides as the mining sector is capital-intensive, production is finite and related revenues are volatile.

“At the same time, the public sector has become too bureaucratic and is impeding productivity growth,” the team said.

The executives urged the government to shift ‘promptly’ to a new model focusing on a leaner and more efficient public sector and “implementing priority measures to unlock growth potential, create jobs, and foster a diversified export base”.

The IMF said the new administration led by President Mokgweetsi Masisi had signalled that it is committed to the reforms required to kickstart growth in the economy.

“Our Botswana authorities remain committed to accelerating the implementation of economic reforms to unleash the country’s growth potential.

“Towards this end, they continue to sustain the implementation of prudent macroeconomic policies and sound governance practices, which have supported inclusive growth and narrowed income inequalities,” the IMF team wrote.