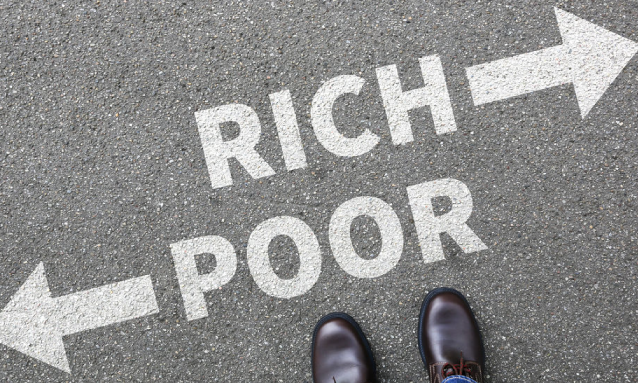 Botswana’s success is closely linked to its strong political and economic institutions, which have made the Sub-Saharan country the most prosperous nation of the region. Global capitalism is a phenomenon that has gripped the world, but Africa has not benefited much from this. The growth in the improved standards of living across the world has not been uniform. Africa has been left behind. Asia has experienced a gigantic leap in terms of economic growth, but this cannot be said for Africa.

Standards of living in Africa have improved, but not to the desirable levels. Since 1990, extreme poverty in Sub-Saharan countries has been considerably reduced and life expectancy has gone up by more than 10 years.

Human and economic developments for Africa have not been inspiring. The period between 1981 and 2000 saw the economy of East Asia double up in size, while that of Africa remained flat.

But in the midst of these figures and facts, there are some African countries making spirited, deep and genuine efforts at alleviating poverty and making the lives of their citizens worth living. One of these countries is Botswana. Botswana has seen some relatively high levels of economic growth and prosperity over the past years. Botswana is shrugging off this label of poverty, which engulfs the whole continent.

Botswana’s vast improvements economically have been inspiring. When the country got its independence from Britain in 1966, it was one of the poorest countries in Africa and in the world. Economists Daron Acemoglu and James A. Robinson, authors of Why Nations Fail, report that the nation“had a total of twelve kilometres of paved roads, twenty-two citizens who had graduated from university, and one hundred from secondary school.”

This has all changed now. Botswana’s fortunes have changed for the better. As it stands, Botswana has the highest income per capita (adjusted for purchasing power) of the region, comparable to countries like Costa Rica or Mexico. Economic growth in Botswana has been inclusive: the share of people living in poverty (i.e., with less than $1.90 a day) has declined dramatically, moving from 34.8 percent of the population in 1993 to 18.2 percent in 2009. Poverty levels are expected to fall even further, declining to 10.6 percent in 2019.

A quick look at Botswana’s status versus that of Zimbabwe highlights the extent of Botswana’s inspiring moves. In 1990, Botswana’s income per capita was three times higher than Zimbabwe’s; today, it’s eight times higher. The question will then come down to how Botswana has achieved this.

Botswana’s political and economic institutions are very strong and their quality is the premise of Botswana’s success. Political stability and long-term economic growth are what Botswana’s institutions bear. Botswana is a consolidated democracy that has been holding free elections since 1966.

The Corruption Perceptions Index ranks Botswana as the least corrupt country in Africa (its score is twice as high as the average for Sub-Saharan countries). This means Botswana is able to properly account for its natural resources.

Botswana is the second freest country in Africa, being surpassed by Mauritius. The business environment in Botswana is highly favourable for investors. It has a sensible regulatory environment and a reasonable rule of law. This facilitates the conduct of business and encourages foreign investments. In addition, trade barriers are relatively low, while successive governments have managed to keep public finances under control.

Political and economic institutions can only be strong if citizens are able to keep their governments accountable, keeping them in check. In Botswana, the last few years have witnessed the weakening of the democratic system as well as a severe deterioration of property rights. This is something which should be guarded against.