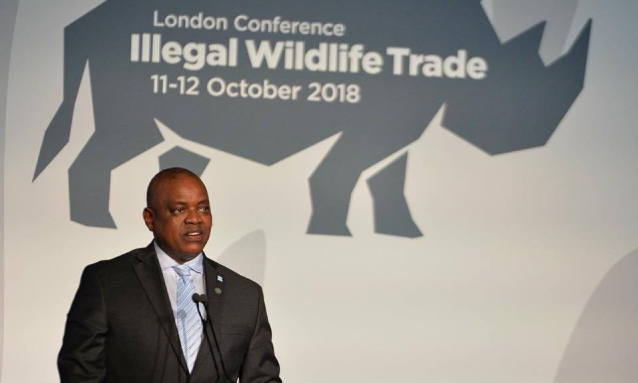 Kedibonye (not her real name) — who lives in the village of Lesoma, situated in the Chobe Enclave in the northern part of Botswana — has not been able to go to school for the past four days because she has been listening to the deep rumbles of an old elephant at her parents’ small farm. Despite lions projecting superiority in the African wilderness, elephants are the true kings of the jungle.

Kedibonye, just like many other schoolchildren in this part of Botswana, is afraid to venture out of her parents’ house because recently two elephants invaded her village. And in the process, they killed two boys going to school. They have started to encroach into people’s territory due to the prolonged dry spell. On a daily basis, people spot big old bulls eking out a living by fighting for just a single new leaf or branch that promises moisture.

The story illustrates the fate of many Botswana citizens who live in the northern and north-western parts of the country. The elephant population in Botswana has grown tremendously over the past 30 years due to the conservation efforts by the government. The story clearly captures the sheer magnitude of the problem that elephants subject people to in their villages and settlements as they destroy the eco-system, farms and property, and kill people.

So far, 21 people have been killed by elephants since 2009 and this has caused a serious problem of conflict between humans and the animals. Many schoolchildren in villages such as Xakao and Seronga in the north west of the country have deferred going to school because of elephants. 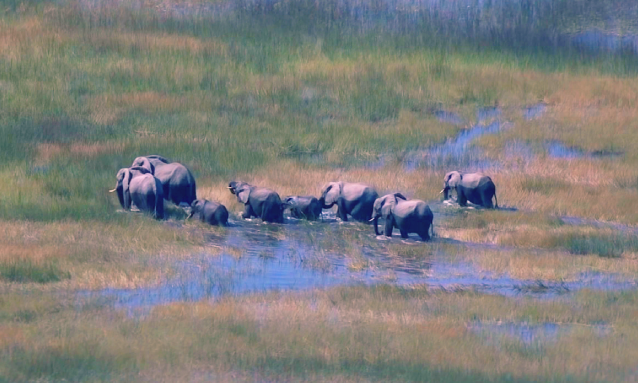 It is noteworthy to know that Botswana has reserved 42% of its land for national parks and game reserves. According to the 1991 Elephant Management Plan, the carrying capacity for the elephant population in Botswana is 54,000 but over the years this has ballooned to 160,000, hence the problem of human-elephant conflict.

This has presented a dilemma to the Botswana government as it has to protect the people and wildlife species. Therefore, my government’s policies must ensure that there is a balance between conservation and sustainable utilisation of natural resources for the improvement of the living standards of its citizens.

Botswana is a democratic country where people vote for their political leadership freely, and they love their wildlife, but prefer them to be managed sustainably.

In this respect, my government recognises the sustainable utilisation of natural resources as a critical area that has the enormous potential to grow the economy of the country, thus contributing to the creation of jobs and poverty reduction, particularly among rural communities where the wildlife population is concentrated. The government has put in place robust initiatives that are aimed at protecting and conserving the country’s animal species, not only for conservation tourism but also for future generations.

Botswana has an enviable track record for inclusion and popular participation in policy formulation through meaningful dialogue. It is against this background that my government has started national consultative meetings with different communities on a national elephant action plan and human-wildlife conflicts. The outcome of these consultations will help my government make informed decisions on solutions to the human-wildlife conflict.

On a daily basis, people spot big old bulls eking out a living by fighting for just a single new leaf or branch. 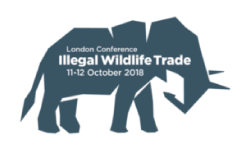 Therefore, the convening of the Illegal Wildlife Trade (ITW) Conference is very timely — it’s happening today in London — as it will give my government the opportunity to inform members of the international community about its anti-poaching efforts and conservation strategies.

The government of Botswana imposed a moratorium on hunting in 2014 in a bid to allow recovery of certain species whose population showed declines, particularly springbok and tsessebe. Animals such as the elephant and impala were not affected, hence their increased populations.

The Botswana Wildlife Policy is intended to guide and facilitate the strengthening of, and support to, existing and future wildlife conservation and utilisation activities. The policy safeguards the continued sustenance of the wildlife resources and the involvement of stakeholders in the management of the resource.

In addition, it addresses issues of decentralisation of development efforts, Community-Based Natural Resources Management (CBNRM), co-management of wildlife resources with stakeholders and privatisation.

Botswana is currently reviewing its tourism policy, which will be developed in harmony with the environment. For the policy to be successful, efficient management of national parks, forest and game reserves including wildlife management areas will be enhanced.

The recent media reports that link the withdrawal of certain types of weapons from the Department of Wildlife and National Parks and purported high incidents of poaching are unfortunate and misleading. The government took such action in accordance with Botswana’s national laws because it believes in the rule of law, and therefore where mistakes were made corrective actions had to be taken.

It is, therefore, my fervent hope that the IWT conference will generate ideas and recommendations that will help all the stakeholders come up with concrete solutions that will help governments eliminate the illegal trade in wildlife species while addressing the aspirations of those who live with these resources.