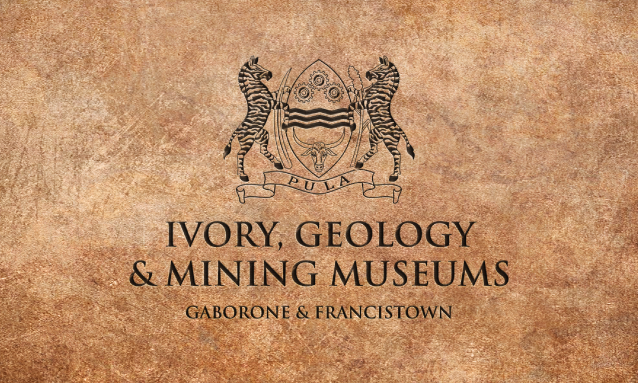 Botswana will open an ivory museum and a geology and mining museum, an official said on Tuesday. The ivory museum will be opened in the capital, Gaborone, while the geology and mining museum will be located in Francistown, the country’s second largest city. This was revealed by Stephen Mogotsi, Deputy Director of Botswana’s National Museums and Monuments.

The ivory museum will not only be about elephants, as it will also capture and showcase the importance of biodiversity, highlighting the necessity of conservation, Mogotsi told a briefing at an event Thursday celebrating 50 years of the existence of the Botswana National Museum and Monuments.

“We have the Kori bird, which is almost extinct; we have rhinos as well,” he said, adding that the museum will infuse culture such as indigenous knowledge systems into its overall presentation.

Mogotsi said plans to open the two museums will start next year with pre-development activities and that both projects will complete in 2021.