Yet anotherlocal traditional dance troupe, Kgabosereto has been showcasing Botswana culture in its raw form abroad. The group has been dazzling scores of spectators in Montignac, France with their unique dance routines.

The group was invited to take part in the 38th edition of the international folk festival as well as participate in other festivals within France from July 7 to August 26.

Sitang noted that the festival’s main focus was to get the world together by showcasing their cultures in line with UNESCO’s declaration for countries to develop their culture through such organised fora.

“An international organisation called CIOFF is coordinating the event, and encouragement was made for Botswana to consider applying for membership so as to reap the necessary benefits which include hosting such festivals,” he said at the time of the interview.

He said the Montignac Festival office, as International Folk Festival organisers, also invited Kgabosereto to take part in other festivals across French townships.

“These include Chambery, Le Puy, Felletin, Confolens and Cugand. The group only had eight members and had to have more added to the group to make up a bigger team for the festival. ”

Sitang further noted that Botswana was the only African country to enjoy the coveted opportunity of participating in the festival, which ended on Wednesday, August 26. 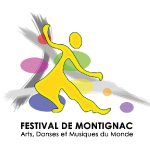 Every year, the town of Montignac – situated in the Vézère Valley – is charged with organising the “International Dance and Music festival”. Discovery and Friendship are the keywords used to define the Festival.
Artists from all over the world descend upon the town where art is believed to have originated (Lascaux cave). During the festival, the streets are teeming with artists keen to share their cultural wealth and their extraordinary talent.

YourBotswana View… Having seen video footage of Kgabosereto at the festival, it was refreshing to see that they made no apologies for bringing to France Botswana culture in its raw form. It wasn’t watered down and repackaged to suit. They simply said whether you loathe or love it; this is us Batswana, proud and comfortable in our skin. Interestingly, the French appeared to love it.

But this comes as no surprise to me because I know the French to enjoy various exotic cultures and the arts. Their curiosity and thirst for all things exotic means that they often readily embrace and celebrate foreign cultures as they are presented to them. For that reason, I think Kgabosereto being afforded the opportunity to perform at the International Festival of Montignac was areal coup for Botswana, its people and culture. Very well done, Kgabosereto!