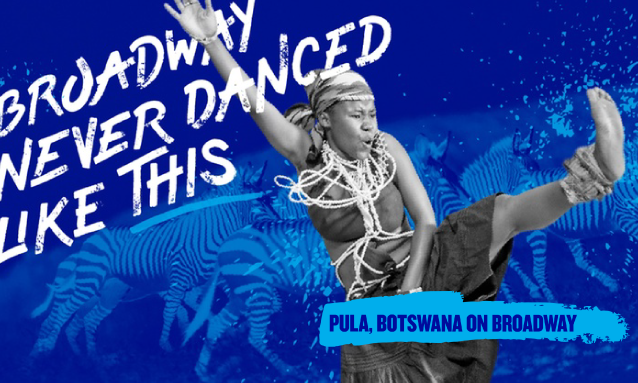 One of the first things you learn in “Pula!, Botswana on Broadway,” the large-spirited song-and-dance show performed by the I Love Botswana Ensemble, is that the non-English word in the title means “rain” and that rain is all-important to this semiarid African nation. The story that follows turns on drought. But the experience is one of abundance.

For a run of just three performances at the PlayStation Theater in Manhattan, there’s not much set, mostly some projections on a scrim, but the cast of nearly 40 fills the stage just fine. Singing in choral harmony embellished with ululations, they could be a village. When they stomp in unison, backed by low drums, you feel it in your gut.

This is a direct-appeal show, with a jovial narrator who says things like “our culture is beautiful.” The performers are generous, aiming their smiles right at the audience and accepting applause as dry earth absorbs water.

The live band plays drums and marimba but also groovy Afro-pop guitar and saxophone. In the dancing, knees stay bent and often wobble flirtatiously. Feet step quickly, sometimes with cowrie-shell anklets accentuating the percussiveness. Men heat up their footwork by slapping their ankles, and some of the women’s skirts make noise, giving a punch to the uppercut arcs of their hips. 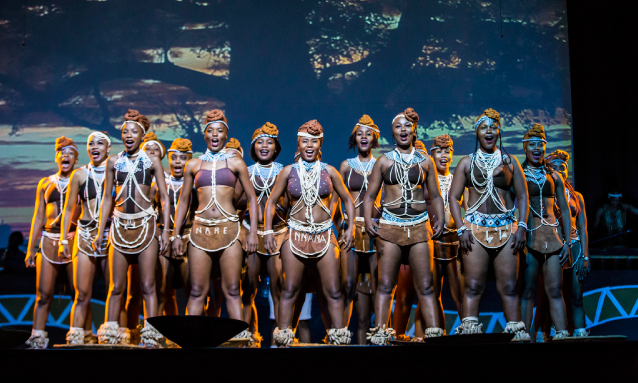 Some of this looks time-honored ritual. Other moves — like a scooting, cruising-in-a-car step introduced by a guy drunk at a wedding — you might want to steal for your next dance party. The choreography and direction, by Andrew Letso Kola, who also conceived the story, communicates through clear, simple gestures.

At first, the storytelling is communal and educative: This is how we work in the fields, this is how we celebrate the rain. But after a wedding, when the drought comes — cue sad music — the plot narrows in on an individual, the daughter of the rainmaker, who must take over her father’s role and search for a solution.

As that daughter, Lone Thabang Motsomi gives a passionate, committed performance. Bashfully sensual as a bride, she writhes through her transformation into the rainmaker as if she were giving birth. Later, in joy, she throws her husband over a shoulder and spins.

To arrive at that joy takes some time. The show, sponsored by the Botswana Tourism Organization, is presented by Battery Dance, which included a 45-minute version of “Pula!” in its New York festival last summer. This plumped-out version, plagued by poor sound on Wednesday, is more than 90 minutes, and there are stagnant spells, especially after the drought. 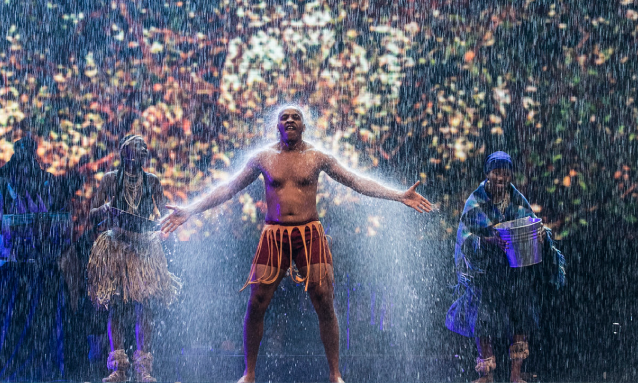