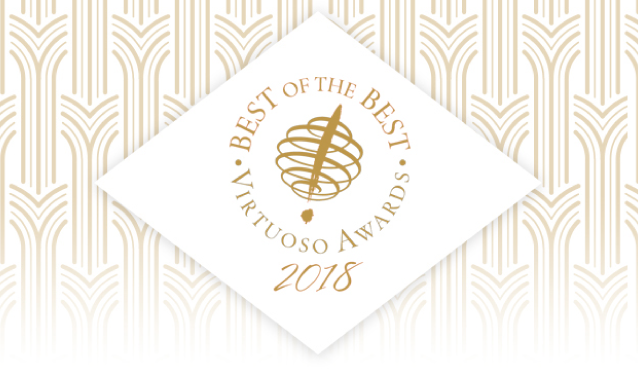 Global luxury travel network Virtuoso has recognised Wilderness Safaris as the winner of the Best Curated Travel Partner category in this year’s sought-after Virtuoso Awards. The awards were announced at the Destination Showcase Dinner on August 13, during the 30th annual Virtuoso Travel Week in Las Vegas.

Wilderness Safaris Virtuoso team, Craig Glatthaar, Alison May and Yandisa Ngcuka, were delighted to accept the award on the company’s behalf.

“Wilderness Safaris’ achievements, including their thorough knowledge and superior service, coupled with the value they place on the travel advisor relationship, have helped Virtuoso become the industry-leading network it is today,” said Albert Herrera, senior vice president, Global Product Partnerships at Virtuoso.

“As one of our exclusive award winners, Wilderness Safaris is enhancing Virtuoso’s reputation as a trailblazer in luxury travel, providing the network with a competitive edge in the products and benefits we offer savvy travellers around the world.”

“We truly value the support we receive from our advisors within the Virtuoso travel network and would like to thank them for this exciting recognition and for their ongoing support.

Virtuoso’s belief that travel and tourism can play a valuable role in the protection of cultural and natural heritage for future generations is closely aligned to our core reason for being and the vision to conserve and restore Africa’s wilderness and wildlife by creating life-changing journeys and inspiring positive action.”

“We are truly honoured to receive this esteemed recognition, especially this year as we celebrate our 35th year of purposeful travel,” he concluded.