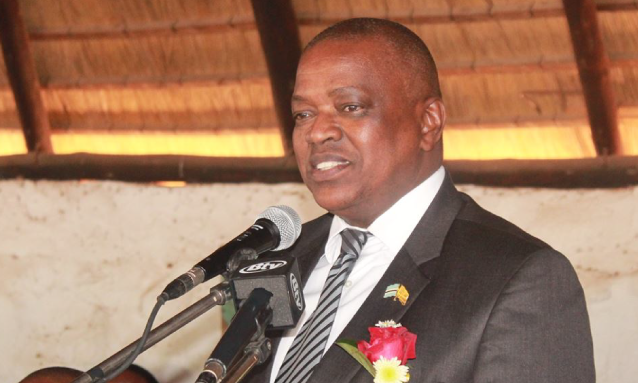 President Masisi this week travelled to Thamaga to address a Kgotla Meeting, where he also took the opportunity to introduce his cabinet ministers to the residents. The president, in his own words, reports on what transpired:

During my address, I urged the fully packed Kgotla to come up with innovative ways to help the government. Our country is facing challenges emanating from limited government revenue streams against increasing expenditure. The time has come for Batswana to ask themselves if they are just waiting for government handouts or play a meaningful role in the economy.

We need introspection and behavioural change to guard against the spread of HIV and AIDS, which is one way through which government funds could be saved. The government is ensuring an HIV free generation through the Prevention of Mother to Child Transmission (PMTC) and therefore, the onus is on citizens to protect themselves against the scourge.

I explained that HIV treatment is expensive not only for the government but also for affected households as those infected could lose jobs due to ill health and other expenses. Adoptive parents also find it difficult to care for orphans and the government had been roped in to provide foster care.

I also urged the residents of Thamaga to return to the traditional methods where families were strong, which was the only way of guarding against wayward behaviour.

I called on the residents to meet regularly not only on development issues but also to address social matters. I encouraged them to develop the spirit of volunteerism and offer assistance where needed.

I have also appealed to land boards not to be strict with the approval of the change of land use because Batswana should be free to utilise their land in any matter that could generate income. This should enable Batswana to freely convert their idle farms to tourism centres, thereby generating income for themselves as well as broadening government revenue streams. However, this should not just be done indiscriminately without regard to the environment.

I further reiterated the government’s efforts to transform education, not just by increasing funds but through the development of manpower. Education should not just be about the accumulation of certificates and higher degrees but should reflect on one’s behaviour.

The Thamaga/Kubung road was also in the plans but the onus was on the residents to prove that the road was important by using the farms in Kubung. The road is to link the farms with the market and therefore could play a meaningful role.

I appealed to the farm owners not to desert them because any idle farm would be forfeited by the state and reallocated and further said these should not be rented out to Zimbabweans as is the case with the Glen Valley farms.

However, it is competing with the road linking Botswana with Zambia, as this is the government’s priority given the huge potential of improved trade between this country and others. I’ll be leaving for China soon to request funding for infrastructure development, either a loan at a low-interest rate or a grant is needed to develop the road in Kazungula.