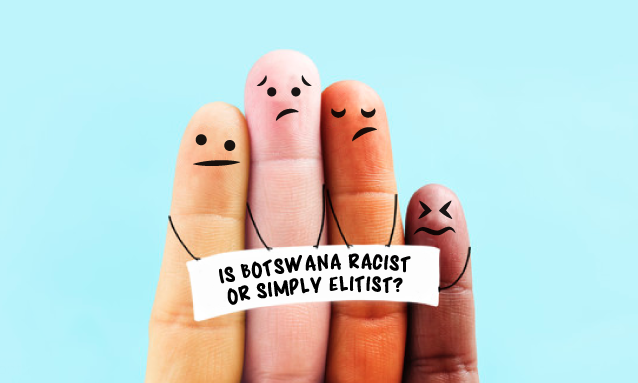 Naturally, the post drew a lot of interest, with countless people wading in to offer their two pence’s worth. We followed the discussion thread with great interest and decided to respond with a post via YourBotswana and here’s our opinion on the matter, although we have extended the subject beyond just customer service.

In my opinion; the short answer to the question is no, Botswana is not racist, but that’s not to suggest there is no racism whatsoever. Unfortunately, racism exists almost everywhere on the planet, Botswana is no different to many other countries and sadly, it’s unlikely racism will ever disappear. 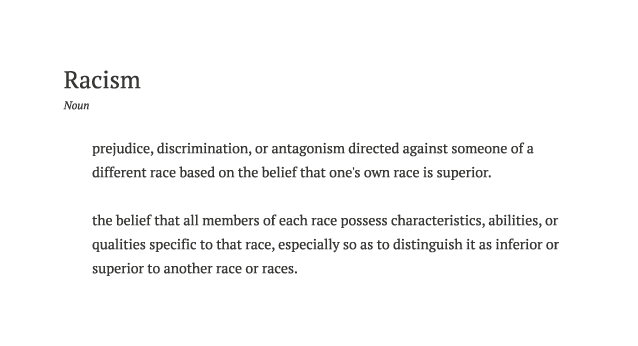 Naturally, the subject of racism is highly sensitive. Generally, when most people think about racism they think about white people hating black people and vice versa. Some believe the origins of racism dates back to the days of colonialism and slavery. But racism existed long before the white man stole people from African and sold them into slavery, a lot longer in fact.

Whilst racism is partly a result of fear and ignorance, the origins of racism are to be found in history. Slavery was not an invention of the middle ages – it had existed for more than a thousand years – but it started to become a more organised trade towards the end of the fourteenth century, when the Europeans began to take people from Africa against their will.

Botswana has never tolerated racism and it’s never been part of the society. Historically Botswana has encountered issues with white South Africans; as a result, the country became the British Protectorate of Bechuanaland in 1885 because of the threat from Boer freebooters. This lasted until 1966 when Botswana gained its independence. In 1965 the first President of Botswana, Sir Seretse Khama, recognised the country needed foreign support in order to prosper and therefore wanted an independent and multicultural Botswana.

What I believe is more prevalent in Botswana is elitism and both Batswana and non-Batswana are guilty. I think there are cases when people’s rude behaviour or snobbish attitudes are mistaken for racism. In the UK there is a class system that can fuel elitism, this is where people are grouped into a set of hierarchical social categories, the most common being the upper, middle and lower classes. It’s largely determined by the family into which a person is born, the upper class generally have status and can be rather wealthy. There’s no comparable class system in Botswana, there’s just people with money and people without money. The gap between the rich and poor is enormous and any guess of an average level of income wouldn’t paint the full picture. There are people who earn less than P1000 per month and people who earn close to P100, 000 per month (if not more).

People can look down on folk working in menial jobs, earning low-incomes (maids, security guards, shop assistants, cleaners). It’s quite sad because people in these jobs have very little and yet can be very generous, very friendly and caring. The elitists will be more affable and accommodating to those with status or perceived popularity. It’s strange that individuals can virtually ignore a security guard, someone they see every week at the supermarket, but heap praise and adulation upon someone they’ve never met or barely know. The elitist attitude can even stoop to the point people won’t pack their own groceries, leaving the trivial task to the checkout operator. The level of elitism I see is more discrimination than it is racism.

Time and time again we’ve commented in various posts that Botswana is a ‘who you know’ culture and a family name can be an advantage. Modern culture is also changing the dynamics and popularity is fast becoming a form of currency too. Expat communities can be closed off and private, even to their own fellow countrymen and I feel this is because certain factions have established their own micro class system. People can be tremendously sycophantic and disingenuous. Quite often you hear of people believing they have a strong and supportive network during the good times, but have observed those ‘friends and acquaintances’ disappear through the bad times. This is something I know all too well. But this shallow attitude exists everywhere in the world, but not everywhere in the world is like Botswana, whose culture and social structure was built on the spirit of botho, which is now diminishing.

Thankfully, the xenophobia that exists in South Africa hasn’t spread to Botswana, but I do fear it could slowly creep in if people don’t become enlightened. There are certain groups in South African that can take minor issues to the extreme, which can lead to devastating consequences where innocent people lose their lives. But South Africa is notorious for its crime and savage behaviour by some of its citizens.

But for every negative there are positives. Generally speaking, Batswana are friendly and welcoming. No matter how many rude people you meet; you’ll meet more pleasant people. I’ve personally experienced a couple of occasions when people driving past me have shouted, “go back home.” People have referred to me as “lekgoa” which can be a derogatory term for “white man”, similar to when Spanish speakers use the term “gringo”. On the flip side, people have seen me with my Motswana wife and congratulated her! Allegedly, some Batswana women, usually young women, target older white men and sometimes there’s a considerable age difference. So people jovially congratulate my wife because we break that mould.

Overall, I have not experienced direct racism and the large majority of Batswana I have encountered have not given me any reason to think my ethnicity or skin colour is in any way an issue. For a long time there has been the opinion that foreigners receive more opportunities than locals, when in fact I believe the tide is turning. Botswana is keen to empower Batswana and support local initiatives and local businesses, so these days being Motswana is more advantageous than it has ever been before. But ultimately, Botswana is a peaceful country and Batswana, Europeans and Asians from all backgrounds and various religions live here peacefully. So if you come to Botswana looking for racism, it’s so minute that it’s highly unlikely you’ll find it.

This article is based on my own personal experience of Botswana as a British expat. Below are some of the comments I took from the discussion thread on the Consumer Watchdog Facebook page on the topic of racism in customer service.