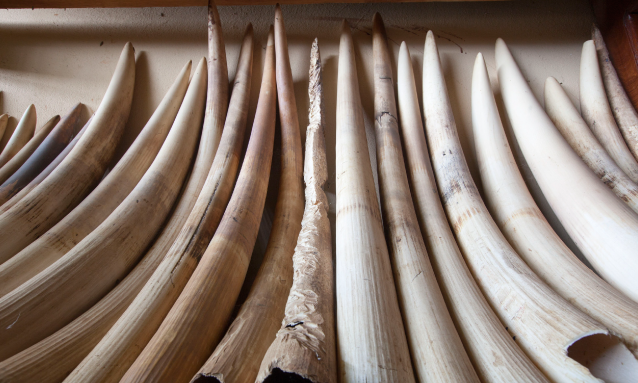 Botswana’s intelligence agency has been accused of using its anti-poaching operation to conceal elephant tusks from the responsible government department, potentially using it as a conduit for ivory smuggling.

This comes after the Department of Wildlife and National Parks’ (DWNP) anti-poaching unit raided a storage facility at a Directorate of Intelligence and Security Services (DISS) camp in Ngwashe, near Nata village in northern Botswana, allegedly finding a large stockpile of elephant tusks. 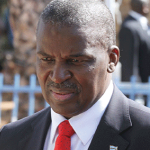 Highly placed departmental sources told INK that the department was unaware of the stockpile at Ngwashe until last week and that the DISS could not explain why it kept such a large number of tusks in a warehouse in the bush, as this was not standard procedure. They said the DISS officer at the scene could not account for the stockpile and told wildlife department officials that questions should be directed to Isaac Kgosi (pictured), the former DISS head who was sacked earlier this year.

The sources said the wildlife department has refused to take over the tusks without a proper inventory. The department wants to know how the DISS was able to collect so much ivory without its knowledge and where the agency got it from. According to wildlife officers, the correct procedure is that the DISS must first report to the department how and where it obtained each tusk.

Botswana takes a tough line on poaching and smuggling of animal products and follows an unwritten shoot to kill policy with poachers. The Wildlife Conservation and National Parks Act carries a fine of 50 000 pula (R64 750) or a 10-year jail sentence for possession of ivory.

According to a source, the raid on the Ngwashe facility would not have been possible without the support of senior DISS officials, who have called for reforms at the spy agency. Kgosi is alleged to have set up an illegal anti-poaching unit in parallel with the wildlife department’s unit. Department officials complain that the DISS overstepped its authority and that its anti-poaching outfit “gets in the way” of their operations.

There have also been rumours that the DISS unit was set up to smuggle ivory and launder money out of the country. The media reported last year that the agency had been on the radar of the Wildlife Intelligence Unit for some time following a tip-off that it was part of an international diamond and ivory smuggling racket. In mid-2016 three DISS agents were reported to have been arrested by the Wildlife Intelligence Unit at a roadblock in Makalamabedi in central Botswana, with elephant tusks cut into small pieces inside a sports bag.

The Sunday Standard alleged that information gathered by the unit suggested that agency officials had been smuggling ivory and diamonds out of the country in their Pilatus PC-12 aircraft as diplomatic cargo, which enjoys immunity from search or seizure. The DISS was seen as the personal fiefdom of Kgosi, who was formerly the private secretary of Ian Khama and enjoyed his protection over a 10-year period as the agency’s head. Kgosi refused to comment on the claims relating to the Ngwashe stockpile, saying he no longer works for the government.“Go and ask relevant authorities,” he said.

Who is Botswana’s new spy chief?

When he took over, Magosi, the former boss of Military Intelligence, publicly promised to change the DISS’s “old culture” of impunity. This week he confirmed that the agency has a storeroom full of elephant tusks at its Ngwashe camp, but insisted that there is nothing unusual about this.

Under a standing arrangement, the DISS anti-poaching unit often picked up tusks while on patrol in the bush, transported them to the Ngwashe camp and made arrangements for game rangers falling under the wildlife department to collect them.

“The tusks are recorded on a daily basis and we report any new finds to DISS headquarters. When the time is right we hand over the tusks to the department of wildlife and record the transfer.”

Following the above report, the Ministry of Environment, Natural Resources Conservation and Tourism issued a statement through which it has noted with concern a misleading news story produced by the INK Centre of Investigative Journalism, in association with the amaBhungane network, which appeared on the front page of the latest (15/7/18) edition of the Sunday Standard newspaper in an article entitled “DISS caught with a secret ivory stash”, which is also the basis of an article being distributed by the South African tabloid Weekly Mail and Guardian.

“In this respect we wish to inform the public that, contrary to what is alleged in the said article, the Department of Wildlife and National Parks (DWNP) has never carried out a sting operation on a DIS Camp in Ngwasha. As such, it is false and misleading that the Department of Wildlife and National Parks Anti-poaching Unit uncovered a secret stash of elephant tusks in Ngwasha.

Further to the above, it may be noted that Department of Wildlife and National Parks is aware of all ivory stored in temporary locations by security forces within Botswana and has an arrangement to regularly collect such material from time to time.”

It may be further noted that security forces are involved in Anti-Poaching operations and regular patrols in line with their mandate. During these operations, they sometimes come into possession of ivory retrieved from suspects and animals that die in the wild. It is, therefore, within their mandate to keep such ivory and all other wildlife bye products in safe custody until it is handed over to Department of Wildlife and National Parks.

The Ministry notes with concern an attempt in the story to give the impression that the DIS has been involved in Ivory smuggling. The Ministry does not hold that opinion as the DIS is a collaborating partner in the fight against wildlife crime, and it has been allocated a specific area to manage just like other security forces.

The decision to involve Security Forces being the Botswana Defence Force, Botswana Police Services, Botswana Prison Service and the Directorate of Intelligence and Security was taken by the Government. The DIS Anti-Poaching Unit was, therefore not formed by an individual as alleged.

In conclusion, the Ministry wishes to assure the Public of the good collaboration offered by all security forces in fighting Wildlife Crime.

Disclaimer: The views and opinions expressed in this article are those of the authors and do not necessarily reflect the official position of YourBotswana.