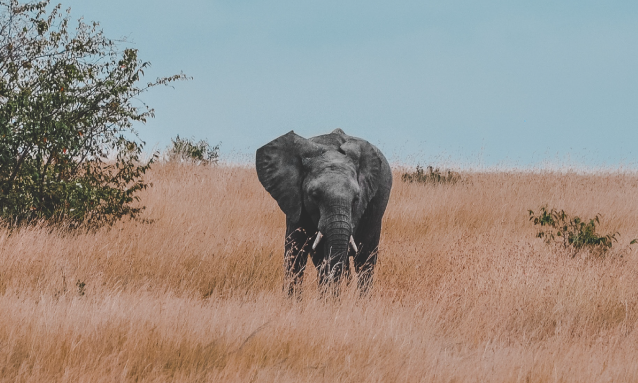 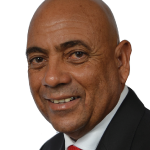 Parliament has adopted a motion tabled by Maun East MP, Kostantinos Markus (pictured left) appealing to the government to consider lifting the ban on the hunting of elephants in areas that are not designated as game reserves and national parks.

Debating the motion, the Vice President (also MP for Boteti West), Slumber Tsogwane said the human-wildlife conflict had spiked over the years. The Vice President said the Boteti Constituency in particular was hardest hit by the human-wildlife conflict. This is because large herds of elephants roam freely in marginal rangelands. The growing human population has also reportedly resulted in the encroachment into land inhabited by wildlife. 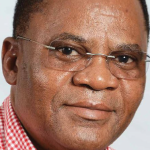 VP Tsogwane (pictured right) highlighted that the human-wildlife conflict is one of the main threats to conservation efforts countrywide. Additionally, he said given the fact that there is wildlife living outside protected areas; one of the real challenges to conservation is finding ways to enhance and sustain coexistence between the people and wild animals. He said the spike in elephant numbers has also impacted on land conservation plans, as elephants tend to over graze and destroy the natural landscape.

“Given the economic and social importance of both wildlife-related activities and agriculture, balancing the relationship between wildlife species and agricultural production is critical if the needs of all of the respective interest groups involved with these commodities are to be met,” he said.

Tsogwane however, stressed that the motion should not be regarded as a license to promote the poaching of elephants, as the government would implement stringent measures to protect elephants and other wildlife spies. He further said that the government would consult with all the relevant stakeholders to facilitate the harmonious human/wildlife coexistence. 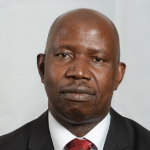 For his part, Tati East MP, Samson Guma (pictured right) urged the government to act swiftly on how best to resolve the human-wildlife conflict and lifting the hunting ban because hardly a week goes by without elephants invading farms along the Botswana/Zimbabwe border.

“Elephants inhabiting the nearby parks easily stray outside perimeters in search of forage, water and a place to breed, thereby destroying everything in their path,” he said.

Guma said the rise in the numbers of both the elephants and people in the area has intensified the competition for resources between the two. According to Guma, because of this, local subsistence farmers’ aspirations to turn commercial remain a distant dream.