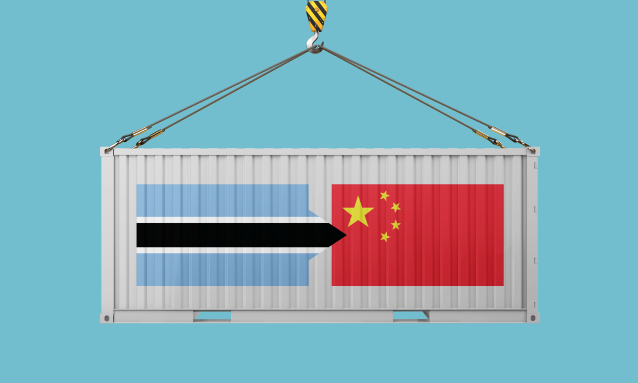 It has come to light that the Nhabe region has the potential to grow and export hybrid rice. This was revealed by Maun Senior Assistant Council Secretary, Mogomotsi Seemule on her return from a recent benchmarking trip to China. Seemule said the hybrid rice project was once piloted in the district and that the findings at the time had indicated that the project did not fail, but rather collapsed due to lack of commitment after being handed over to the community. She said following the benchmarking trip, there was hope the council could re-group and consider revitalising the project.

She highlighted that the project is doing well in China, adding that the country had indicated its intention to produce more rice to feed the whole world by 2050. Currently, China feeds half the world and aims to have increased rice yields enough to feed 60 per cent of the world by 2030.

Furthermore, Seemule said China has expressed interest in partnering with the Nhabe district to trade locally made products. She said Ngamiland could take advantage of the opportunity to export its indigenous products such as tswii, dried fish, baskets and other products to the Chinese market.

If the partnership went ahead, she said local communities would need to be empowered to form cooperatives, while the council establishes a central marketplace aimed at assisting beneficiaries with the packaging and marketing of the products.

“We have the potential to export our indigenous products to the Chinese market through a partnership with the Changsha Agricultural logistic centre. We can also establish an internet page to sell our products online,” she added.

Seemule also revealed that the National Food Technology Research Centre had opened its doors to assist in the training of beneficiaries to enable them to produce quality products. The centre has devoted its efforts to ensure the availability of safe, quality and nutritious food to Batswana through a number of activities in the area of food quality, the development and dissemination of food processing technologies as well as food and nutrition programmes.