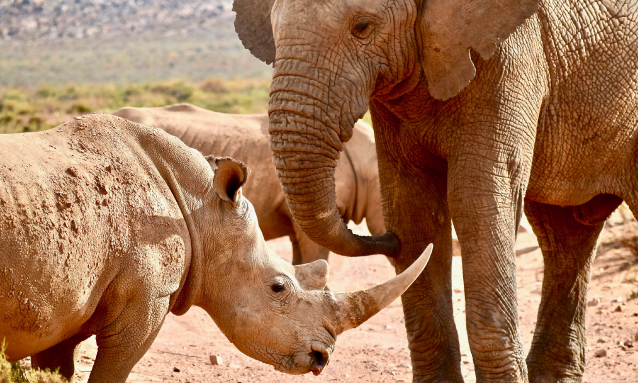 Botswana’s Wildlife Conservation and National Parks Act (or the Wildlife Act) enforces the protection of wild species and natural habitats, with a particular focus on keystone species slaughtered for the illegal trade in wildlife products. Crimes against rhinos attract both the highest fine – BWP100,000 ($10,000) – as well as the longest prison term of 15 years. Other crimes involving the illegal killing of wildlife, hunting without permits, trade in wildlife and wildlife products, and dealing in wildlife trophies carry high prison terms ranging from five to 10 years.

Penalties under the Wildlife Act involve a combination of fines and imprisonment. However, while the custodial sentences are quite high, the financial penalties are very low in comparison. It is, therefore, unlikely that the fines under the act provide a significant deterrent effect. Moreover, the legislation only provides for maximum penalties and, therefore, the judicial officer’s discretion is wide open.

In Moremi and Others – Vs. ‐the State (2009), the two appellants were convicted of unlawful possession of a government trophy – a wildebeest skin and some game biltong – and were sentenced to pay a fine of BWP5,000 ($500). On appeal, the High Court held that in the circumstances of their case, the maximum sentence was disproportionate and manifestly excessive. The sentence was reduced to a fine of BWP2,000 ($200)

“Any weapon, trap, animal, vehicle, aircraft or boat used for the purpose of or in connection with the commission of the offence shall be forfeited to the State.”

The High Court of Botswana has held that for an item to be forfeited, it must have been used to commit the offence.

In Oatlhotse -Vs.- the State (1993), the appellant was convicted and sentenced on a charge of hunting without a license. The Magistrate ordered that his vehicle be forfeited to the State. He appealed against the sentence imposed on the grounds that he had merely used the vehicle to give a lift to his co‐accused. The High Court held that there was nothing to suggest that the appellant had used his vehicle for the purpose of or in connection with the commission of the offence charged. Had the appellant actively taken part in the commission of the offence, the motor vehicle to have been liable to forfeiture. Notably, an item can be forfeited even where the accused person has been acquitted.

The Wildlife Act also provides for administrative penalties including the destruction of instrumentalities of crime and the cancellation of permits. Under Section 8, where any animal or vegetation is introduced into a national park, that particular animal or plant is subject to destruction; a fine and/or prison term is imposed on the offender.

The legislation further provides for higher penalties for repeat offenders with the maximum penalty being increased by 50 percent. Where the offence is in connection with a rhino or elephant, the penalty for the repeat offence shall be a term of imprisonment without the option of a fine.

For the complete article: awf.org