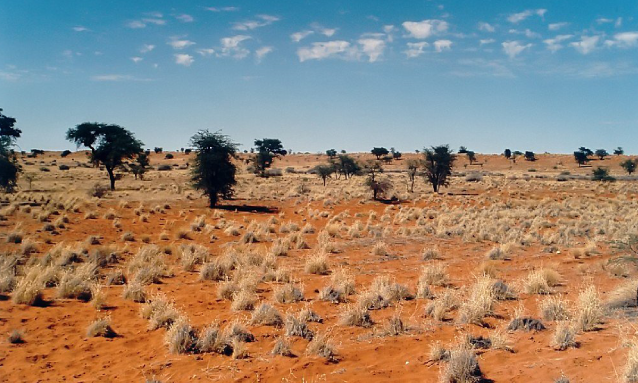 The African country emerged from poverty thanks to its diamond mines and deposits but these are not unlimited. Attracting more tourists and being an example of sustainable travel destination is slowly becoming the new economic engine for undeveloped countries.

Botswana’s tourism is the new brute diamond discovered by the authorities, and they have plenty of reasons to believe it such as the spectacular Okavango Delta, formed by a river of the same name, travelling across 22,000 square km of surface without ever reaching the sea. The water of the Okavango River eventually evaporates in the sand of the unexplored Kalahari Desert, inhabited by the Bushmen, one of the oldest tribes in the world.

Not to mention the Chobe National Park, also found in the Kalahari Dessert, which is home to the largest elephant population on the continent, or the impressive biodiversity that populates the entire country, including five great wild mammals; lion, elephant, leopard, rhinoceros and buffalo.

This paradise, around the same size of France and with only 2.2 million inhabitants was one of the 13 poorest countries in the world 50 years ago, right after achieving its independence.

But it had something very valuable, besides its ecosystems and a democracy; diamond mines that were exploited by the De Beers Company, although managed by the government of the first and revered President Seretse Khama. Thanks to these policies, Botswana steadily grew, sometimes at rates above 9% of its GDP, eventually becoming what is now considered an average economy. This allowed improvements in health and education, and infrastructures.

But Botswana is now noticing how its golden egg goose is running out and that new alternatives must be explored.

Along with meat exports, which is another important asset, Botswana’s tourism is the only hope for the country.

“We know the value of our natural resources, but we do not know how long they will last if we do not preserve them, that’s why we’re going to take care of them,” says Khama. “Besides, we don’t want to be another African safari destination, we have to make a difference and we can do it through our way of handling our responsibility for Mother Earth,” he adds. 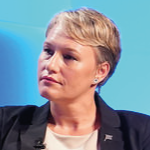 The government has been working on these lines and its effort has paid off. In 2017, the Botswana National Tourism Organization (BTO) received one of the prestigious Tourism for Tomorrow awards granted by the World Travel & Tourism Council (WTTC). One of the measures is that the State owns the land to ensure that resources are exploited in a responsible manner. Currently, 38% of the national territory is protected and leased for periods of 15 years (renewable for another 15) to companies that meet the criteria of sustainable management set by the Government and whose facilities are officially recognised as ecotourism accommodation.

“When you arrive at a luxury hotel in the Okavango, you find that the land is protected at governmental level and administered by the communities,” explains Jillian Blackbeard, executive manager of BTO (pictured above).

Botswana also banned hunting wild species in 2012 and today can claim to host the largest population of African elephants in the world (130,000, which is a 37% of the total) at a time when poaching and climate change are depleting the species elsewhere in the continent: for the last seven years, humanity has killed at least 144,000 specimens, about 30% of the elephant population.

Another goal of the Government is introducing mandatory school subjects about protection and preservation from the fourth year of Primary school.

“We have carried out projects with several schools for planting one million trees in the Okavango region,” Minister Khama recalled. “And we must not forget the responsibility and transparency, which are taken very seriously here in Botswana,” he added.

Research indicates that Botswana’s tourism is steadily increasing: in 2016, it exceeded two million visitors, with a direct contribution to the GDP of 3.9% (10% of the total) and investments in this industry accounted for 8.5% of the total, according to the Botswana annual economic report of 2017.

“The employment rate in the sector is probably among the highest of the country, with 35,000 direct jobs and around 125,000 indirect jobs,” reports Minister Khama.

To create new jobs, the Minister of Tourism is committed to “more creative ways”.

“We need to open the country and allow new ideas to surface and these ideas will come with investments, work and residency permits.”

The World Bank Group’s Ease of Doing Business Index for 2017 ranks Botswana in the 81st place out of 190 countries, one rank lower than the previous year. The reason lies in the difficulties to obtain financing and employment visas for foreign workers, as well as the high costs of electricity. These are critical aspects to improve upon.

Meanwhile, Blackbeard recalls that companies that lease government territory have the obligation to hire a certain number of people within the community, and 6% of the state revenues in Botswana’s tourism sector areinvested in the local population, for the creation of hospitals, schools, etc.