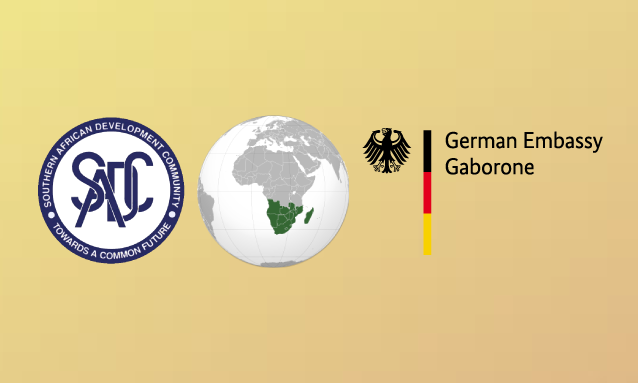 A financing agreement of 15.5 million Euros was signed for Phase 3 of the KAZA programme between the Federal Republic of Germany, through the German development bank, KfW, and the Republic of Botswana on behalf of the 5 KAZA Partner States, represented by the Ministry of Environment, Natural Resources Conservation and Tourism’s Permanent Secretary, Thato Raphaka (pictured right). 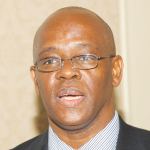 This was done in the presence of Ambassadors from the Partner States; Mr Mbapeua Mnvangua of Namibia and Mr Thomas Mandigora of Zimbabwe, Domingos Gove of the SADC Secretariat and the German Ambassador to Botswana, Ralph Breth and Peace Parks representative Mr Modise.

Speaking prior to the signing of the agreement, Raphaka said the five partner states had long awaited the momentous occasion, marking the beginning of a five-year period during which Germany would fund Phase 3 of the KAZA Transfrontier programme. Raphaka commended Germany for its support and described as humbling, the latter’s interest in the KAZA region’s developmental issues. 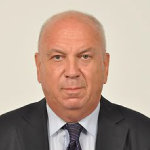 For his part, Mr Breth highlighted that the KAZA Transfrontier conservation area’s objective is to ensure a win-win situation for both the region’s communities and its flora and fauna, among others. Ambassador Breth (pictured left) stated that there is an urgent need to safeguard the interests of both instead of protecting those of one group at the expense of the other.

This new commitment builds on previous commitments for phases 1 and 2, which amounted to 20 million Euros. The commitment further extends the German-SADC development cooperation in the sector of transboundary natural resource management and conservation, which has supported nearly 10 projects and programmes of technical and financial cooperation since the year 2000, at a cost of about 125 million Euros. An agreement was also signed with the Peace Parks Foundation (PPF), which has been assisting with the financial management of donor funds for the KAZA.

The KAZA TFCA is the largest terrestrial transfrontier conservation area in the world, spanning five southern African countries – Angola, Botswana, Namibia, Zambia and Zimbabwe with an area of about 520,000 km² (26 times the size of Kruger National Park or equivalent in size to France). KAZA comprises multiple land-use areas including a vast array of protected areas such as national parks, nature and forest reserves, game and wildlife management areas, community conservancies, major river basins and freshwater resources.

It hosts three World Heritage Sites: the Okavango Delta, Victoria Falls, and Tsodillo Hills. The KAZA TFCA is a world-class tourism destination that attracts local, regional and international tourists and supports a growing tourism industry that provides employment, foreign currency and revenues to the communities, private sector and governments. However, building a conservation-based economy requires the active management of challenges including resource mobilisation, poaching, depletion of forest and fishery resources, human-wildlife and land use conflicts.

These are exacerbated by the vast area, ambitious objectives and the need for synergy between the 5 Partner States. This collaboration, founded on the KAZA TFCA Treaty signed in 2011, demonstrates the strong partnership and commitment to regional integration, peace and security, cross-border development and trade. Hence, this is an endeavour that requires long-term commitment and investment.

Great achievements have been made so far in terms of institutional developments, among them the establishment of the Treaty, a regional secretariat, management committees, thematic working groups and functional community-based transboundary forums. The TFCA has developed national and regional strategies and integrated development plans including project investment portfolios, databases, maps and other resource materials. The new financing of 15.5 million Euros will focus on specific wildlife dispersal areas and implement activities with tangible benefits.