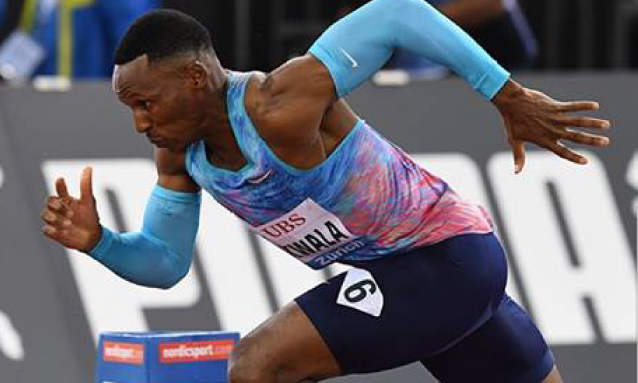 Last Sunday Isaac Makwala did it again! Botswana’s man of the moment clocked 19.96 to finish in position one at the Seiko Golden Grand Prix in Osaka, Japan.

Hot on his heels in position two was Chinese Zhenye Xie, followed by America’s Dedric Dukes. Makwala’s time has placed him in position four in the world in the 200 m, with some pundits believing that he could still improve his time based on his performance this season.

“We have been doing a bit of speed during our sessions towards this competition. So we are happy with the time. The next stop is the Eugene Diamond League where we will also run the 200m,” Dipeba said.

Makwala did participate in the 200 m Diamond League yesterday but sadly, dropped out due to an injury. It was truly heartbreaking because he got off to a flying start as he surged way ahead of his competitors but then fell behind and ultimately ground to a halt unable to run through the pain. So in essence, he sat this one out. 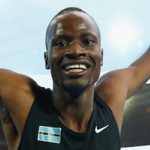 Meantime, Nijel Amos finished second in the 800 m IAAF Diamond League in Prefontaine Classic at Eugene Oregon in the USA. Kenya’s Emmanuel Kipkurui Korir denied him the chance of first place. Korir stumbled early in the race but overtook Amos on the final straight. Following the race, Amos stated on his Facebook page;

“Yesterday I stepped back on track after a month spending most time on (sic) therapists rooms. Just over a week back on training. Huge step on (sic) right direction. The only time you will never be able to put your pieces back together is when you are among those who have let negative energy find comfort in them.”

Good job, the both of you! We are confident you’ll both bounce back and return stronger, better.