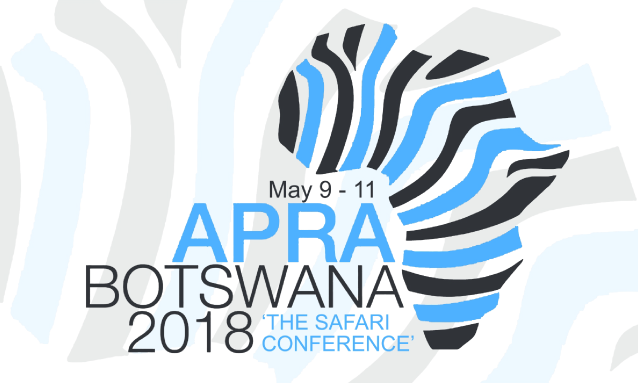 The Africa Rising narrative has suffered a terrible blow in the last couple of years. With headwinds from falling commodity prices, many African countries suffered significant economic slowdowns. Some of the continent’s largest economies like Nigeria, South Africa and Egypt did officially enter into a recession. Overall, there is hope that the continent will be on a slow path to recovery.

However, some countries seem to be better positioned than others. One such country, Botswana, an oasis in the Southern African deserts and a compelling investment destination is a case in point.

As Africa converges in Gaborone Botswana in May for the annual African Public Relations Association Summit in May 2018 and for which I will be a delegate and a keynote speaker, it is important to prepare our minds for what is in store for participants at this annual assemblage of public relations practitioners from around the continent.

First of all, let us understand the context for Botswana’s formative years. This sparsely populated country at independence in 1966 was one of the poorest countries in the world. It had an annual per capita income of just about $70 and about 60 percent of the government expenditure consisted of international development assistance. The country’s infrastructure was seemingly hopeless, with only about 12 km of paved roads and agriculture (mostly cattle farming for beef production) accounted for 40 percent of gross domestic product (GDP).

Over the last two decades, however, things have changed particularly with relative political stability and economic growth. Botswana now has an ‘A’ Standard Sovereign Credit ranking (Moody’s, S&P), high GDP growth rates (4.7% in 2017), 81/190 on the Ease of doing business and 5th in Africa, an identity as the least corrupt country in Africa according to Transparency International, a workforce 82% literate and strong adherence to the rule of law and judicial independence. Its per capita GDP moved from $70 in 1960 to $6,788 in 2016.

Botswana is now one of only a handful of upper-middle income countries in Africa and offers clues for how African countries can achieve economic prosperity. In the 35 years leading up to 2001, it had the fastest per capita growth rate of any country in the world. It has shown sustained and stable economic prosperity, a high level of intolerance for corruption and relative political stability; given the struggles most of its African counterparts have had with political instability. These are essentially the pillars on which this land-locked country of less than 2m people has built its economic prosperity.

With the discovery of gold in the early 1970s, Botswana had two choices; fritter it like many the other African countries were doing with their mineral resources or prudently manage the resource. Thankfully, it chose the latter, with the government choosing to own half of the single gold mining company in the country, Debswana (owned with the global mining group, De Beers), electing to judiciously spend the proceeds from diamond exploration on social development efforts.

The country’s leadership was always different from what its African counterparts had to offer. It took decisions that protected the country from the dangers of mineral discovery. One such decision was for the government to significantly invest in public infrastructure. It also improved government efficiency by controlling the growth in the size of the civil service.

It overcame the curse of commodity volatility by saving mineral income, preventing the exchange rate volatility that comes from pro-cyclical government expenditure. This approach to governance has actually reduced the incentive for corruption and a leaders’ sit-tight approach. This much can be seen from the voluntary stepping down of the country’s former President, Ian Khama, paving the way for the emergence of the erstwhile Vice President, Mokgweetsi Masisi as President.

In making the country investor friendly, Botswana has a 22% corporate tax rate, which is lower than the global average of 23.5% and well below the African average of 27.85%. The country offers duty exemption on the importation of plant & machinery and no foreign ownership restrictions. The country’s attempt at economic diversification is premised on the commercialisation of agriculture and the agribusiness sector, mining, manufacturing (with a particular focus on import substitution) and services. Other diversification opportunities include infrastructure and property development, hospitality and tourism, energy and transport & logistics.

With its special economic zones (SEZs), the country offers local and international investors developed infrastructure, state of the art technology, beneficial inter-sectoral linkages, Economies of scale, specially trained skilled labour force and targeted economic incentives. The story of Botswana truly inspires and shows that with vision and focused attention on good governance, setbacks can indeed be used as the elixir for prosperity and transformational growth.

A lot do not know that in Africa, Botswana boasts of the best beef available and the likes of Namibia and South Africa follow suit in that order. It has the second largest pension fund in Africa after that of its large neighbour South Africa. With its fauna and flora and the Kalahari in its glory, the tourist lodges that abound make it a haven for tourism and it is booked all year round.

Nigeria has a lot to learn from this tiny nation of peace, tranquillity, good governance and the rule of law. The stability required of a nation on the quest for industrialisation and economic transformation is very much in view from this tiny oasis in the desert. Botswana, the Land of the Zebras is open for business, let us embrace it with open arms. 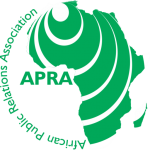 The 30th edition of the annual African Public Relations Association (APRA) conference, themed “Re-PResenting Africa”, will be hosted in Gaborone from May 9th to 11th, 2018.

Aptly tagged APRA Botswana 2018, the conference will continue the association’s longstanding quest to change Africa’s narrative by further defining strategies for driving such change. Emphasis will be on storytelling as a tool of public relations, a re-evaluation of the ethics of the profession, issues of Fake News and Alternative Facts. The conference will consist of plenary sessions, workshops and trending case studies. It is designed to better equip the modern PR practitioner to face current challenges.

Notably, APRA Botswana 2018, already endorsed by the International Public Relations Association (IPRA), will also feature the second edition of the SABRE Awards Africa showcasing the best in public relations work from across the continent. This event is organised in partnership with the renowned Holmes Report.

Parading an enviable array of speakers and facilitators, from both within and outside Africa, APRA Botswana 2018 will play host to professionals from various sectors of the communications industry including public relations, marketing, advertising, branding and media. APRA Botswana 2018, understandably dubbed the ‘Safari Conference’ given its location, promises to be uniquely different: offering a perfect blend of business and pleasure, as delegates will experience Botswana’s rich cultural heritage and famous wildlife. 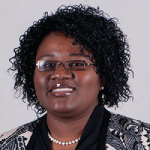 According to Faith Tuelo, the Chairperson of the Public Relations Institute of Southern Africa: Botswana Chapter,

“We are very excited to host the 2018 ARPA conference and are incorporating a number of tourist attractions to make it an unforgettable experience. Botswana is known for its tourism, so delegates will have the opportunity to visit an array of breath-taking tourist destinations, properly planned, with full details shared well ahead of the conference.”