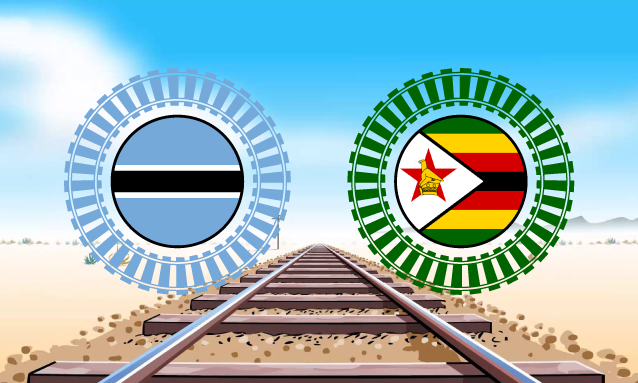 Botswana and Zimbabwe will push ahead with an ambitious 1.500km rail project, at a cost of us$600 million. Mozambique is also involved in the project after the three countries signed a memorandum of agreement (MoU) in 2016 but talks were only revived recently.

The railway line is expected to link Francistown in Botswana, Bulawayo in Zimbabwe and the Mozambican port of Techobanine to facilitate enhanced regional trade. According to the MoU, each country is expected to provide US$200 million towards the project, with the rest of the work to be done through public-private partnerships (PPPs).

Upon completion, the venture will facilitate inter-regional trade through the movement of passenger rail traffic and up to 12 million tonnes of goods per annum through the three countries.

Zimbabwean President, Emmerson Mnangagwa and his former Botswana counterpart, Ian Khama, held talks over the project during the former’s state visit to Gaborone in February. This week, Botswana reiterated the need to speed up talks and move closer to the start of the project, when new Botswana President, Mokgweetsi Masisi visited Harare on Monday.

Masisi was accompanied by the Minister of Energy and Transport, Kitso Mokaila with the rail project forming part of the agenda. Masisi took over power from Khama on April’s Fool Day and made his first visits abroad to Namibia and Zimbabwe on Monday. The Ministry of Foreign Affairs Permanent Secretary, Gaeimelwe Goitsemang told the media that Masisi was accompanied by Mokaila “as there is a pending project”.

“There is the issue of the Trans-Kalahari with Namibia and the dry port facility in Walvis Bay.

“These are critical projects that the two countries have been working together on. With Zimbabwe, there is the railway line that runs up to Mozambique project in the pipeline.

“It is still at its infancy stage, therefore, (the visit) is one way of seeing how the discussions can be advanced to the next level so that the project can start off,” Goitsemang said.

He said Masisi’s early visits to Namibia and Zimbabwe were meant to strengthen bilateral relations with the neighbouring countries. Khama visited Namibia last month, while Mnangagwa was in Botswana for a state visit in February. Closer ties between Zimbabwe and Botswana are expected to boost trade between the two countries, following a decade of frosty relations.