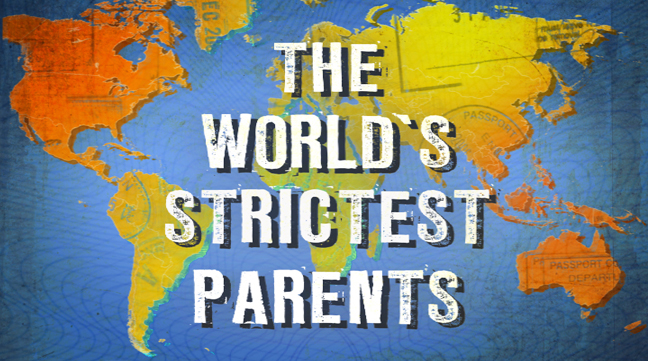 The World’s Strictest Parents is an international television franchise reality series developed by TwentyTwenty Television with its original broadcast in the UK by the BBC on the BBC Three channel. The concept is that two unruly teenagers are sent to live with a strict family either locally or abroad for a week in an attempt to change their attitudes, outlooks and behaviours in general.

For a week they live under the strict rules of the Selelos, a middle-class Botswana family who live 30 miles from the capital city, Gaborone. Dad Michael worked in the army and mum Marianyana worked as a nurse. The Selelos believe that a strict hierarchy is key to raising a happy family, and demand that teens respect their elders at all times, both in the family and in school. The daily routine includes getting up at 5.00am, completing homework every night, and washing the elders’ hands before each meal.

In the clip above, the teenagers visit the tribal Kgotla, a local magistrate who can punish children with beatings for rudeness in the home. However, Leigh strongly believes children have rights and should not be disciplined in such a manner.

To watch the full episode visit – https://www.youtube.com/watch?v=JOj7ZFuR45Y – you will need to sign in to verify your age.