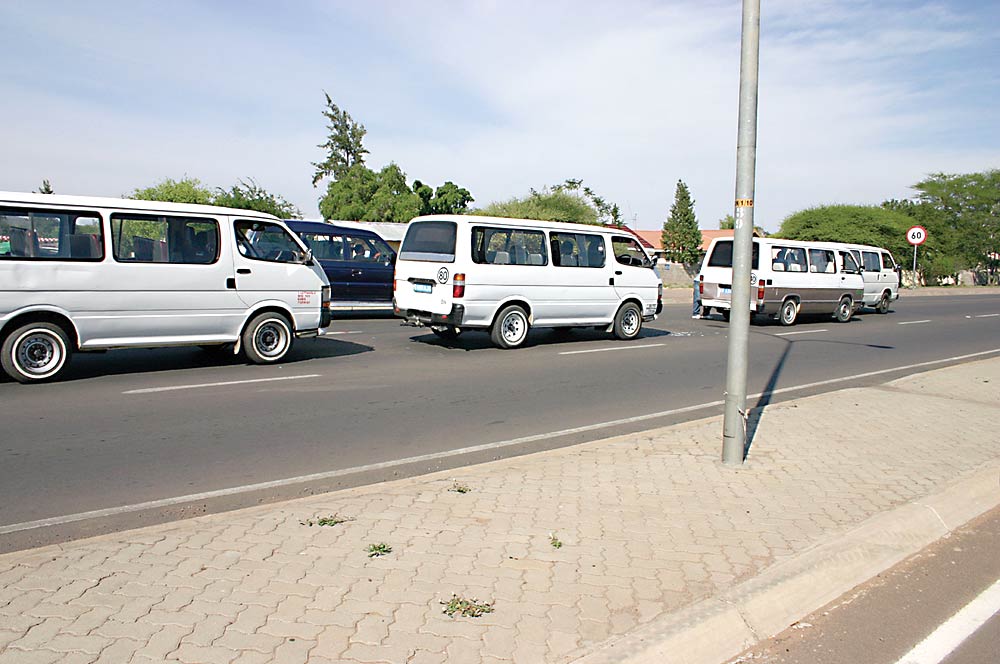 Because combis are privately owned, there is no real set of rules that applies to them across the board. For the most part, they operate in a similar manner and obviously have to observe all guidelines set by the Department of Transport. However, there are also many differences from route to route. Today though, I’m here to commend Tlokweng Route 6 for taking steps to improve service delivery.

For all my frustrations with a lot of combi services, I feel that I have to applaud good work where it’s deserved. One of my bugbears with combis is the practice of waiting for a combi to fill up at the starting point before it departs. I find this practice counter-productive, and I’ll tell you why.

If we are look at Tlokweng Route 6 for instance; whose starting point is Game City- before, it would fill up and set off for Tlokweng, as is the norm with all other combi routes. The problem with that? Between the starting point and where it terminates, there are a lot of stops at which there are always countless people waiting to get a ride. But because the combi is already full, they often have to wait ages to get a seat as combi after combi goes past full.

Most of the time nobody gets off before River Walk, meaning a lot of people are left behind waiting at stops for what feels like forever. When one does occasionally stop with 1 or 2 empty seats, there’s a scramble to get on because not enough people get off to create enough room for everyone at the stops. Fed up with waiting endlessly to get on, some people often opt to either get the Broadhurst Route 5 to take them part way to their destination, or go the long way. The latter essentially means going back on themselves towards the station, where they are able to easily get on a combi.

Luckily for people heading to Tlokweng from Game City, it looks like Tlokweng Route 6 operators have finally realised they are missing a trick, and taken steps to correct this. The system they’ve now adopted means you’ll no longer have to wait for Tlokweng Route 6 to fill up before it departs! There’s now a Tlokweng Route 6 combi leaving every five minutes, whether it’s full or not! I have to say well done Tlokweng Route 6, and hopefully this new system will trickle down and across all other combi routes.

I feel that the routes which could benefit immensely from this practice are Tlokweng route 1-3. The current system they employ shows no regard whatsoever for the passengers, and doesn’t make sense to me. They currently let only one route at a time ‘load up’, while the other two grind to a halt waiting their turn. Tlokweng is a big area, and while many people will often head in the same direction to start with, their destinations then split and go various ways as you go further into Tlokweng. Everyone knows where they are heading and have a preference of combi based on their destination.

However, this is something that Tlokweng combi operators are yet to understand or blatantly refuse to embrace. While people collect and wait, the combi operators can often be heard cajoling them to get on the combi, any of the three, to fill it up so ‘we can all move along’, as if people don’t know where they are going.

My advise to them first of all, is to line up the three combi routes and let people choose whichever one they need to get on. Simply, there’s absolutely no need to teach people how to suck eggs! Secondly, like Tlokweng Route 6, I feel they could do well to leave every 5-10 minutes, whether the combi is full or not. There are a lot of stranded people along the way praying for a seat on a combi. I also feel that this would mean there’s less need for them to fight over and race each other for passengers, which is reckless.

I guess only time will tell if what Tlokweng Route 6 is doing is effective, and hopefully word will travel to other combi operators, prompting them to change how they operate. Above all, I hope they stick with the new system.